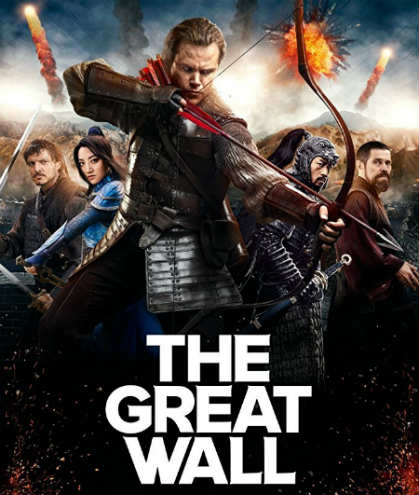 The Great Wall of China is one of the Seven Wonders of the World. It is something that stretches out over five thousand miles of China. There are towers, walkways, and it is widely agreed to be a very impressive structure to behold.  In 2016, director Yimou Zhang, the director of films such as House of Flying Daggers and Hero, worked with a team to bring the historical fantasy action/adventure drama The Great Wall to life. The movie was filmed mostly in China, with some parts being filmed in New Zealand. The Great Wall itself, however, was a digital creation.

The story of The Great Wall follows the adventures of mercenaries William (Matt Damon) and Tovar (Pedro Pascal). They have teamed up to trade for a legendary substance, black powder. After killing a mysterious beast that eats the rest of their team, they find themselves at the Great Wall. Here, they learn that the beast is called a taotie.

These are a race of aliens who are seeking to consume China, and then the world. All that stands in their way is the Wall and the men and women who defend it. Tovar wants to find the black powder and get out of China. William finds himself drawn to the idea of fighting for something more than money. Meanwhile, the taotie are growing clever, forcing William and the Commanders to work together to help protect the world.

William is a mercenary who trusts no one. Fighting only for himself, he suddenly finds himself in a situation where trust is not only valuable but necessary. As the story goes on, he grows into more of a hero. Matt Damon is able to play him in such a way that his inner conflict shows in his eyes, as well as his wonder and amazement at what he sees. 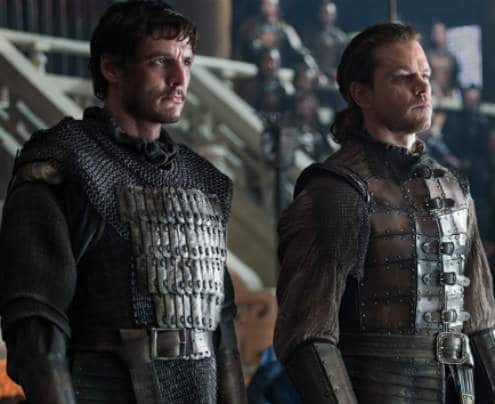 Tovar is a bit of a scoundrel. Pedro Pascal plays him wonderfully. He is a mercenary who is used to being taken advantage of. Tovar also has had practice not trusting anyone around him. While he is a character who is not going to sacrifice his life for the greater good, Tovar is still, strangely, deeply likable. I was rooting for him to survive.

Hanyu Zhang plays General Shao. He is a strong military leader who is charged with an almost impossible task. He and his army are defending China from these monsters. However, the stakes are even higher than that. If they fail, the whole world will fall. He has the right amount of gravity to make him an effective leader, while still being human.

Commander Lin Mae is another main character. She is the chosen successor of the General. Lin is a character who grows and changes throughout the film. She commands a squad of female warriors, who dive off of the wall with spears to attack their enemy. This led to some of the coolest parts of the first big fight scene. Though, to be honest, the whole fight scene on the Wall was pretty amazing. 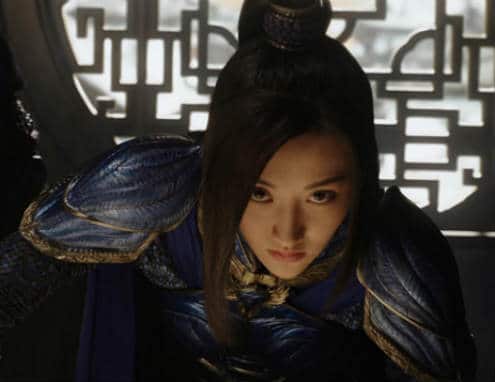 While there were some hints that Lin and William were developing feelings for each other, they never really acted on those feelings. The ending was a little bittersweet as well. However, I thought that the film did a good job of keeping the focus where it should have been. They were trying to save the world from aliens, and that was the main point. As sad as the romantic in me was, I appreciated it. I also loved the friendship between Tovar and William. Even when they were furious at each other, they were willing to die for each other.

The Great Wall has had its share of controversy, however. With the addition of Matt Damon and Pedro Pascal as two European mercenaries who join the Chinese military stationed on the Great Wall, many said this was whitewashing. Matt Damon spoke out in 2016. He points out that the story was not changed for him. It is about a pair of European mercenaries who find themselves in a new place. Here, they are facing a strange threat that they don’t understand. 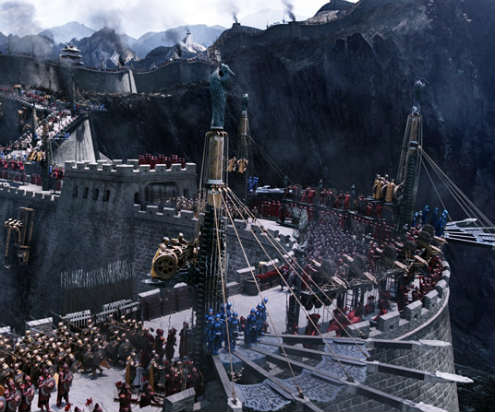 The director, Zhang Yimou, pointed out in the same article that the film is mostly cast with Chinese actors, and is a monster movie that draws from Chinese culture. Personally, I loved the fact that William was willing to fight for something bigger than him. He had a new way of thinking about war because he’d been a mercenary since he was five, but he also learned. He became willing to trust and willing to fight for something more, while the film showed some truly awesome fight scenes.

If you like epic period pieces, battle movies, monster movies, and movies where characters learn from each other, I would recommend checking out The Great Wall. The cinematography is amazing and the costumes are bright. The music is epic, and the characters are engaging. The use of the European mercenaries adds suspense; as the audience, we learn what is happening as they do. It also allows us to see the Wall and the army that mans it from his point of view, which is quite impressive. This makes the story more effective.  It’s an engaging story with the right mix of violence, grace, and monsters.

Content Note: PG -13 for violence, and some adult language.

Where to Watch: The Great Wall is available to rent and/or buy on Amazon Video, VUDU, iTunes, Google Play, Youtube, and DVD.

Have you seen The Great Wall? Did you enjoy it? Let me know in the comments!