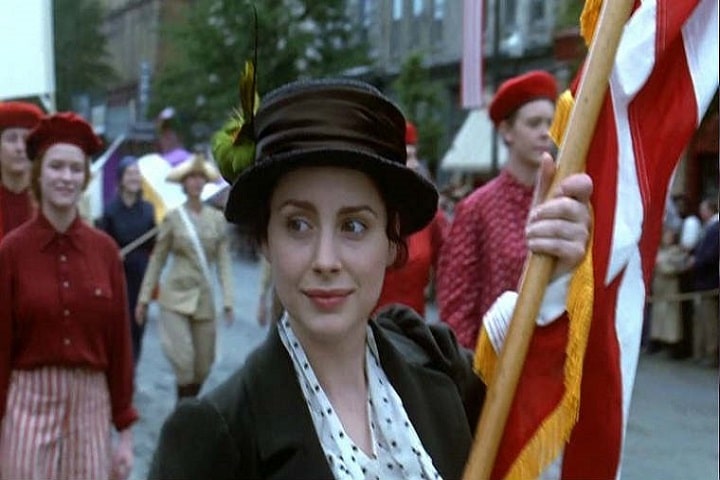 Iron Jawed Angels is a powerful and moving tribute to the suffragettes who were instrumental in getting women the right to vote. It is an important film about the struggle that made today’s freedoms possible.

Alice Paul and Lucy Burns are young suffragettes operating under the National American Women’s Suffrage Association. When peaceful methods do not prove effective enough, they leave the organization to found the National Women’s Party. The women face many challenges and naysayers but refuse to give up. 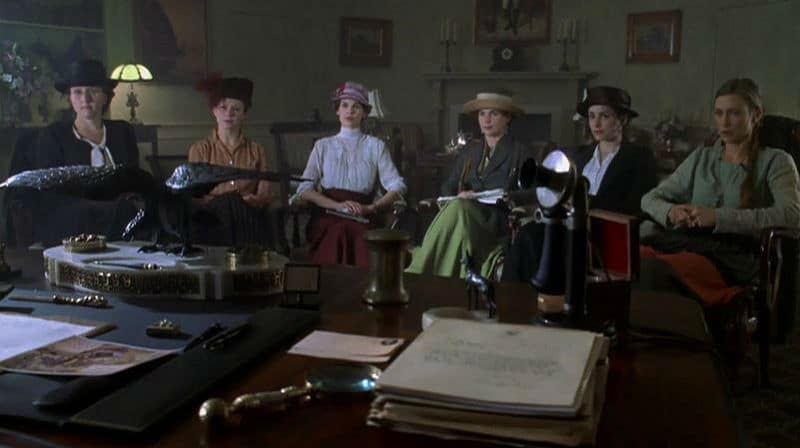 Iron Jawed Angels is a fantastic and intelligent film. While I knew a great deal about the women’s suffrage movement in Britain, I knew very little about their American counterparts. This film documents the struggles of real historical women who fought for the vote. It also shows an aspect of the movement I was not aware of; the clash of ideals between generations of suffragettes.

A lot of parallels can be seen with modern feminism, in the responses to these women’s aims and the differences between factions. Intersectionality is addressed, though only briefly. 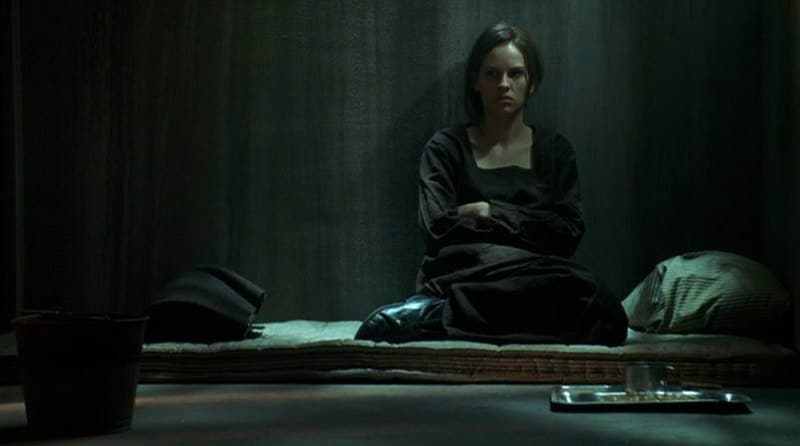 The women of Iron Jawed Angels are portrayed as being much more modern than the conservative image that might spring to mind. This was intentional. While I don’t generally enjoy the use of contemporary music in historical drama, it suits these women ahead of their time.

A great aspect of the film was its strong portrayal of female friendship and the importance of solidarity with other women. A good message for any film. It is a shame, however, that the film didn’t show the efforts of men involved in the movement. Instead, the screenwriter presents most of the male characters as enemies to the cause.

The acting is pitch perfect. The TV Movie includes a lot of big names in the cast such as Hilary Swank, Angelica Huston, Frances O’Conner and Julia Ormond. Swank and O’Conner are inspiring, bringing the characters richly to life. Julia Ormond is very likable in a subtle, important performance. Angelica Huston has a small but strong role as Carrie Chapman Catt, the head of NAWSA. 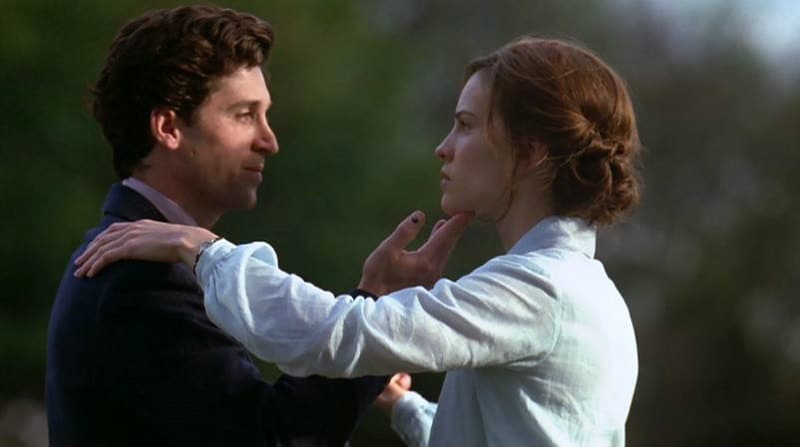 There is also a charming fictional romance added between Alice and Ben Weissman, a political cartoonist. While it has little bearing on the plot, it is a nice touch.

Iron Jawed Angels is an inspiring, beautiful film which is still relevant today. If you haven’t seen it, I implore you to go watch it now.

Content Note: Beyond one instance of implied sexuality and a rude hand gesture, there is no explicit content in this film. There are, however, some intense emotional scenes.

Where to watch: Iron Jawed Angels is available on DVD.

Our romance-themed entertainment site is on a mission to help you find the best period dramas, romance movies, TV shows, and books. Other topics include Jane Austen, Classic Hollywood, TV Couples, Fairy Tales, Romantic Living, Romanticism, and more. We’re damsels not in distress fighting for the all-new optimistic Romantic Revolution. Join us and subscribe. For more information, see our About, Old-Fashioned Romance 101, Modern Romanticism 101, and Romantic Living 101.
Pin this article to read later! And make sure to follow us on Pinterest.
By Elinor Cackett on March 14th, 2017