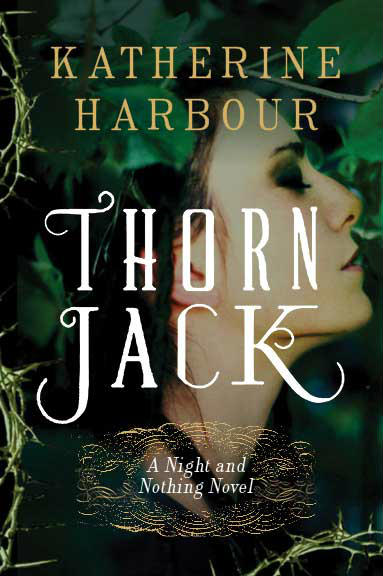 My dark fantasy Thorn Jack, set in upstate New York, is based on ‘Tam Lin,’ a ballad about a young woman who rescues her mortal lover from the queen of the faeries. To create the Fata family, I wanted to use familiar faery tropes from folk tales about the faery folk, especially the Celtic ones and translate them to contemporary times.

So here are some of the things the faeries are most famous—or infamous—for. 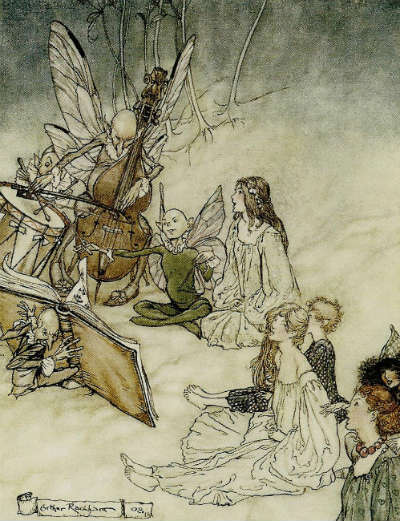 Faery music was called planxty in Celtic folklore and it had a hypnotizing dissonance created to lure mortals. There are faery pipers and fiddlers who exist to cause mischief. And Faery revels are notorious. A Faery ring will lure people in, only to set them free perhaps one hundred years later.

My Fata family is first encountered at a lakeside concert. They hold lavish parties to entice the young, who are the only ones who can see them, aside from older people with the Sight. 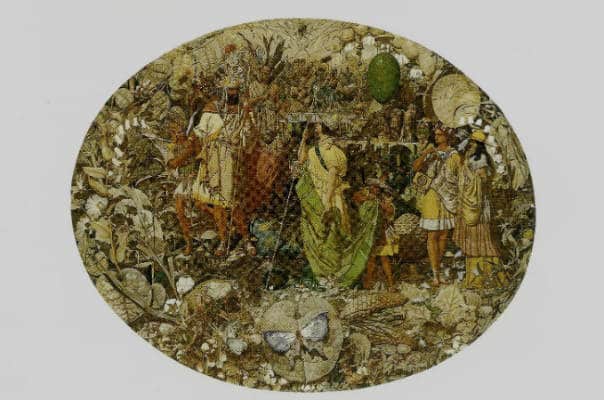 Faeries often intermingled with the dead. In Ireland and Scotland, people were sometimes seen after their deaths, in the company of the Gentry (the faeries):

“There was a woman in County Limerick that died after her baby being born. And all the people were in the house when the funeral was to be . . . and the cars and the horses were out on the road. And there was seen among them a carriage full of ladies, and, within, the woman was sitting that they were crying for . . .”—Visions and Beliefs in the West of Ireland by Lady Gregory

In Thorn Jack, the dead, young men and women who have died but are stuck in the between world, mingle with the Fata family. There are also the Jacks and the Jills, who are made immortal by being hollowed out and filled with magic flowers.

In Celtic folklore, the queens are similar to goddesses. They share traits with the queens in the insect world, ruling over a hive, ruthless and wise:

“There is always a mistress among them (faeries). When one of us goes among them they would all be laughing and jesting, but when that tall mistress . . . would tap her stick on the ground, they’d draw to silence.”—Visions and Beliefs in the West of Ireland by Lady Gregory

The queens in my Fata families are more formidable than the Fata kings, and must remain heartless to keep their power.

“Sure we know there were some (faeries) in the forths (forts) in the old times . . . my husband was brought into one . . . He was sent back out of it again; a girl led him home, and she told him he was brought away because he answered to the first call . . .”—Visions and Beliefs in the West of Ireland by Lady Gregory

“. . . fairies tend to like areas that are distinguished by being nameless, unmapped, uncharted, and above all unowned. This is why they prefer woods to fields and pastures, and ruins and caverns to houses.”—At the Bottom of the Garden by Diane Purkiss

My Fatas have chosen abandoned houses as their haunts; a hotel built in the 1920s and left to rot; an abandoned film studio shaped like a glass conservatory; once-grand mansions along the Hudson River—anything not claimed by mortals, a Fata family may inhabit. 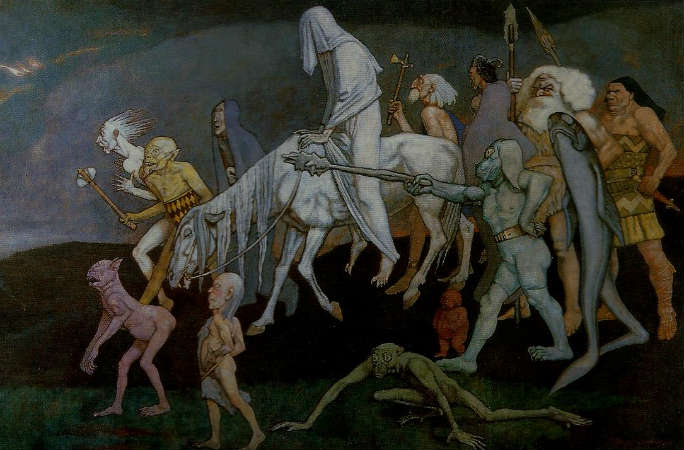 Faeries as little people with wings didn’t become a popular motif until the Victorian era. Until then, faeries in European folklore were shapeshifters:

“I am bigger than I appear to you now. We can make the old young, the big small, the small big.”—The Fairy Faith in Celtic Countries by W.Y. Evans-Wentz

“And one night, she met the coach and four, and it was full of ladies . . . they had golden hair . . . They were dressed in white . . . the coachman were strange looking, you could not say if they were men or women . . .”—Visions and Beliefs in the West of Ireland by Lady Gregory.

My Fatas are shapeshifters and often disguise themselves as ‘families,’ such as the Mockingbird clan or the Fata family. They appear young and glamorous and alluring.

Faeries are not only notorious baby snatchers but tend to pluck anyone pleasing to the eye from their daily lives and replace them with a monstrous one of their own or a dead body. They admire the beautiful and the heroic, but in Celtic folklore, anyone could be ‘led away.’

“I knew another was away for seven years . . . it was in the night she used to go to them, and if the door was shut, she’d come in by the key-hole. The first time they came for her, she was in bed between her two sisters, and she didn’t want to go. And they beat her and pinched her . . . she said there was a red-haired girl among them, that would throw her in the river she got so made with her.”—Visions and Beliefs in the West of Ireland by Lady Gregory

The Fatas in Thorn Jack steal the young and lovely, to be lovers, servants, or soldiers. None of these are happy fates.

The faeries as portrayed in Celtic folklore are eerie and conflicting. They are spirits, fallen angels, an immaterial race. They can be benevolent or malevolent on a whim. They are truly the children of night and nothing. 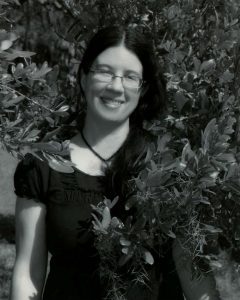 In the wake of her older sister’s suicide, Finn Sullivan and her father move to a quaint town in upstate New York. Populated with socialites, hippies, and dramatic artists, every corner of this new place holds bright possibilities–and dark enigmas, including the devastatingly attractive Jack Fata, scion of one of the town’s most powerful families.

As she begins to settle in, Finn discovers that beneath its pretty, placid surface, the town and its denizens–especially the Fata family–wield an irresistible charm and dangerous power,a tempting and terrifying blend of good and evil, magic and mystery, that holds dangerous consequences for an innocent and curious girl like Finn.

To free herself and save her beloved Jack, Finn must confront the fearsome Fata family…in a battle that will lead to shocking secrets about her sister’s death.

You can follow Katherine and learn more about Thorn Jack at:

Our romance-themed entertainment site is on a mission to help you find the best period dramas, romance movies, TV shows, and books. Other topics include Jane Austen, Classic Hollywood, TV Couples, Fairy Tales, Romantic Living, Romanticism, and more. We’re damsels not in distress fighting for the all-new optimistic Romantic Revolution. Join us and subscribe. For more information, see our About, Old-Fashioned Romance 101, Modern Romanticism 101, and Romantic Living 101.
Pin this article to read later! And make sure to follow us on Pinterest.
By The Silver Petticoat Review on April 29th, 2016