To Start, A Few Reasons Why iZombie is Beautiful

Though I’m ashamed to admit it, it took me a year to start watching iZombie and once I started I regretted not immediately having watched it like a proper Rob Thomas fan ought to. I mean, if you loved Veronica Mars and haven’t seen iZombie yet, who are you kidding? Do you want to miss out on cult-inspiring characters, clever dialogue, excellent music, painful heartbreak and hot, quipping, male leads? With that said, here’s a romantic moment from episode 11 of iZombie between Liv, current zombie, and Major, her ex-fiance whom she nobly broke up with due to her unfortunate and slightly dangerous undead state. (Can I just say: her name is Liv Moore.  Liv Moore as in Live More. The puns are never ending on this show!) Major doesn’t know why Liv broke off their (PERFECT, SOB) relationship, but being the kind and understanding hot social worker he is, he’s let her be and vaguely* attempted to move on.

*Of course vaguely, if he attempted to actually move on I would honestly be offended. Do I need TV show guy characters to pine continually for the girl even after the girl has broken their heart? Of course, see Michael on Jane the Virgin for more evidence. But that’s another romantic moment.

Major has just checked himself into a psychiatric hospital for help after he starts piecing things together and seeing zombies and people eating brains. Unable to find anyone to believe or confirm what he’s been seeing, he starts to think he might need psych help but checks out of the hospital when a murder occurs there. Happily enough for viewers, he’s locked out of his house and ends up staying at Liv’s apartment because the last time he was at his house he was attacked and he doesn’t want to be alone. (AW!) At this point, the two have established a weird relationship where they both still deeply love each other, are not quite friends, but obviously there for each other when it matters. She comes home after a day solving crime to find him in her bed. 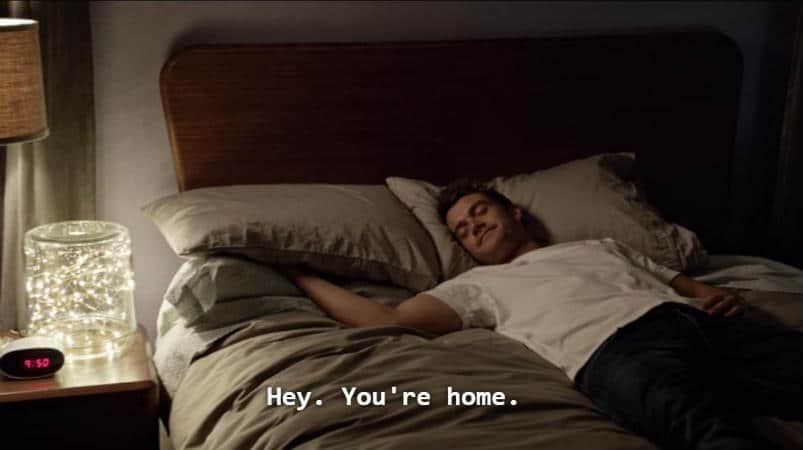 He’s like, “Hey. You’re home,” and you can almost pretend that they’re the beautiful married couple they were meant to be! Liv asks him how the job search was, but Major says it wasn’t too good (in a great character arc for him, he’s too entangled in zombie issues at this point to go back to normal life work). Acutely aware of boundaries since he is kind and respectful of her randomly breaking off their dream engagement, he says sleepily, “I should probably move..to the couch…in a minute,” except he does my favorite thing where characters say dumb things but don’t follow through on them. He is so cute that Liv goes and lies down next to him. He puts his arm around her while her face bursts with quiet happiness.

Liv’s never entertained the notion that she could be together with Major because she loves him too much to endanger him, so this moment was a stolen one and yet more than she’d dared to hope for. It was also more than I’d dared to hope for because I had kind of been watching this show with the “I just need them to brush hands accidentally once a season to keep watching” mentality and Rob Thomas, overlord of agonizing and beautiful relationships, really delivered. I mean, A HUG? WITH ARMS? What’s next, smiles full of love? Wait…yes!

When Liz gets up the next morning, Major greets her with a slightly wary face, because hello, they are ex-fiancees and they just peacefully cuddled. But she smiles at him.

In turn, he gives her a FULL-ON RADIANTLY ELECTRIC SMILE back.

This one scene of them briefly staying at her apartment together was supposed to be what their life was going to be like as a married couple. Until now, Liv and Major have played it cool and are not caught with hope in their eyes for their broken relationship, but we see the flare of hope here and it’s beautiful!

Later in the episode, Liv is making dinner and talking about work while Major watches and listens. 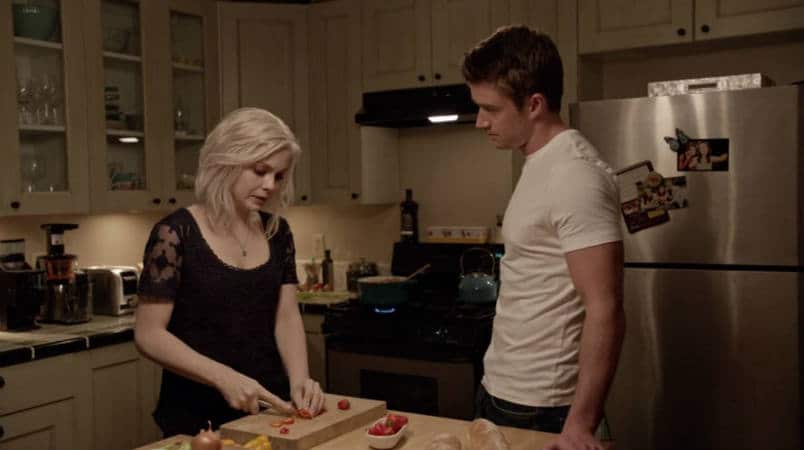 He then offers to help cook. “And be an even more perfect houseguest? No way,” Liv says. 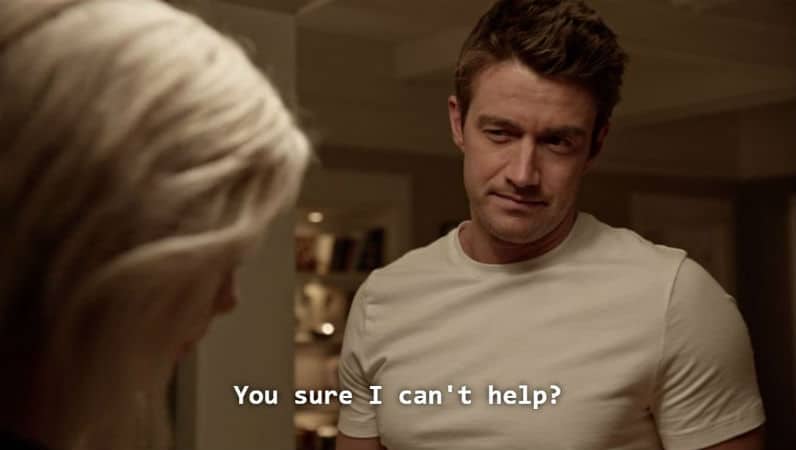 He keeps watching her as she talks and then catches her by surprise with a kiss.

“What was that?” Liv asks. A haunted, desperate look on his face, Major says: “Tell me why we can’t be together.” 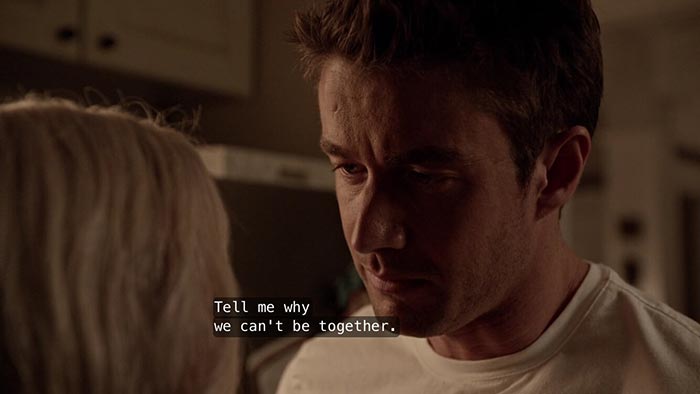 Oh, the heart of it. The unspoken zombie elephant in the room.

“I know you love me,” he continues. “But my head goes to dark places. Did…did you cheat on me or did I start to bore you?”

Major’s voice, when he asks her to tell him why, is soft. When he asks if she got bored of him, his tone is unbearably kind. Not harsh and demanding or frustrated. Just wanting her to let him understand. It’s heartbreaking that he even has to ask, because Liv does still love him and wants to be with him. But zombies and Rob Thomas.

What does she say? WILL SHE JUST TELL HIM THE TRUTH? Will Rob Thomas go against the grain and let paranormal stand in the way of true love instead of promoting it? Watch iZombie on Netflix to find out!

Our romance-themed entertainment site is on a mission to help you find the best period dramas, romance movies, TV shows, and books. Other topics include Jane Austen, Classic Hollywood, TV Couples, Fairy Tales, Romantic Living, Romanticism, and more. We’re damsels not in distress fighting for the all-new optimistic Romantic Revolution. Join us and subscribe. For more information, see our About, Old-Fashioned Romance 101, Modern Romanticism 101, and Romantic Living 101.
Pin this article to read later! And make sure to follow us on Pinterest.
By Amirah Yasin on November 6th, 2015