I’m a huge fan of K-dramas and fantasy stories. So I was very excited when I heard about this year’s Bride of The Water God K-drama!

Bride of the Water God is loosely based on the manhwa (Korean comic book) about a water god, Habaek, and his romance with a human girl. With this modernized adaptation, we follow Habaek as he comes to earth to find two “god stones” to earn his right to become Emperor of the Realm of the Gods. However, when he comes to earth, he loses his powers and his map to the god stones. Now he must rely on a human girl, So-Ah, who’s descended from a family sworn to serve the gods.

Loosely based on Korean mythology, the show quickly sets up a fascinating look at their idea of the “Realm of the Gods” and the different gods that fill up the show’s pantheon. Some of the gods include Moo-Ra, a cold goddess from the Water Country, Bi-Ryeom, a mischievous sky god, and some “lower” outcast gods that hide out on earth.

I think that the show’s biggest draw led into some of its biggest missteps. It initially set up a unique world of gods and goddesses and gradually began to reveal more and more. But the last half of the show slowed down to simply revolve around the angsty part of the hero and heroine’s romance. Structuring the plot and world building to work with the romance would’ve given us a better climax. The ending felt somewhat tacked on instead of carefully assembled through the second half to the show. But I still had a big smile on my face! I’m a big believer in fairy-tale endings with optimism and romance. And thankfully the show delivered just that!

The characters kept me through the whole story, particularly Habaek played by the ever-wonderful Nam Joo-Hyuk. Though he plays the more typical cold, “selfish” hero, I enjoyed his balance of a haughty but childish deity. My favorite moments fell to Habaek. Specifically his hilarious thoughts and interest in the “human world” all from the perspective of an adorable but snobby boy-god. Also, I loved his “otherworldly” looks in the Realm of the Gods. It’s so completely over-the-top and totally fun.

I enjoyed the heroine because of the relatable nature of her character. So-Ah diverted from the typical candy heroine. Instead, she mirrored Habaek’s character with selfish qualities and an extremely closed in personality. Her agony with her past and the people that failed her as a child drew me into her character though despite her flaws. Her fear of loving, especially if the love would not last, felt so painfully real and honest. 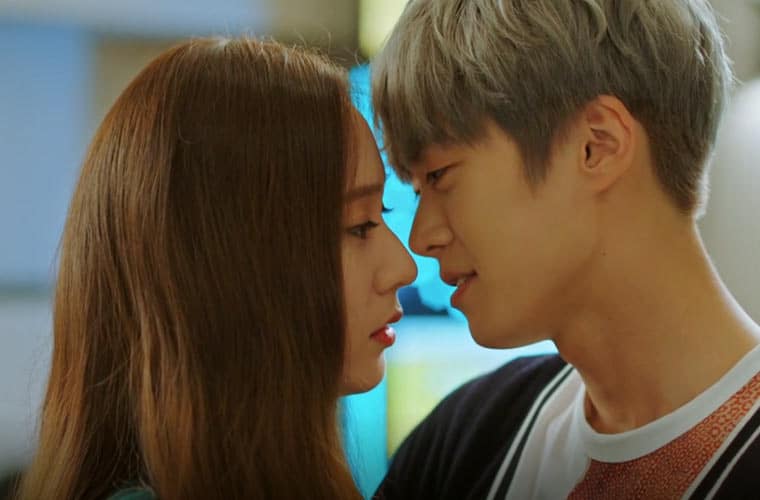 Star-crossed lovers are a weakness of mine. So I loved how the writers played into that trope. After all, the difficult obstacle of an eternal water god and a human girl falling in love can’t be easy right? They spent a lot of time bickering, naturally, as So-Ah didn’t initially believe in Habaek’s identity. Even after that, she refused to go along with being a “servant” of the gods. My favorite moments of the couple included every time Habaek would wait outside the house for So-Ah to come home. And every time she hesitated coming around the corner wondering would he be there or not that night.

In contrast to the main couple, Bi-Ryeom and Moo-Ra portrayed a different kind of chemistry of a will-they-won’t-they romance. These two gods were besties and yet had never made the first step to acknowledge obvious feelings about each other.

Hoo-Ye rounded out the last of the characters with an extremely sweet portrayal of a CEO that spent his time gardening and caring for others. Of course, he has a mysterious past that ends up creating major conflict between him and the gods. 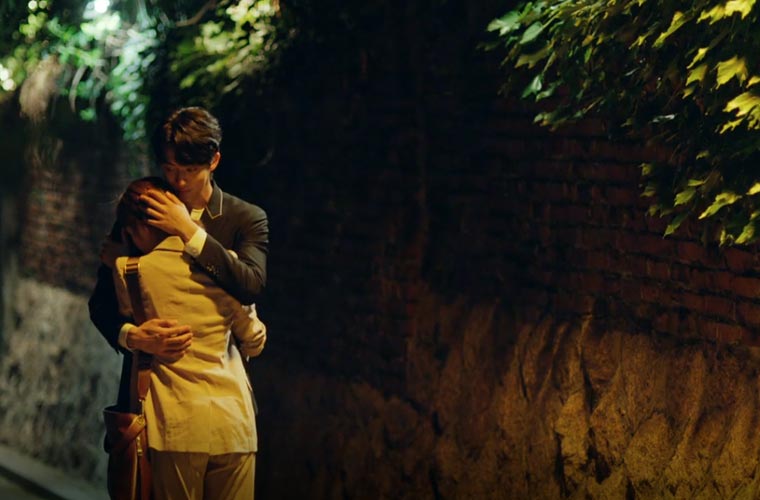 Overall, Bride of the Water God is a fun, enjoyable fantasy/paranormal romance story with hilarious and sweet moments.

Where to Watch: You can find the show on Dramafever!

Our romance-themed entertainment site is on a mission to help you find the best period dramas, romance movies, TV shows, and books. Other topics include Jane Austen, Classic Hollywood, TV Couples, Fairy Tales, Romantic Living, Romanticism, and more. We’re damsels not in distress fighting for the all-new optimistic Romantic Revolution. Join us and subscribe. For more information, see our About, Old-Fashioned Romance 101, Modern Romanticism 101, and Romantic Living 101.
Pin this article to read later! And make sure to follow us on Pinterest.
By Faith White on September 25th, 2017