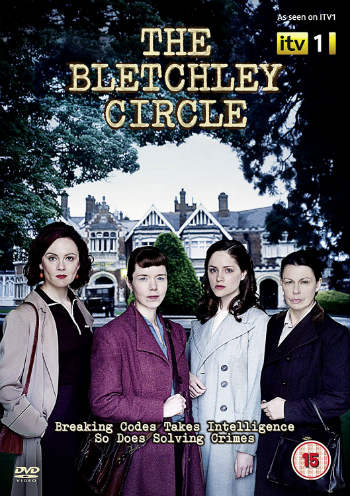 What happens to brilliant women – codebreakers during WWII – when the guns cease and the men return home and life is supposedly once again back to normal? That is the central question of ITV’s (unfortunately) short-lived, mystery drama miniseries The Bletchley Circle. The series had a brief two-season run, comprised of only seven episodes in total. Three mysteries were solved.

Bletchley Park was the central compound for British codebreakers during WWII, and all four – later five – of the show’s fictional heroines were employed there during the war – that is the back story. They were integral components in breaking the Germans’ codes, thus substantially shortening the war. And when the war was over, they were all sworn to secrecy, having signed the Official Secrets Act, which barred them from ever revealing their wartime work, even to those closest to them.

So, now it’s the early 1950s, and what do former codebreakers get up to? Why they start gumshoeing of course. 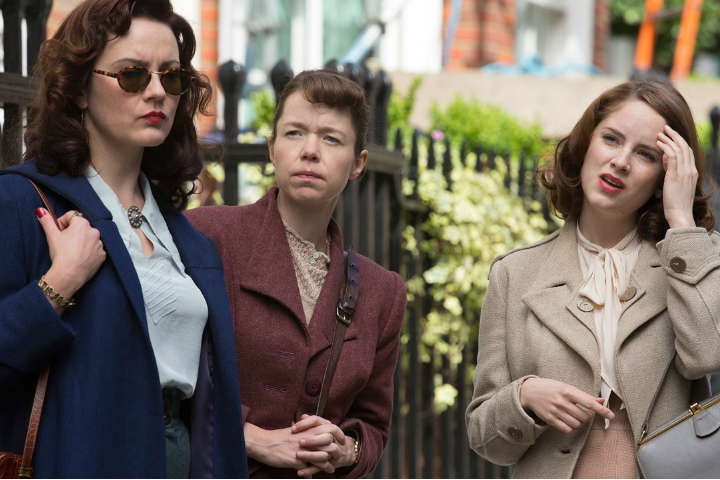 It’s 1952. Susan (Anna Maxwell Martin) is living in apparent domestic bliss: married, two children, stay-at-home housewife, and bored beyond belief. She begins following rather closely a series of murders that are terrifying London. Susan is a former data analyst, a woman who can find patterns, see linkages, and apply deductive logic to problems. And she finds a pattern to these serial killings of young women and obstinately convinces her husband to pull some strings so she can get an appointment with the head investigator. Susan gets the appointment, while her accompanying husband is falling over himself, apologizing for the silly inconvenience, and belittling her from the get-go. She is duly dismissed by a testosterone-driven police force.

But she can’t let it go. She sees the pattern. So, she seeks out some of her former Bletchley Park friends and colleagues and asks for their help. They, too, are all living rather lackluster lives. Millie (Rachael Stirling), a brilliant mathematician, is waiting tables. Lucy (Sophie Rundle), who has a photographic memory and is something of a human databank, is a cowering housewife to a bully of a man. And Jean (Julie Graham), their former supervisor at Bletchley Park with an innate knack for data collection and networking, is a nondescript librarian.

And so, it starts, Susan, Millie, Lucy, and Jean – the Bletchley Circle – start tracking a serial murderer. But unlike Bletchley Park, they find themselves thrust out of the office and into the uncontrollable and dangerous field. A serial killer turns his sights on Susan. Frustrations are mounting on the home front, as the secretive Susan is living a double life. And still, the body count rises. By season two, Susan is a jumpy mess, when the group becomes embroiled in an attempt to find the evidence to free a friend from prison. And Millie gets kidnapped by human smugglers in what, unfortunately, ends up being the final case.

Collaborative Sleuthing by a Stellar Cast

The Bletchley Circle has a stellar cast of female leads and ultimately focuses on the nature of female friendships and the fruitfulness of collaborations. In season two, Hattie Morahan joins the cast, throwing yet another talented British actress into the mix. Feminism in practice, this series follows women fighting to be seen and heard and taken seriously. Too many times, they have to dumb it down, shut up and smile pretty. Thus pooh-poohed by the authorities in general and many of the men in their lives, they take matters into their own hands. They investigate, they break and enter, they go undercover, they help other women. It’s empoweringly good stuff that gets rather intensely thrilling at times.

And it’s cinematically good stuff, as well. The series is beautifully shot. The women are wearing fantastic period costumes. It is just such a darn shame that it was never renewed for more episodes. I would have been watching.

Sure, some of it is a wee bit ridiculous and improbable at times, but that is the nature of the cozy crime genre. You suspend your disbelief and enjoy the ride. So, for lovers of cozy crime with strong female leads à la Miss Marple, Miss Fisher’s Murder Mysteries or Agent Carter, as well as lovers of deductive reasoning like Sherlock, The Bletchley Circle might just be a good fit.

Content Note: Suitable for over 15 years. The series can be rather intense at times and deals with some disturbing subject matters, including spousal abuse, necrophilia, psychological warfare, human trafficking, prostitution, etc. There are bodies and blood, but the graphic gore is kept to a minimum. There is little skin or swearing. Smoking and drinking are present, though.

Our romance-themed entertainment site is on a mission to help you find the best period dramas, romance movies, TV shows, and books. Other topics include Jane Austen, Classic Hollywood, TV Couples, Fairy Tales, Romantic Living, Romanticism, and more. We’re damsels not in distress fighting for the all-new optimistic Romantic Revolution. Join us and subscribe. For more information, see our About, Old-Fashioned Romance 101, Modern Romanticism 101, and Romantic Living 101.
Pin this article to read later! And make sure to follow us on Pinterest.
By Jessica Jørgensen on September 25th, 2017