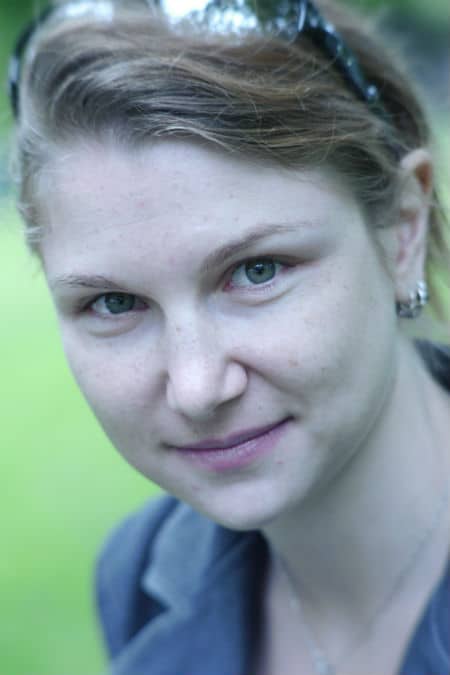 Today I am lucky to have Suzanne van Rooyen author of Obscura Burning here to take our “Petticoat Personality Test.”  I know you’ll love her answers as much as I do! (The one about Joffrey gave me a good giggle).

Well, this could be an extremely long list. Favourite book – Lost Souls by Poppy Z Brite and just about everything Neil Gaiman has ever written including his children’s books. Favourite movie – Mr Nobody and Imaginary Heroes, two very different but beautiful and intense films I never get tired of watching. Also The Crow – that’s a classic! Favourite TV show – best ever, Dark Angel and Firefly. Favourite show currently airing –  it’s a toss up between The Vampire Diaries and Supernatural. I also love Game of Thrones and I’m a huge fangirl for Daenerys.

Daenerys. She is a fantastic role model – a woman who is a powerful ruler without ever having to compromise her femininity, she’s intelligent, honourable and sensitive to the needs of others while still getting exactly what she wants. Dean Winchester – for obvious reasons like freckles and those intense blue eyes, but also because he has managed to maintain his sense of humour despite literally having been to hell and back. He’s a hero in every sense of the word and still doesn’t seem to appreciate his own awesomeness, which is absolutely loveable. And lastly, Damon Salvatore. He has got to be one of the most complex and well-written bad boys ever, proof that ‘villains’ need to be as multi-dimensional as the supposed heroes because he’s pretty much stolen the show now.

Joffrey. He’s not even a character I love to hate. I just despise him and can’t wait for Daenerys’ dragons to have him for breakfast (not a spoiler – I don’t know if this happens, but I’m hoping!) I love a good villain, like Klaus in TVD or the Darkling in Leigh Bardugo’s books, a complex character that does the wrong things sometimes for the right reasons or at least for reasons we can sympathise with if not condone, but Joffrey – he’s just revolting!

Oh yes – this answer could be a thesis unto itself! I create playlists for each story I work on. Specific songs inspire specific moods and characters. Some of my most recent inspiration has come from music by Hurts, This Will Destroy You, Black Veil Brides, Imagine Dragons and The Antlers (Thank you to Emma Trevayne – author of CODA – for introducing me to them!)

Sam and Dean Winchester – their story is truly a triumph of brotherly love and every time they have a falling out, I find myself holding my breath until they manage to get past their issues and hug each other. Damon and Elena – not because I think Elena is all that (I’d much prefer Caroline to be the leading lady of that story) but I just want Damon to be happy. I sound like such a sap.

I actually have this question set as my Goodreads friend request question so I’ve given this some thought. I would be Morpheus, or Dream of the Endless. He’s a transcendental being of immense power and compassion, who can live a million different lives in the span of one night. There’s something incredibly appealing about his form of immortality and his ability to manipulate dreams.

I’m currently reading a Netgalley ARC of Skulk by Rosie Best. I’m not usually into shape-shifter stories but this has me totally engrossed. Currently watching Under the Dome and eagerly waiting for the new seasons of all my favourite shows to start.

Not really. I’m not shy to admit if I love something despite public opinion. That said, I’m not a fan of anything embarrassing like certain reality shows or British boy bands. I am a geek, however, and would much rather spend a Friday night at home watching Mythbusters than going out – does that count as a guilty pleasure?

A wolverine. Seriously. If anything can survive a zombie apocalypse – any apocalypse really – a wolverine can. They’re vicious, thriving in some of the harshest conditions on the planet, and they’re not afraid to take on wolves and bears. Zombie horde? Pfft, they don’t stand a chance against a wolverine.

Just one? So hard! I’d love to see Poppy Z Brite’s work adapted for the screen. I think Lost Souls would make a beautiful, dark and decadent film. I’d definitely pay to see that one on the big screen.

Suzanne is a freelance writer and author from South Africa. She currently lives in Finland and finds the cold, dark forests nothing if not inspiring. Suzanne is the author of the cyberpunk novel Dragon’s Teeth(Divertir), the YA science fiction novel Obscura Burning (Etopia) and has had several short stories published by Golden Visions Magazine, Space and Time and Niteblade. Her non-fiction articles on travel, music and other topics can be found scattered throughout the Internet. Although she has a Master’s degree in music, Suzanne prefers conjuring strange worlds and creating quirky characters. When not writing you can find her teaching dance and music to middle schoolers or playing in the snow with her shiba inu. She’s also the publicity manager for Entranced Publishing.

Our romance-themed entertainment site is on a mission to help you find the best period dramas, romance movies, TV shows, and books. Other topics include Jane Austen, Classic Hollywood, TV Couples, Fairy Tales, Romantic Living, Romanticism, and more. We’re damsels not in distress fighting for the all-new optimistic Romantic Revolution. Join us and subscribe. For more information, see our About, Old-Fashioned Romance 101, Modern Romanticism 101, and Romantic Living 101.
By Amber Topping on September 7th, 2013