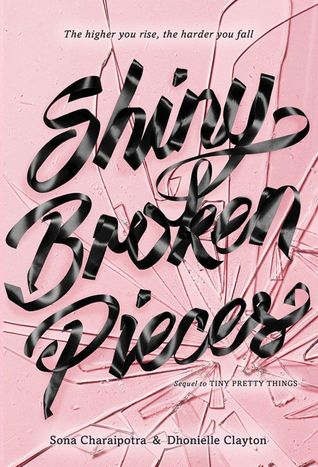 The ballerinas are back with even more on the line in this sequel to Tiny Pretty Things. Picking up where we left off, Bette is suspended from school, having been blamed for pushing Gigi in front of a taxi during the prior academic year. Knowing she was wrongly accused, Bette uses this to fuel the fire and figure out who actually committed the act. She spends her days dancing with a private instructor, still working hard to get back to school.

Gigi has returned to school, intent on trying to move past what happened to her the year before, but also wary of the other girls, knowing what they’re capable of. Even after months of physical therapy, she knows that she’s not at the same level as she was before, and her instructors can see this too. She’s frustrated and is willing to keep pushing herself since she only has one more chance at getting a spot at the American Ballet Company as an apprentice.

She finds a new friend in Cassie, who has made a glorious return to the conservatory, much to the chagrin of the other girls. The school is cracking down on bullying, in light of the recent events with Gigi and Bette, but Cassie has other ideas.

Gigi is not so willing to let others suffer the same fate that she did, and with Cassie’s encouragement, the girls start to prank others.

Cassie has secrets of her own, ones that she’s keeping from everyone, including Gigi.

June has also returned, with a chip on her shoulder from the discovery of who her real father is. Her rivalry with Sei-Jin is as complicated as ever, and with June’s health a major concern for her mother and the school nurse, June is dealing with even more than before. Her relationship with her boyfriend, Jayhe, is also strained. June is distracted by vying for the apprenticeship at the ABC and deciding to go to another school, like NYU, to be with Jayhe.

June can’t imagine her world without dance, but she must decide if she loves Jayhe or dance more.

As the school year begins, the girls find that things have changed — the conservatory has to deal with the aftermath of what happened between Gigi and Bette, including the defamation the school has faced — and as such, the girls are shocked to find out that they won’t participate in the annual production of The Nutcracker, and that a mentorship program will be installed in order to make the conservatory more of a community. The girls are told that a spring production of Swan Lake will be the main performance of the year and that the apprentices will be chosen from the performance. The girls all have to knuckle down with the stakes even higher than before.

But even with these new changes, and as the girls work at showing why they’re the best, the bullying and pranks begin, with everyone pointing fingers. Will Gigi overcome the tragedy of her accident to dance they way she was meant to? Will Bette discover who the real culprit is behind Gigi’s accident? Will June make her way to the top, an underdog fighting all who want to stop her?

The novel twists and turns, with shocking reveals about how far the each girl is willing to go to fulfill her dreams of becoming a prima ballerina.

Once again, Sona Charaipotra and Dhonielle Clayton have crafted a clever, page-turner, with a good balance of evoking empathy for the girls — but also making the reader question everyone’s motives! The romance is toned down a bit in this sequel, but there’s still plenty of romantic scenes between Gigi and Alec and scandalous scenes, with everyone’s favorite devil-may-care character, Henri!

Since there is more at stake here, the pacing does tend to be a little break-neck at times, but overall, with each reveal, the novel will leave you wanting more!

As I wrote in my previous review, Shiny Broken Pieces would work well on the small screen. With Keke Palmer, Kieran Shipka, and Chloe Bennet as Gigi, Bette, and June, respectively, I would add Sarah Hyland (Modern Family) as Cassie. The character plays both sides of the coin — innocent and conniving — and Sarah could do that well!

Content Note: There are some serious issues covered in this book.

Our romance-themed entertainment site is on a mission to help you find the best period dramas, romance movies, TV shows, and books. Other topics include Jane Austen, Classic Hollywood, TV Couples, Fairy Tales, Romantic Living, Romanticism, and more. We’re damsels not in distress fighting for the all-new optimistic Romantic Revolution. Join us and subscribe. For more information, see our About, Old-Fashioned Romance 101, Modern Romanticism 101, and Romantic Living 101.
Pin this article to read later! And make sure to follow us on Pinterest.
By Clarissa Hadge on December 18th, 2015