Tea With Mussolini – Must-See Exploration of Love and Survival 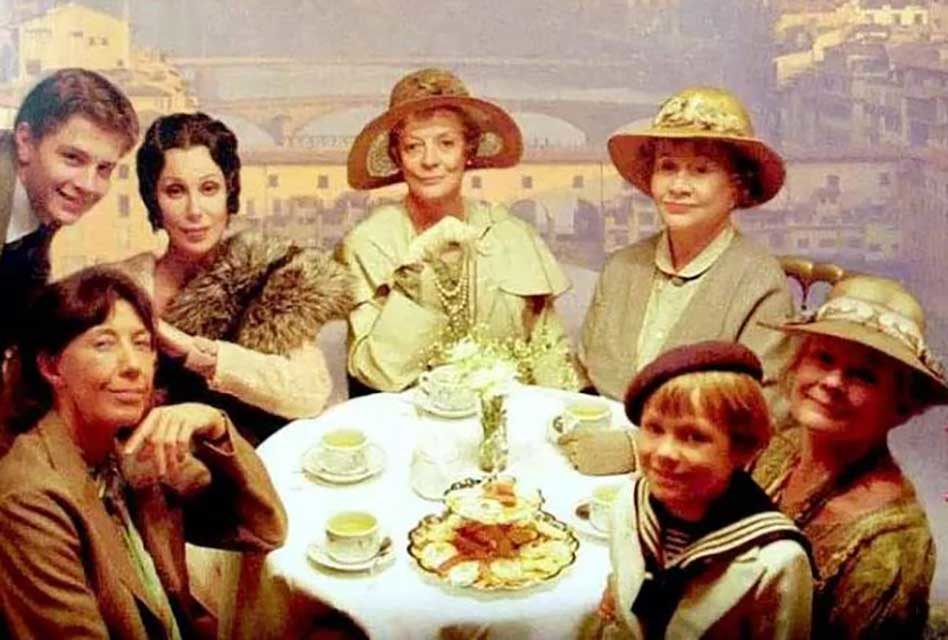 Tea With Mussolini is a film that has been on my radar for a long time. For years. Populated with some of the best British actresses of our time, I knew it was a movie I had to see. Unfortunately, it’s not readily available on the streaming platforms I use. Finally, I decided I had waited long enough and purchased the DVD. It’s a purchase I don’t regret. 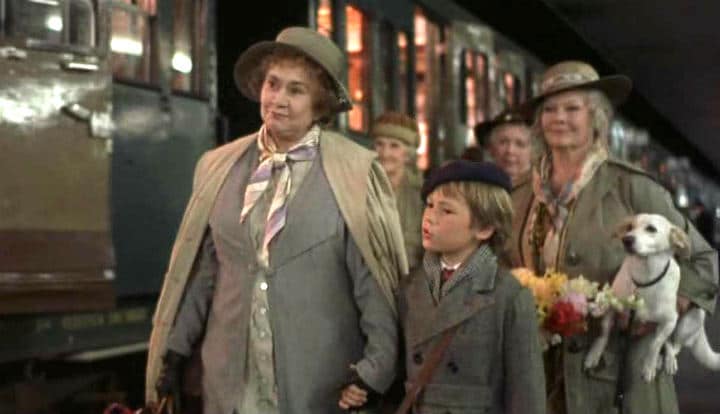 In it’s purest form, Tea With Mussolini portrays the story of an orphaned Italian boy whose life intersects with those of female British expatriates living in Italy during the years of WWII.

Little Luca’s mother is dead and his father cannot claim him, thanks to his vindictive, jealous wife. He’s taken in by the kindly, maternal Mary Wallace (Joan Plowright) who can’t bear to see him sent to an orphanage. Mary’s part of a community of British women living in Florence which includes the flighty, artistic Arabella (Judi Dench) and the widow of the former British ambassador to Italy, Lady Hester Random (Maggie Smith). Also contributing to Luca’s education and welfare are the American women Georgia Rockwell (Lily Tomlin) and the wealthy, flamboyant, Elsa Morganthal (Cher). Elsa’s friendship with Luca’s mother inspires her to provide a small trust for Luca’s future. Together, these women share their knowledge and compassion with the young Luca before he’s sent off to boarding school on the eve of World War II.

RELATED: A Room with a View (1985) – An Artistic and Stunning Romantic Period Drama

Years pass, and the women remain in Italy even though Britain is at war with their host country. Eventually, they’re removed from their homes in Florence to less than acceptable housing as prisoners of war. Luca returns home where he secretly works with Elsa to better their living conditions.

I expected to love Tea With Mussolini. And I did, only not for the reasons I thought I would. I expected a charming story, with beautiful cinematography, humorous moments and perhaps a little romance. What I got instead was a drama with deeper, more heartfelt themes and a non-romantic love story. 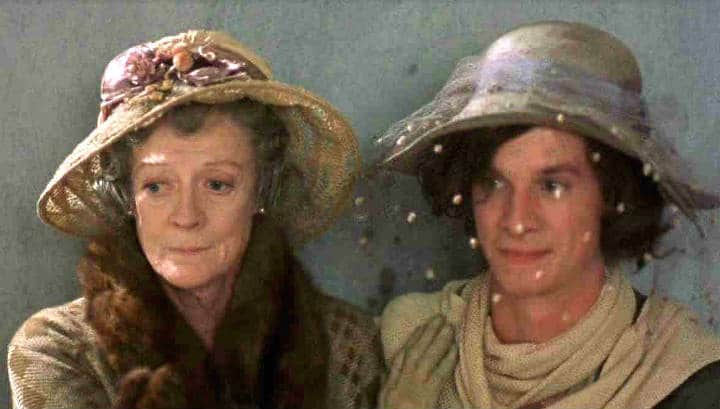 There are, of course, some funny moments woven in. Several of these involve Lady Hester’s grandson who’s forced to dress and live as a woman for safety’s sake. Others revolve around the outspoken lesbian, Georgia. Then there’s the catty, unspoken competition Lady Hester displays towards the unconventional Elsa, whose lifestyle she despises.

Tea With Mussolini explores the love that sacrifices, survives and forgives. All of the characters are bound together not only by circumstances but by choice. Despite the differences in personality and lifestyle, they find a way to live together and survive together. It’s not romantic love, but in a way, it does portray certain romantic notions. These women make the emotional journey from a life of beauty, art, and freedom to one of courage, determination and steadfast defiance in the face of destruction.

With a cast that includes British film legends Maggie Smith and Judi Dench, amazing performances are expected. Smith plays a character similar to her role as the Dowager Countess Grantham from Downton Abbey. Lady Hester comes from a life of privilege and influence. She’s a woman who knows her place and expects everyone else to defer to her. She also displays biting wit and condescension. Her status as the wife of the former ambassador allows her access to Mussolini. This is a connection she never fails to mention and also uses to negotiate the freedom of the expatriate community. Dench almost disappears into her role as a scatter-brained artist. Honestly, her character is not all that memorable although Dench certainly is. 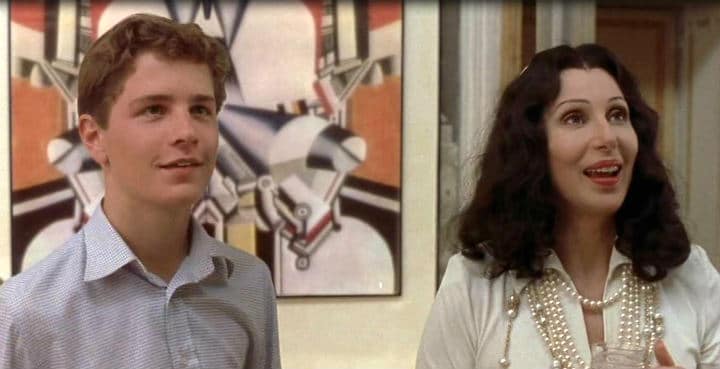 For me, the standout performance in this talented cast is given by Cher as the former American showgirl. Elsa has married money and likes to flaunt it. When she first appears on screen the audience and the Scorpioni are inclined to judge her as a careless gold digger. But it doesn’t take long for her true character to be revealed. There’s a lot more to Elsa Morganthal than meets the eye. She not only plays a pivotal role in this story but also ends up being the heart of the film, along with Luca. Cher gives a complex and intuitive performance in one of her very best roles.

The character of Luca serves as a mirror to reveal the various personalities and motives of the women. With a dream of being an artist, Luca quietly observes and learns what each lady teaches him. Little do they all know that their investment of love in this boy’s life will pay off dividends in their future. Luca’s innocence is the perfect counterpoint to the heavier action of a country at war.

So was Tea With Mussolini worth the wait? I say unequivocally yes! Though it’s a very different film than what I expected, I found myself moved by the love, camaraderie, and forbearance the women display. I also appreciate how it comes full circle with Luca’s storyline. It also reminds me a bit of the British female-led series Cranford, if those women had lived in Italy during the war. All in all, this is a film well worth investing in.

Content Note: Though rated PG, because of some thematic elements I wouldn’t recommend this for young children.

Where to Watch: This one’s not currently available on any streaming or rental platforms. But the DVD is worth the purchase price.

41shares
We use cookies to ensure that we give you the best experience on our website. If you continue to use this site we will assume that you are happy with it.OkNoPrivacy policy