The Crucible Film Review: A Dark and Gripping Period Drama 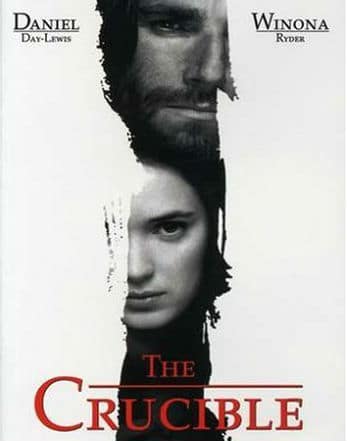 I’ve always been interested in the Salem Witch Trials. For one thing, my family is from New England. My mom used to go sledding on Gallows Hill in Salem when she was a little girl. I also find it fascinating that people turned against their friends so quickly. What could have caused this? Naturally, I was very excited to watch The Crucible, starring Winona Ryder as Abigail Williams, Daniel Day-Lewis as John Proctor, and Joan Allen as Elizabeth Proctor. Based on the 1935 play by Arthur Miller, the film did not disappoint.

The film opens with the young ladies of the strictly Puritan Salem dancing and practicing magic with Tituba, a slave from the West Indies who practices voodoo. When the girls begin to use the magic to ask for a husband, we learn that Abigail Williams had an affair with the married John Proctor before his wife sent her away. She is still in love with him and wants him back. Abigail goes so far as to drink blood to make the spell more powerful. 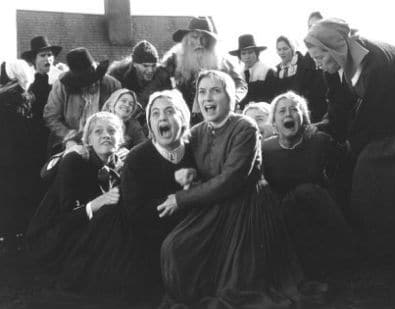 When the girls are discovered, they pretend to be under a spell. Offering to help catch the witches, the girls take advantage of their power to remove those they do not care for, and the rest of Salem follows them in this witch hunt. This leads to mass hysteria, imprisonment, and death.

Several people notice that most of the witches are people who have offended the accuser or have something that the accuser wants, but no one will listen. Soon, however, even the most die-hard witch hunters have to admit that something is fishy in Salem as the people become gripped by fear. 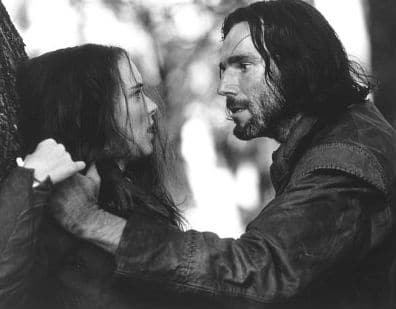 While the hunt continues, John Proctor and his wife Elizabeth are struggling to repair their marriage after John’s affair. But as the film continues, it becomes clear that Abigail is not moving on. In a desperate attempt to get John back, Abigail accuses his wife of witchcraft. Things quickly pass the point of no return and have soon gone out of anyone’s control, even Abigail’s. Students of history will know who dies before watching The Crucible, but the story is still wonderfully crafted and unfolds at the perfect speed.

Arthur Miller based the story on the historical events in Salem, as well as his own experiences in America during the Cold War, dealing with mass hysteria. The story was a study in fear and how it influences a large group of people, as Miller noticed similarities in the two events.

Like in history, there are no supernatural forces involved in The Crucible. The characters are all real people.  John Proctor and Abigail Williams probably did have an affair. At two hours long, this movie was the perfect length for this story. The Crucible  knows when to show the audience events and when to imply that things are happening.  This keeps the story fresh and the audience engaged. 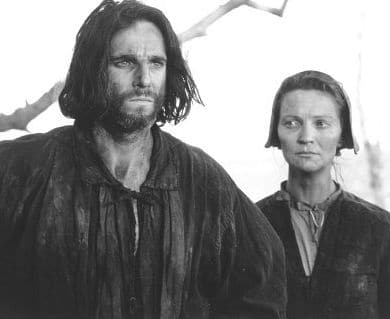 The Crucible is a beautiful film. The set design is amazing, and the backgrounds add to the story in a subtle way. The acting is also incredible. Daniel Day-Lewis is compelling as John Proctor, while Joan Allen adds depth and warmth to the seemingly cold Elizabeth. However, Winona Ryder’s Abigail Williams steals the show. I could not decide if I hated her or wanted to give her a hug, and that, I think, is part of her appeal as a character. Her tragic backstory and her truly twisted motivations make Abigail a character that is both delightfully conniving and surprisingly sympathetic.

If you are interested in history, the Salem Witch Trials, stories about revenge, or dark period dramas, I would recommend giving The Crucible a watch. Although there is no happy ending, the acting is incredible, and the story is realistic. As I watched, I was unable to forget that The Crucible is based on something that really happened. I count this as a good thing, personally.

CONTENT WARNING
There is a brief scene with nudity in the beginning when the girls are dancing in the woods. There is also a scene where Abigail drinks blood, and there are several on-screen deaths.