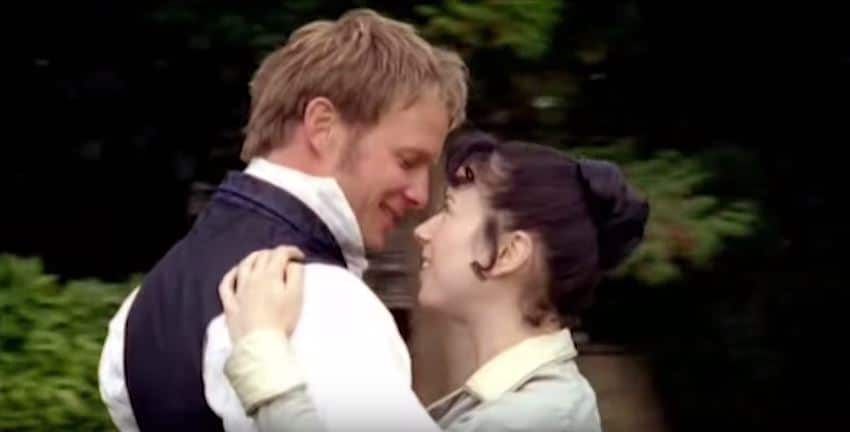 Persuasion may be one of Jane Austen’s lesser talked about books, but it is one of the strongest stories she wrote. The enduring love of Anne Elliot and Captain Wentworth could move the heart of anyone. There have been various film adaptations over the years, however, for this article, I’ve chosen only the 1995 version and the 2007 one to compare. Each one does fair justice to the source material and each one offers a deep level of emotion and great storytelling. It’s really hard to choose a version that is better than the other, so in the end it comes down to personal preference. 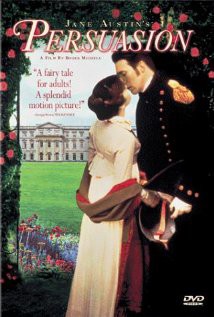 Amanda Root and Ciaran Hinds star as the long-suffering couple in this adaptation and play their parts well.  The film has an almost timeless pace that matches the love of the main couple, playing out point for point from the source material. In fact, I feel like there is a golden age of Hollywood aura about this version, or maybe it’s just the aura that surrounded all BBC period dramas during the 1990s.

Root’s portrayal of Anne is filled with quiet suffering and maturity with a serene presence. We don’t see too many outward displays of emotion from Anne; they mostly happen at intense times, like seeing Wentworth again after many years. Hinds’ Wentworth, on the other hand, is a solid man. He doesn’t display too much emotion, either. I think their romance, along with with acting, had a mature feel to it. After all, they are no longer a young couple by that time period’s standards. They’ve both grown up and have moved past their youthful follies.

That said, I felt like the other cast of characters were not as memorable as the two protagonists and I couldn’t get into the background drama. Though I did like the ending that shows Anne and Wentworth on the seas. Overall, I see this adaptation as a classic. 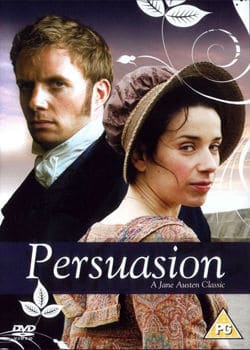 This adaptation stars Sally Hawkins and Rupert Penry-Jones as the main couple. There is also a delightful cast of other important characters in the story. I loved Anthony Stewart Head as Walter Elliot, for instance. And let’s not forget about the awesome Tobias Menzies as Mr. Elliot. In all, I felt this version of the film was more dynamic. This could be that I felt emotions were more clearly expressed here. There was the suffering silence between Anne and Wentworth while their faces said everything.

This version of Anne was also less serene. Each time something happened to her, she showed emotion about it. For instance, the scene with her crying over her diary when she thought Wentworth was going to be engaged. Also, Penry-Jones’ Wentworth was a force of nature. You could see he was at war with himself over his feelings towards Anne. I felt like their romance in this film was a bit more passionate. You could see that they still loved each other. There was just the shadow of the past and meddling people in the way.

The pacing in this film was a bit faster than the ’95 adaptation and the ending a bit different from the book. Though I’ve always felt more interested in this version, especially with all the action going on outside of Anne and Wentworth. Her sister’s dramatics and Mr. Elliot’s scheming helped make a great movie.

This really is a hard choice. Both versions are excellent. However, I have to go with the 2007 version. I get more emotionally invested in it. Overall, I liked the portrayals of the characters and the quicker pace.

553shares
We use cookies to ensure that we give you the best experience on our website. If you continue to use this site we will assume that you are happy with it.OkNoPrivacy policy