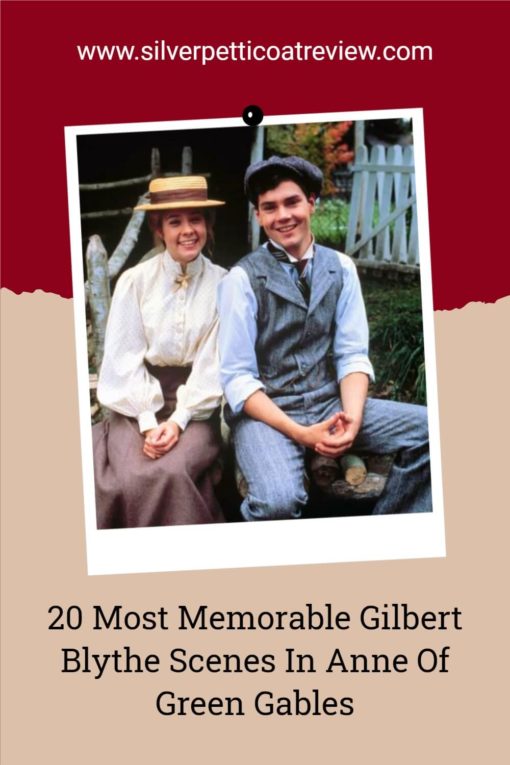 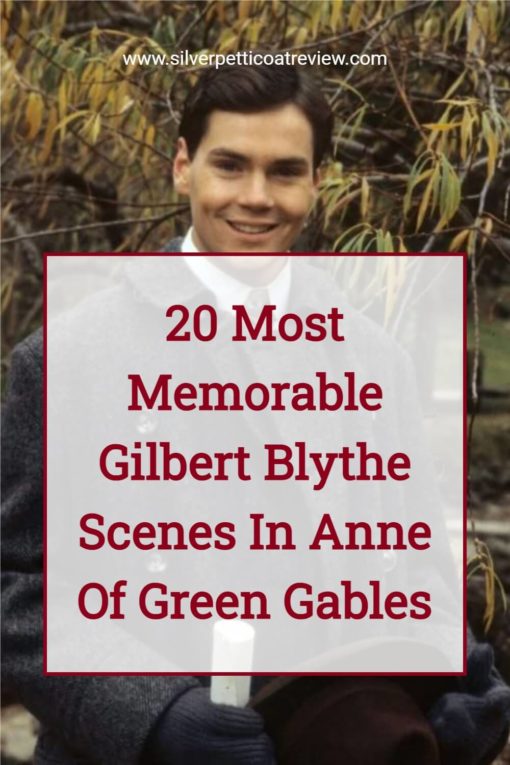 On April 15, 2015, actor Jonathan Crombie tragically passed away at the young age of 48. Beloved around the world for his performance as the handsome Gilbert Blythe in the Anne of Green Gables series, he will always be remembered.

Like many other women who grew up watching the Anne series from Kevin Sullivan, Gilbert Blythe quickly became my romantic ideal. Who wouldn’t want someone as kind, clever, and loving as Gilbert?

Gilbert is intelligent, witty, and also profoundly loyal and respectful of Anne’s ambitions. Plus, he’s self-sacrificing with a great sense of humor and a lot of integrity. Not to mention he’s quite charming – in a sincere way.

Then, of course, there was that longing gaze Jonathan Crombie perfected long before Colin Firth in Pride and Prejudice. But he wasn’t just all about Anne either. He had his own ambitions to become a doctor and surgeon, and that’s precisely what he did.

What makes him so memorable is that Anne and Gilbert can be best friends while also being in love as they climb the alpine path of life and success together.

So, in honor of Jonathan Crombie, we decided to focus on some of Gilbert’s best moments as a way of paying tribute to Jonathan for the joy he brought to us and will continue to bring for years to come.

The first time Anne and Gilbert meet during a race at the picnic. When Anne and Diana win, Gilbert gives Anne a little “wink,” much to her embarrassment!

In this infamous scene, Gilbert calls Anne “carrots” and pulls on her braid. Humiliated, she loses her temper and breaks a slate over his head.

In love with Anne from the beginning, Gilbert lovingly gazes at Anne from afar.

Gilbert rescues Anne as she clings to the bridge after her canoe fills up with water. In this delightful exchange between two very prideful characters, they finally become friends.

After the audience calls Anne back for an encore, Gilbert is the first to give Anne a standing ovation for her performance. No one’s prouder of Anne’s talents than Gilbert is.

Gilbert gives up the Avonlea School for Anne (a grand gesture of his love), all so Anne can stay at Green Gables and help out after Matthew passes away. He then affectionately calls her “carrots” as he caresses her face.

Anne confesses to Gilbert (in exchange for information about Diana) that she wants to be a published author, and he couldn’t be more excited. He then tells Anne about Diana’s engagement to Fred and tests the water with Anne about her feelings for him by saying: “If someone ever admitted that they were head over heels for you, you’d be swept off your feet in a moment.”

Of course, Anne denies this and defies anyone who would try and change her. Gilbert sees this as a challenge he’s up for. The two then race against each other on their bikes, only for Gilbert to end up face planting into a pond.

With a ready opinion, Gilbert gives Anne unwanted writing advice, which leads to an angry outburst from Anne, who has hurt feelings. But it’s here he begins to inspire Anne to write about the people of Avonlea.

What’s great about Gilbert is that he tells her like it is without being wholly insensitive.

Gilbert watches Anne waltzing alone. He joins her for a dance, which then leads to a proposal. Unfortunately, Anne turns him down. Poor Gil!

With Gilbert engaged to Christine and Anne working as a teacher away from Avonlea, you’re not expecting these two to bump into each other. But when they do, it’s obvious Anne has begun to realize her own feelings for Gilbert.

And it’s obvious Gilbert’s heart still belongs to Anne. “Goodbye, Anne,” he says as they hug.

“Don’t forget me,” he tells her as he leaves. He sneaks one last glance at her and walks away.

He leaves her with a note: “Congratulations on your success, Carrots. From your old chum, Gilbert.”

Right after, Anne runs after Gil to thank him. She catches him just in time on the train. “Goodbye!” Anne calls out as he waves goodbye. “Goodbye Anne,” he calls back as the train fades away into the distance.

On his death bed, Anne gives Gilbert a copy of her published book about the people of Avonlea. She dedicated it to him for giving her the idea in the first place.

He reveals that he broke off his engagement with Christine because Anne is the only one for him.

Gilbert recovers from his illness and goes to see Anne. The two walk to the bridge, where they share (perhaps) their most memorable exchange.

“I hope you keep on dreaming. It will be three years before I finish medical school, and even then, there won’t be any diamond sunbursts or marble halls.”

Anne then replies in return: “I don’t want any sunbursts or marble halls. I just want you.” And then they kiss in the perfect, romantic moment we’d all been waiting for.

After much time apart (and 13 years for us viewers), Anne and Gilbert reunite on the beach. Anne writes in her journal, “In memory of perfect summer days of old. Our past, our friends-“ and then stops when she sees Gilbert.

They stare at each other and run to embrace, only for Anne to clumsily fall face-first into the sand. The two have matured and grown but still love each other.

Gilbert stands up for his principles and refuses to lower his integrity to become a renowned surgeon. He’d rather be a good Doctor and tells Anne he wants to return home to Avonlea.

When Green Gables partially burns down, Gilbert asks Anne to “marry me now.”

Anne and Gilbert FINALLY get married. For their wedding dance, they waltz to “Let me Call You Sweetheart.”

#19: LET ME CALL YOU SWEETHEART

Anne and Gilbert once again find each other. Gilbert was missing in action, so Anne traveled far and wide to find him in the midst of World War I. In a crowded street (as she sings their wedding song), she spots him. Anne and Gilbert make their way to each other across the crowd embracing for a hug and a tearful reunion.

Anne and Gilbert return to Green Gables to visit, where it all started with their new adopted child in hand. They begin their long life together, planning to have a family and a life full of imagination.

What were some of your favorite Gilbert Blythe scenes? Did you love Jonathan Crombie as Gilbert Blythe in Anne of Green Gables as much as I did? Share your memories below.