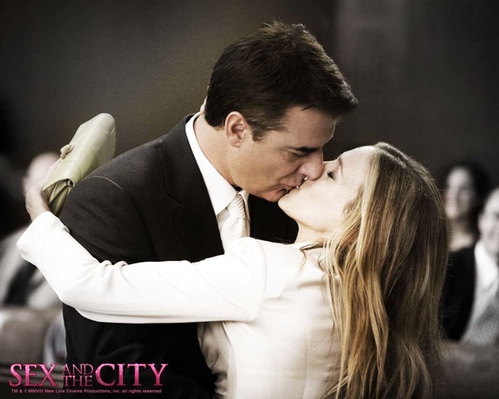 When I was little, my cousins would come to visit me, and every time they came we would pretend we were the characters in one of our favorite Disney films. We would each get to pick a character and then we would play out scenes as if we were actually in that film. This usually ended up with me forcing my younger cousin to let me play Ariel, and then everyone around me had to pick the lesser characters to be. I know, I was a bit of a brat. I was thinking about these childhood games the other day and started wondering who I would choose to be now if I was playing a similar game of pretend. What character would I choose to be if we were going to reenact different stories? Now, unfortunately we never actually came up with a name for this game except for “playing pretend,” but for my purposes here I’ve decided to name it “Who Would You Be” just for simplicity’s sake. So, this week I am going to channel my younger self and play that much loved game once again. Who would I be…

If I was a Disney character?

Well, my answer to this one may surprise you as I often chose Ariel when I was younger. But if I was a Disney character today, I would choose to be Belle from Beauty and the Beast. Now, this has a bit to do with how the real fairy tale stories go. I know the Disney version are nice and happy, but just in case I was actually living as this character and the tale decided to revert to it’s Grimm origins I’ve made a few choices based on the original tales. First of all, I would like a happy ending, so The Little Mermaid is out of the picture. I don’t feel like being turned into bubbles, thank you. This also rules out Sleeping Beauty, as I don’t consider being raped and then waking up giving birth to be a very happy beginning to a happy ending. Second, I like the idea of being a queen or princess, which gives me a lot of choices, but Beauty and the Beast ends up being my favorite out of them all. So, I’ve decided upon Belle as my Disney persona.

If I was a vampire?

I feel like this one is obvious. I would hands down choose to be Bella from Twilight. She gets the guy, they live happily ever after, and everything is perfect. I’m also rather partial to Edward, so it’s a double win there. Yeah, this one wasn’t the most difficult for me.

If I was a Jane Austen heroine?

I’m interested to hear what my two co-hosts would say for this one. For me it’s quite simple. I would choose to be Elizabeth Bennett. Who can turn down Mr. Darcy? He’s top on my list of fictional men I’d like to date, so if given the chance to actually date and marry him, I couldn’t possibly say no. I also think temperament wise I am very much like Lizzy Bennett, so she’d be the best fit all around. Although, maybe that’s just wishful thinking. Maybe I’m nothing like her at all. Hmm…

If I was in Sex and the City?

My friends and I in college all became obsessed with Sex and the City one year. We basically watched all six seasons in a matter of a few months. After watching said series we decided to be those characters for Halloween. And who did I choose you ask? Well, I hope my earlier history would have taught you that I am an attention hog at times. I, of course, decided that I was Carrie Bradshaw. She gets the guy in the end. She has the best job! She has the best closet! I couldn’t possibly imagine being anyone else. Now, I’m not saying that we are alike. I’m actually probably more similar to someone quieter like Charlotte. But, if I was able to choose, I would definitely choose to be Carrie. I would love to have her life. Here’s to hoping!

If I was a Doctor Who character?

This on seems simple to me as well. I would choose to be Rose Tyler. She practically ends up with the Doctor! And she’s the companion when the Doctor is David Tennant. What could beat that? I envy her so. I would kill to be Rose Tyler…seriously.  But, on another note, I also just plain love her character. She’s one of my favorite companions. I particularly appreciate that she’s a regular person. I can totally sympathize with having to go to your part time job which you can’t stand. She’s relatable, and that makes her easier to imagine being. I feel like the more recent companions have all just been molded to fit the show. They don’t feel like actual human beings. For crying out loud, how many jobs did Amy have? She was constantly in a new field and extremely successful at it. Now that’s just not realistic. If I went out my door tomorrow and just decided to be a super model, I wouldn’t be Tyra Banks the next day. It would take years, if it even happened. I just can’t relate to many of the newer companions. I miss the old companions…okay enough of my ranting.

Who would you be if you had a choice? Sound off below …

Check out Fictional Characters to Marry, Date, or Dump.

Take a peek at Fictional Characters to Marry, Date, or Dump Round 2.

Our romance-themed entertainment site is on a mission to help you find the best period dramas, romance movies, TV shows, and books. Other topics include Jane Austen, Classic Hollywood, TV Couples, Fairy Tales, Romantic Living, Romanticism, and more. We’re damsels not in distress fighting for the all-new optimistic Romantic Revolution. Join us and subscribe. For more information, see our About, Old-Fashioned Romance 101, Modern Romanticism 101, and Romantic Living 101.
Pin this article to read later! And make sure to follow us on Pinterest.
By Rebecca Lane on January 14th, 2014