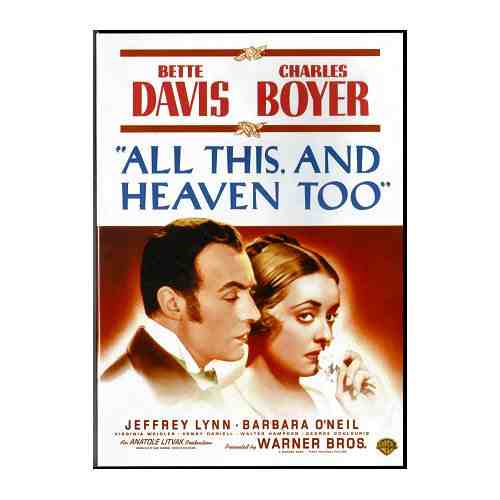 ‘If love is right then it is the most precious gift in the world but you must be sure,

very sure, that it is right. For if it isn’t there is no worse agony

All This and Heaven Too (1940) is based on the true story of Henriette Deluzy-Desportes, here played by Bette Davis, and her involvement in the infamous Duchess Du Praslin murder case. It is based on the first half of the book by the same name which was written by Henriette’s great niece. The name refers to something said in a sermon by Henriette’s eventual husband who only appears briefly at the beginning and the end of the film. While a little artistic license has been taken with the truth such as the number of children and details which remain unknown to this day, it is a mostly accurate interpretation of events.

The story begins at a school for young girls when a new French teacher arrives. One of her pupils is showing the other girls a news article about a Mademoiselle D who they have found out to be their new teacher. The article concerns a famous murder trial in France.  The girls bait their new teacher with questions about her previous life to her obvious distress. She responds to this by deciding to tell them her story. 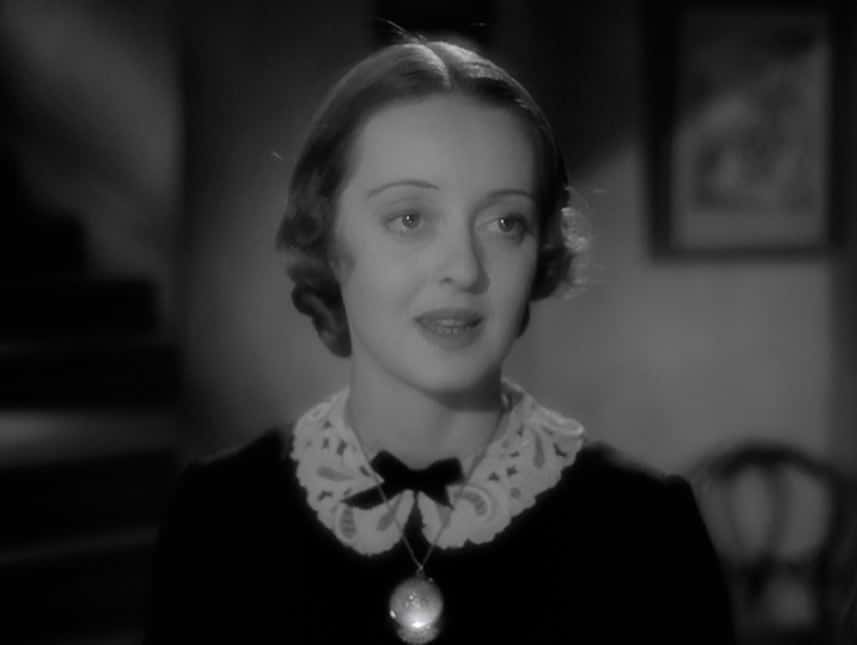 Using this narrative framing device, we are taken back to her past when she was travelling to become a governess to the Praslin children. On her first entrance she is warned by the handy man that she should leave, warning her away from a house filled with misery. She does not listen. Once she is hired, she quickly becomes close to the children of which there are three daughters and a much younger son. She also meets the Duke and Duchess Du Praslin. It is clear from very early on that the Duchess Du Praslin is suffering from paranoid delusions and is obsessed with her husband to a manic degree. It is also clear that he has long fallen out of love with her. 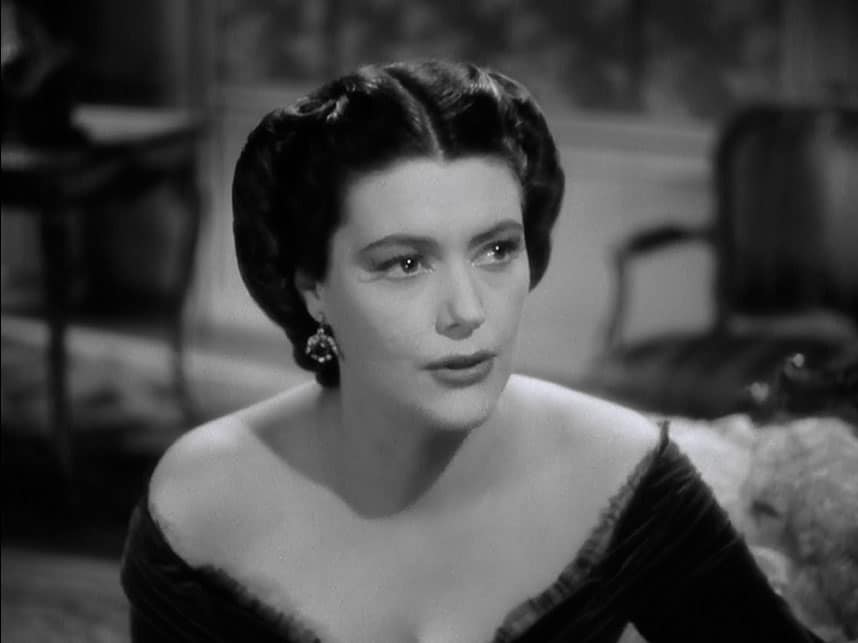 Tired of his wife’s madness and constant pleas for attention he has become withdrawn from family life. However, he loves his children and is drawn back into their company by the young governess who he begins to spend more time with. At first it is for the children, but he then begins to value Miss Henriette for herself. They become close friends and he falls in love with her. It is clear that she returns his feelings but they cannot entertain them for even a moment. 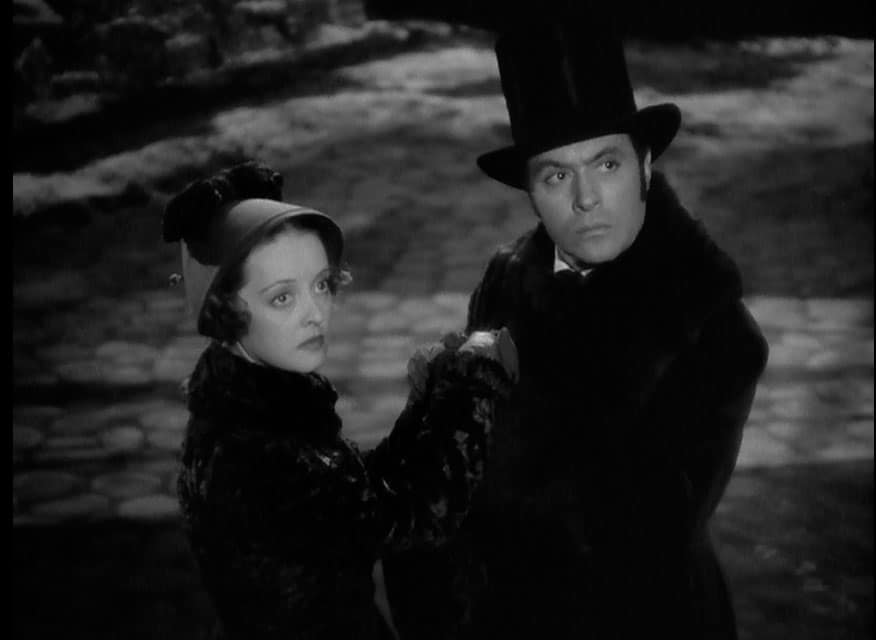 The wife takes a dislike to Mademoiselle Henriette who she believes is stealing the love of her husband and children. This is in some way true but is entirely her own doing. There is a brief moment when all is perfect before things escalate and then proceed to fall spectacularly apart. 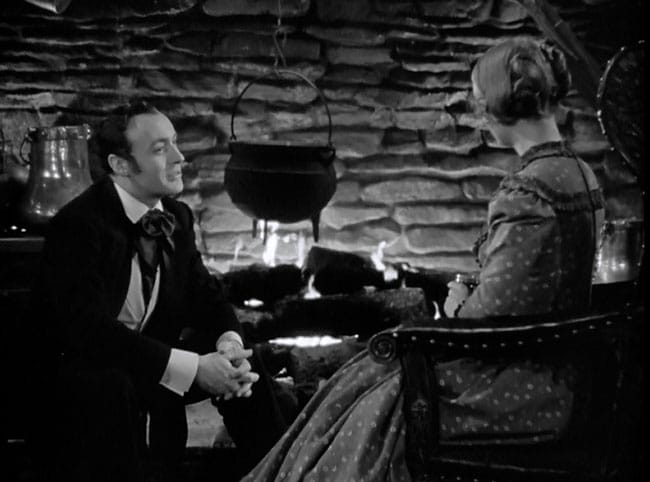 The Duchess is played with a gleeful hamminess by Barbara O’Neill who had played Scarlett O’Hara’s mother the previous year. Bette Davis’ performance has a quiet depth and strength making it all the more heartbreaking when she breaks down in the courtroom. Charles Boyer is very likeable and dignified as the Duke. Both smolder with the depths of their strangled feelings, communicating all that they feel through their eyes alone. 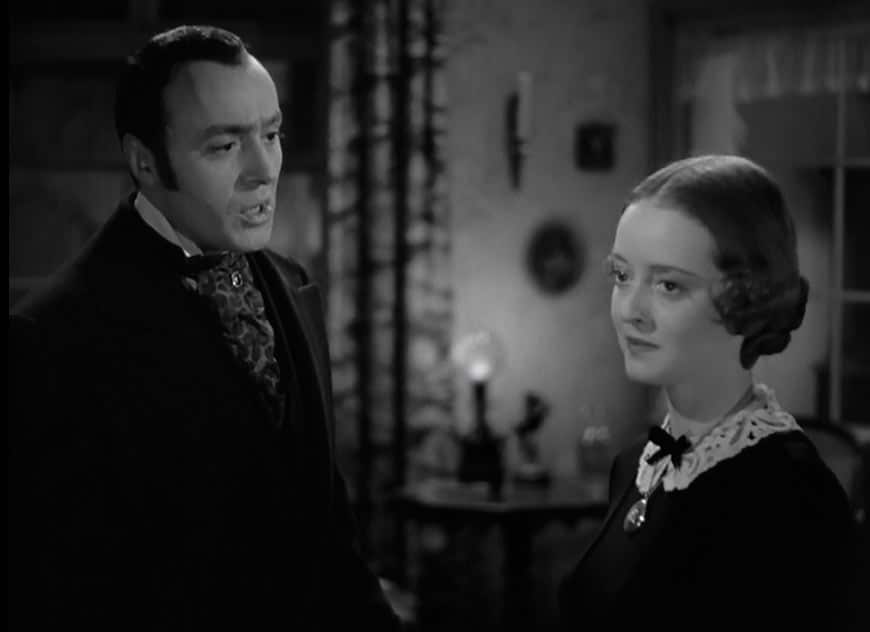 It is a love story told through passionate glances and longing looks. Never more physical contact passes between them than a handshake or a solitary instance of him kissing her hand. It is a painful story to watch. Two people so in tune yet unable to even declare their affection for one another. A love story told almost entirely through the expressive eyes of the two leads whose chemistry is perfect. The scene where they say goodbye without speaking a word to one another is incredibly moving. The relationship between Henriette and the children is also very moving especially when she is forced to leave them. The story demonstrates remarkable similarities to Jane Eyre made even more so by its basis in truth. It is a heartbreaking story of taking happiness where you can find it and of unspoken but very real love.

Our romance-themed entertainment site is on a mission to help you find the best period dramas, romance movies, TV shows, and books. Other topics include Jane Austen, Classic Hollywood, TV Couples, Fairy Tales, Romantic Living, Romanticism, and more. We’re damsels not in distress fighting for the all-new optimistic Romantic Revolution. Join us and subscribe. For more information, see our About, Old-Fashioned Romance 101, Modern Romanticism 101, and Romantic Living 101.
Pin this article to read later! And make sure to follow us on Pinterest.
By Elinor Cackett on February 10th, 2015