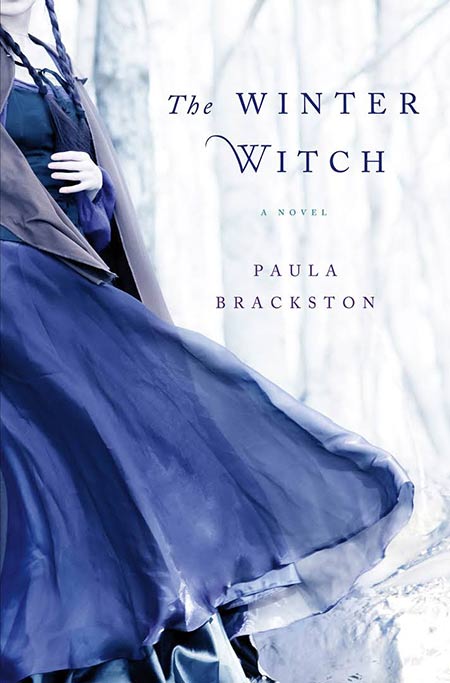 Magic, romance, Welsh landscapes, wonderful characters and beautiful descriptions are just a few of the reasons Paula Brackston’s novel, The Winter Witch is worth reading.

RELATED Vintage YA Review: The Witch of Blackbird Pond – A Delightful Feminist Work of Historical Fiction and Romance

The Winter Witch tells the story of Morgana, a young Welsh woman who happens to not only be a mute for mysterious reasons but a witch as well. Her mother arranges for Morgana to marry a widower who passed through their small Welsh town and took a liking to her. That way Morgana will always be taken care of. It’s not easy to find someone willing to marry a mute after all. Not to mention, Morgana’s eccentricities.

Morgana quickly marries the widower, Cai Jenkins, and moves to a new place in the mountains to be with him. At first, Morgana is mistrusting of her new husband and slow to let him in. But, over time, and after much hardship, she learns to love him.

Meanwhile, there’s a dark cloud hanging over the small village. An evil witch wants something Morgana has and curses their farm, her husband and even some of the villagers. Morgana, with the help of another good witch, has to fight to protect the people and the place she loves. But with Morgana’s own strange behavior, suspicion and blame quickly fall on her own shoulders.

Part historical fiction, part fantasy and part romance (not of the explicit kind), The Winter Witch is a beautifully written novel. Each character is believable and fleshed out, the imagery breathtaking and the atmosphere fitting to Morgana’s changing moods. What I love is that Brackston has created a magical world steeped in folklore and Welsh tradition that believably translates to the written page.

Brackston has created a magical world steeped in folklore and Welsh tradition that believably translates to the written page.

As far as the romance, despite Morgana’s inability to speak or even write, the relationship between her and Cai and how they fall in love (for her it’s a much longer process) is quite believable. Cai is loyal, patient and kind. And while there are a few sex scenes, they are mild and easily skipped over if that bothers you. In fact, there are no sex scenes at all until at least halfway through the book. The romance is more old-fashioned than modern which I appreciate considering the historical setting and Morgana’s virtues as a character. Beyond that, The Winter Witch has no real profanity. The language is elevated and fitting to the time period.

While I enjoyed the novel, there were a few slow parts that were a little hard to get through. But once you do, the story is well worth it.

Overall, The Winter Witch is a compelling read. Fans of historical fiction, magical realism and folklore should love and appreciate this unique story. If you loved The Secret Circle or The Witch of Blackbird Pond, you may appreciate The Winter Witch. While more adult, there are similar qualities.

The Winter Witch would make for a wonderful miniseries adapted by the BBC for the small screen. It would be a gorgeous Welsh production and similar in style and scope to series like Poldark with just a touch of the magical world building of Harry Potter thrown into the mix. While I’m sure there are many actors who could step into the role of Cai, it’s very easy to envision the always romantic leading man (who also happens to be Welsh), Ioan Gruffudd in the part. He would play it to poetic perfection. With the epic story and magical atmosphere, this is a story that would be sure to capture audiences everywhere. Who says the only miniseries adaptations should be classics?

Content Note: As mentioned above, there are a few sex scenes but overall the feeling of the book is not explicit.

Our romance-themed entertainment site is on a mission to help you find the best period dramas, romance movies, TV shows, and books. Other topics include Jane Austen, Classic Hollywood, TV Couples, Fairy Tales, Romantic Living, Romanticism, and more. We’re damsels not in distress fighting for the all-new optimistic Romantic Revolution. Join us and subscribe. For more information, see our About, Old-Fashioned Romance 101, Modern Romanticism 101, and Romantic Living 101.
Pin this article to read later! And make sure to follow us on Pinterest.
By Amber Topping on March 5th, 2016