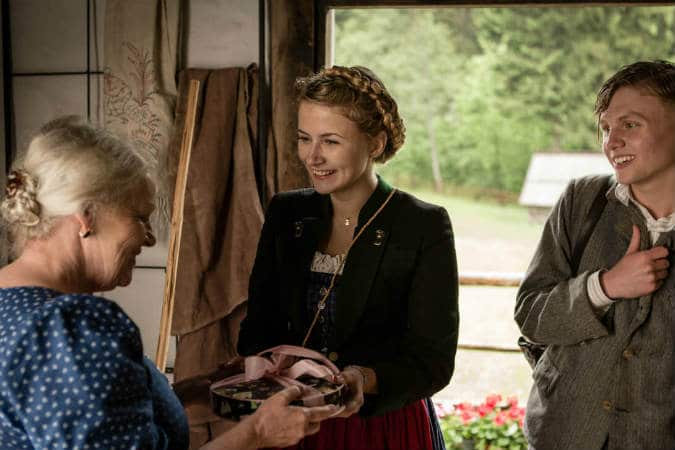 The von Trapp Family: A Life of Music Film Review

Like every other young girl, I was enchanted with The Sound of Music. It soared to frequent re-watch status and became one of the films (among a small handful that also included Anne of Green Gables) I grew up watching. I even approved of the controversial live-action musical produced by NBC some two years back.

When I read about this film, The von Trapp Family: A Life of Music (scripted by Letters to Juliet writer, Tim Sullivan), I was giddy with delight. Learning more about the von Trapp family legacies? Yes, please and thank you. During one of my Amazon “window shopping” sprees, the DVD showed up with a release date leading me to promptly preorder a copy.

The story follows young Agathe von Trapp (Eliza Bennett), the eldest of the Captain’s children. When she was a young girl, her mother died and with it, Agathe’s aspiration to use her beautiful voice to sing. As the years pass, Agathe takes on the role of mother, focusing solely on raising her siblings. As a result, the children make it less than habitable for the many nannies their father parades through the house. The protective shell Agathe develops makes it difficult for her father, Captain von Trapp (Matthew Macfayden), to connect with her. 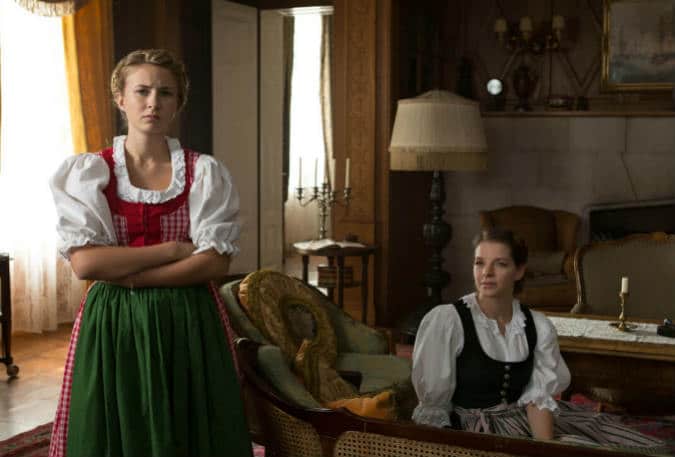 Agathe’s reign as the lady of the house draws to an end when their next nanny, Maria (Yvonne Catterfeld) arrives at the house. Young and pretty, Maria is different than the others. With time, the Captain begins to find in her the companionship he has missed, and with that, develops a friendship with another woman for the first time since his wife died.

Based on the memoirs of Agathe Von Trapp, this is almost a biographical narrative while still being a proper dramatization. It begins in contemporary times before an older Agathe (played by Rosemary Harris) backpedals through stories of the past in 1938 (and earlier) when the family’s world is on the brink of war. Judging by production qualities, this isn’t quite as polished as some of its peers. I also wish this had taken on more of a story narrative in the present (i.e., began and ended in the present), and then remained in the past once it went there. It swapped between the time periods too much. Though this won’t be a hindrance to everyone. With those minor complaints out of the way, this is a fabulous drama. 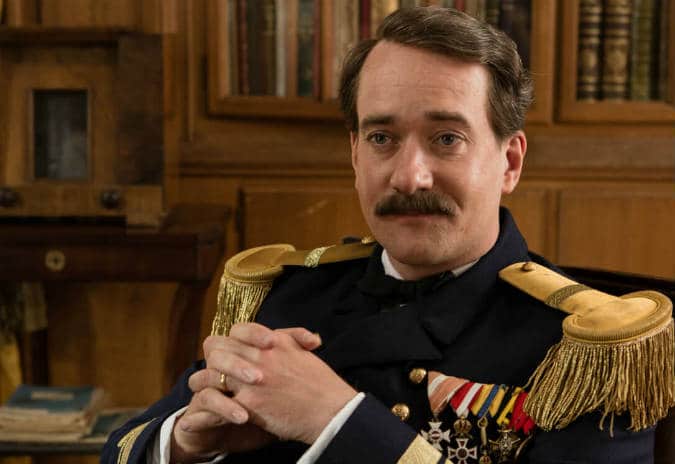 Those of us who were swept up in the romance and sense of the quaint timeless quality of The Sound of Music will encounter a very different albeit still elegant, and in many respects, timeless version of the story. The swiftness of the timelines (the drama may have benefitted from a longer runtime and aging of the children, which would have helped distinguish the timeframe) keeps things moving at a decent pace. The most impressive thing about this film is the cast. Eliza Bennett is sensational in the leading role and, of course, seeing Matthew Macfayden step into such an iconic fan favorite role was magic. He pulls it off with the right amount of charm (yes, this Captain is indeed a man not without charm) and rigidness. Yvonne was an unknown to me, but I did honestly enjoy her performance as Maria. 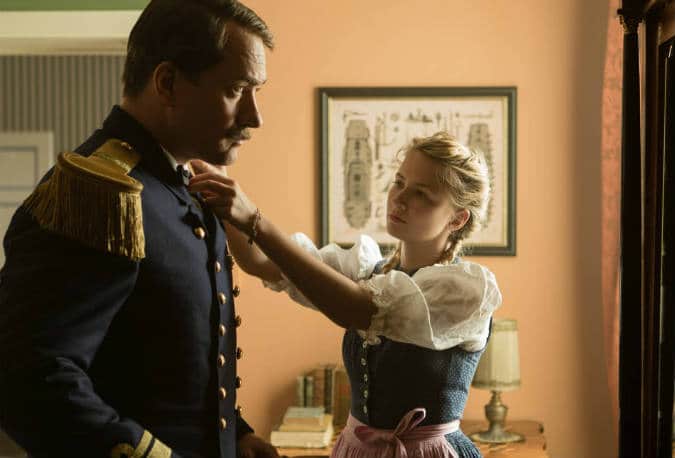 The writing is also to be complimented. It articulates a tender story of a family about to be uprooted from everything they know. This story about the Von Trapp family is touching as are the moving performances that bring the script to life. Watching the emotions shift and change over the ninety minutes affects a genuine feeling of inspiration. Recommending this isn’t difficult. Those of us who have fond memories of The Sound of Music or enjoy films like the BBC drama Ballet Shoes will find another wonderful film in The von Trapp Family: A Life of Music.

You can buy The von Trapp Family: A Life of Music on DVD or rent it on Amazon Video.

Content: A young man is beaten to death. Other minor war violence is depicted (none of which is on the battlefield). The film is rated PG.

Browse through our  other Film Reviews

Our romance-themed entertainment site is on a mission to help you find the best period dramas, romance movies, TV shows, and books. Other topics include Jane Austen, Classic Hollywood, TV Couples, Fairy Tales, Romantic Living, Romanticism, and more. We’re damsels not in distress fighting for the all-new optimistic Romantic Revolution. Join us and subscribe. For more information, see our About, Old-Fashioned Romance 101, Modern Romanticism 101, and Romantic Living 101.
Pin this article to read later! And make sure to follow us on Pinterest.
By Rissi JC on April 15th, 2016