Viewers in America will be rapidly approaching the thrilling climax of Jonathan Strange & Mr Norrell, when the mysterious Raven King will finally show his hand. There’s something about the name Raven King that instantly puts a shiver down your spine. Ravens (and to a lesser extent crows and other corvids) have long been considered mystical and magical. On the other hand, they have also been widely disliked by humans. Perhaps because of the effect they have on crops. Perhaps because their black hue seems sinister (although magpies and jays are not black, but people still don’t seem to like them).

I don’t get to see ravens round my way, but I do see a lot of crows. I like them. They are intelligent and dapper-looking. I like the way they watch from lamp-posts as though they know what’s going on. They have been known to make friends with humans and bring them gifts. Perhaps we have Edgar Allan Poe to blame for the raven’s association with horror, now impossible to shake. But there are many more myths and legends surrounding ravens (and crows) which I would like to share with you in this post.

In Greek and Roman mythology, the raven used to be white, but was punished for telling tales. The princess Coronis was unfaithful to Apollo, and the raven saw it. When it told its master, Apollo was so angry that he turned the raven black. The crow had once been a princess herself, who called on Miverva’s aid when being pursued by the sea god, Neptune. Minerva turned her into a crow and made the crow her attendant bird.  But later she lost her place and was replaced by the owl, also for telling tales. Well, crows and ravens do make a lot of noise!

The crow also turns up several times in Aesop’s fables. Sometimes he is clever, like when he adds stones to the pitcher to make the water rise high enough to drink. Sometimes he is outwitted by other animals, like when the fox tricks him into dropping his cheese by persuading him to sing. 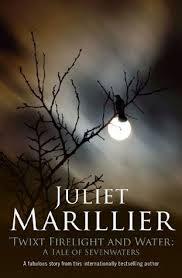 A familiar figure in Celtic myth and legend is Bran the Blessed, son of the sea god Lyr, and grandson of the sun god Belenos. His name means raven, and this was his symbol. He is a mythical king of Britain and has many adventures in the old tales, along with his sister Branwen. Juliet Marillier draws on his legacy in Son of the Shadows, with the Painted Man, Bran, who has a raven tattoo covering one side of his body. In the same book, she also introduces Fiacha, a not-quite-ordinary raven, who gets his own story in Twixt Firelight and Water.

In The Dream of Rhonabwy, a medieval Welsh tale, the dreamer sees Arthur and his nephew Owein playing a game of gwyddbwyll (like chess). While they are playing, a battle rages between Arthur’s men and Owein’s ravens. Every time a messenger comes from the battle, either Arthur or Owein tells the other to call off the attack, but the response is always, “Play on,” until Arthur in his rage crushes the playing pieces to dust. In the book The Arthurian Tradition, author John Matthews suggests various meanings behind this game. The ravens might be goddesses in another form.  It could be a struggle for control of the land, between men and nature/gods.  It might reflect events in the Otherworld.  It is certainly mysterious. 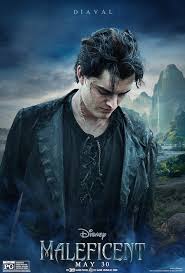 In Norse mythology, the god Odin had two ravens called Hugin and Munin (Thought and Mind) which he sent out around the world while he was sitting on his throne. In Through a Glass, Darkly author Jostein Gaarder likens this to the “inner eye,” which all humans have, and which enables us to see with our thought and mind things which we otherwise could not. The Disney film Maleficent draws on this myth with the character of Diaval, the raven that Maleficent transforms into a human and back (and into other things), telling him to be her wings. He goes where she cannot and sees things for her. But he also has a mind of his own.

The Ravens of the Tower

Lastly, I must mention the ravens of the Tower of London.  The Historic Royal Palaces official website has this to say about them:

“Legend says that the kingdom and the Tower will fall if the six resident ravens ever leave the fortress. It was Charles II, according to the stories, who first insisted that the ravens of the Tower should be protected. This was against the wishes of his astronomer, John Flamsteed, who complained that the ravens impeded the business of his observatory in the White Tower.

Despite their having one wing trimmed, some ravens do in fact go absent without leave and others have had to be sacked. Raven George was dismissed for eating television aerials, and Raven Grog was last seen outside an East End pub.

There are seven ravens at the Tower today (the required six plus one spare!).Their lodgings are to be found next to the Wakefield Tower. These magnificent birds, large members of the genus Corvus, the crow family, respond only to the Raven Master and should not be approached too closely by anyone else. The ravens preside over four different territories within the Tower precincts.”

I must finally add that the Tower of London Raven Master, Chris Skaife, tweets regularly as @ravenmaster1 about all things raven-related. So if you want to know more, that’s the place to go!

Our romance-themed entertainment site is on a mission to help you find the best period dramas, romance movies, TV shows, and books. Other topics include Jane Austen, Classic Hollywood, TV Couples, Fairy Tales, Romantic Living, Romanticism, and more. We’re damsels not in distress fighting for the all-new optimistic Romantic Revolution. Join us and subscribe. For more information, see our About, Old-Fashioned Romance 101, Modern Romanticism 101, and Romantic Living 101.
Pin this article to read later! And make sure to follow us on Pinterest.
By Elizabeth Hopkinson on July 18th, 2015