One of the newer streaming series to release under the “Amazon Originals” banner, the 60s era drama The Last Post entices period drama aficionados with its superb cast. Produced by BBC, the series isn’t the usual “pretty picture” production that put stars in our eyes. That said, the series is interesting and emotional, all in the best of ways.

The story begins in 1965 and takes us to Aden, a place protected by the Crown while under Royal Military Police patrol. A shake-up among the ranks is taking place with the promotion of a Captain Page, who is on his way out of the remote post. His affair with Alison Laithwaite (Jessica Raine) is the not-so-secret scandal on base. Married to Ed (Stephen Campbell Moore), Alison and the entire base assume it will be Lt. Laithwaite who’d assume the post left vacant by the outgoing Page. But instead, a new man assumes the position.

Young and ambitious, Captain Joe Martin (Jeremy Neumark Jones) along with his new wife, Honor (Jessie Buckley) arrives in Aden determined to make a good impression. Joe finds his presence unwelcome because of the assumption Ed is the better candidate. Under the leadership of Major Harry Markham (Ben Miles), these men lose fellow soldiers and must fight through a dangerous mission to save an innocent life.

At its core, this series is all about emotions and allowing the audience to experience every nuance of those emotions. The tension that builds is palatable, leaving us breathless in anticipation of what these characters will ultimately decide. Though not very long (the series consists of 6 episodes), the focus remains solely on the character arcs, which means the pace is slower than some of its peers.

Portraying these characters are some of Britain’s best. This talented cast includes Amanda Drew, Chris Reilly and in a surprise of all surprises, Essie Davis who you’ll recognize from Miss Fisher’s Murder Mysteries. The lead cast is phenomenal. This includes seeing Ben Miles (Lark Rise to Candleford, The Crown) and Stephen Campbell Moore (Wallis and Edward) in something that suits them both. 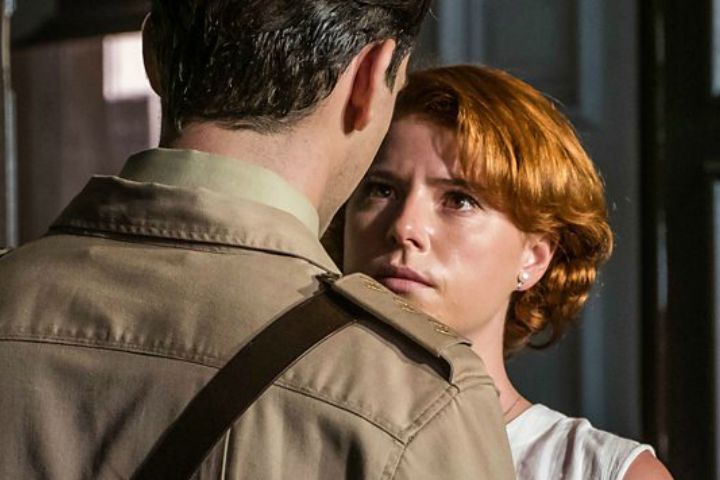 Then we see actors like Jessica Raine (Call the Midwife) or Jessie Buckley (War & Peace) come into their own, and there isn’t a weak link in this cast. The emotions they convey on screen never cease to amaze, but it’s perhaps Jessica Raine who should get the biggest props for her performance. A portrayal that’s raw and unlike any character we’ve seen her play.

“I love it when you call me darling.”

This is where this show is most affecting – the emotions. Though there is plenty of conversation, we see more than hear the emotion. So much of the script relies on expressions which a beautiful musical score highlights. This is where much of the storytelling weight lands squarely on the shoulders of the cast. All of whom are brilliant! You feel, experience and understand every nuance because of their respective talents. 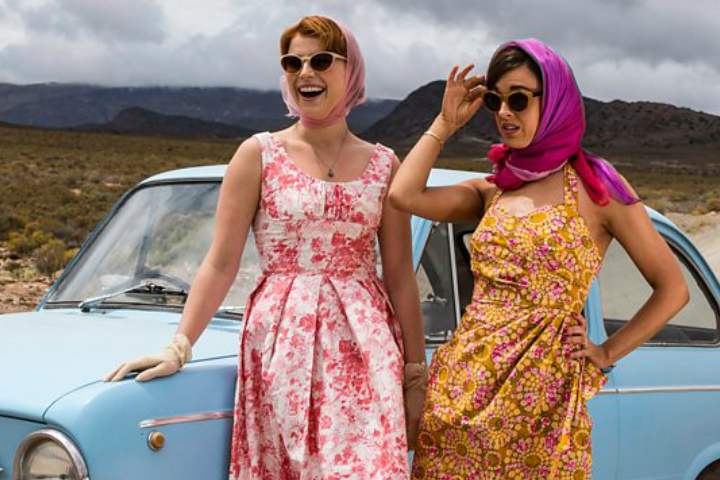 Full of gorgeous landscapes and desolate places, the senses are brightened with gorgeous period-authentic costumes. It’s in the details and seemingly insignificant moments that we find a genuine “realness” to this storytelling. There is so much pain among the characters, but the real feelings they evoke makes the bittersweet scenes worth it all. As does the fact that, even without a season two announcement, there is some resolution by series end. Of course, there are threads left to dangle, but we see a happier snapshot in the final moments which lifts some of the emotional impact.

Content: There are approximately 5 f-words and various other minor profanity throughout the 6 episodes. There’s some sexual content (2-3 love scenes), an extra-marital affair, and a woman begs for an abortion. There is the suggestion she wants to perform an at-home abortion herself. There’s violent content that includes an ambush where a soldier’s head is severed (off-camera). The series is rated TV-MA so take that into account.

Where to Watch: At this time, you can watch The Last Post on Amazon Prime or order on DVD.