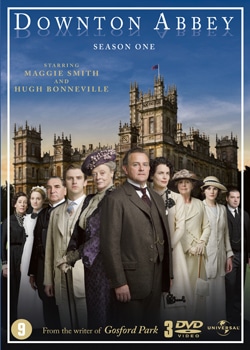 Our Take: Just when period dramas started to fade out of production, Downton Abbey thankfully sparked some life into the genre. With an ensemble cast of interesting characters from the upstairs and downstairs, zippy one-liners from Maggie Smith, and several love stories to create intrigue, Downton has something for everyone. If there are any downsides to this fabulously entertaining series, it comes down to actors leaving the show too soon.

Content Note: Typically TV-PG. Perhaps a couple could have been rated TV-14. Writer/Director: Written by Sandy Welch and directed by Jim O’Hanlon.

Our Take: While there are many adaptations of Jane Austen’s Emma I love, the 2009 adaptation is by far my favorite. Why? Dream casting occurred with Romola Garai and Jonny Lee Miller. Yes, she’s playing younger and he’s playing older. It is still enchantingly romantic, and of course, Michael Gambon as Emma’s father is perfection. 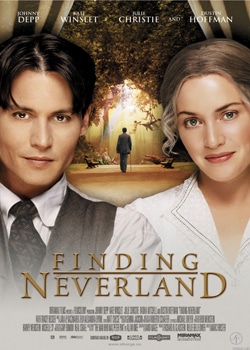 Our Take: I love biopics and Finding Neverland is definitely one of the best. In a film about J.M. Barrie’s inspiration behind Peter Pan, the movie proves you can tell a realistic story without leaving imagination behind.

While the love story between J.M. Barrie and Sylvia is more unspoken, what is unspoken is most assuredly romantic. This is a wonderful film that will make you believe in magic. 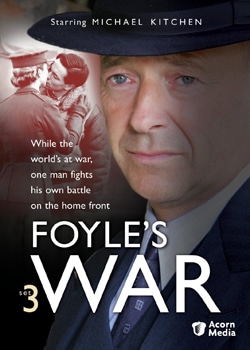 Our Take: A recent discovery of mine (or at least one I finally got around to watching on Netflix), I was pretty much hooked by episode two. With the focus on mysteries in the midst of WWII and Foyle’s crew on the case, there are several interesting ideas the writer can play with. And as for the romance, Samantha Stewart (Foyle’s driver) has plenty of love interests. My favorite is with Foyle’s son. Great writing, intriguing mysteries, and characters you can’t help but love, all make Foyle’s War a great choice to consider for your next period drama binge. 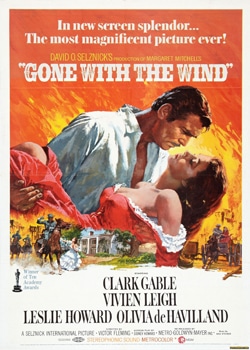 Title: Gone with the Wind

Director: Victor Fleming (2 others are uncredited).

Our Take: An epic adaptation of Margaret Mitchell’s historical fiction novel about the Civil War with memorable characters that leap off the screen. Clark Gable and Vivien Leigh became Rhett Butler and Scarlett O’Hara so completely that no one will ever be able to play the characters again with equal justice. Everything about this film works, right down to the sensual chemistry between the leads and Scarlett’s selfish survivalist attitude. If you haven’t seen this yet, make sure to make it a priority! 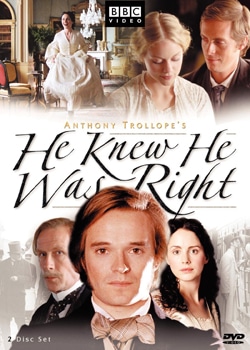 Title: He Knew He Was Right

Writer/Director: Adapted by Andrew Davies and directed by Tom Vaughan.

Our Take: During Victorian England, a young couple’s marriage turns to turmoil when the husband’s suspicion of an affair becomes paranoia. With adaptations like He Knew He Was Right, one has to wonder why more of Anthony Trollope’s MANY novels haven’t made it into BBC productions just yet (there are a few others).

Romantic, charming, tragic, and even hilarious, this is one Period Drama that will entertain from beginning to end. The best part is hands down David Tennant’s performance in one of his funniest roles to date. Our Take: Set in 1950s England, The Hour follows a group of characters running an investigative news program. In the process, secrets, vices, and spies come to light. And at the center of it all is a fantastic (and earned) romance between the two leads.

I love Romola Garai and Ben Whishaw, but together in a TV series? Pure gold! Brilliant writing (gives me the shivers at times), an amazing cast (including Dominic West, Anna Chancellor, and Peter Capaldi), atmospheric production design, and tangible chemistry between Whishaw and Garai, The Hour outshines Mad Men in every way. With likeable characters and a romance you can root for (Freddie and Bel are definitely in my top ten); this is a great choice for all you period lovers out there.

Content Note: Depending on the episode, the rating is somewhere between TV-14 and TV MA. Unlike several American cable shows, however, any adult content feels relevant to the plot and is not added in unnecessarily. 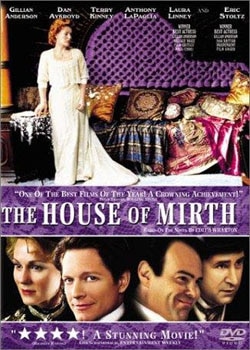 Title: The House of Mirth

Our Take: Another adaptation of a Wharton classic, The House of Mirth is an underrated gem. The film is about societal expectations at the turn of the century as Lily gets caught up between her heart and what she thinks she should do. Gillian Anderson’s performance in the title role stands out and her chemistry with Eric Stoltz is off the charts. While this is quite the depressing love story and film, sometimes tragedy can be just as swoon-worthy as a happy ending in romantic period dramas. Title: I Capture the Castle

Our Take: A coming of age story about 17-year-old Cassandra as she and her sister try to survive in an old castle. Poor, they don’t have any prospects until a couple of brothers become their new landlords. Love of course ensues, but it all gets messed up when Cassandra falls for her sister’s fiancée. A drama, a comedy, and all around great film, with wonderful performances from Romola Garai and especially Bill Nighy as Cassandra’s father, this is a lesser known period drama worth checking out. Also based on one of my favorite novels of all time!

Content Note: Rated R for brief nudity. This is only R because Cassandra’s eccentric stepmother is a nudist. Our Take: There are several fantastic adaptations of Charlotte Bronte’s Jane Eyre (I particularly liked the ’83 and 2011 versions), but this one captures the spirit of the novel the best. Not to mention, the perfect Jane had finally been discovered. Ruth Wilson’s performance as the governess who falls for the Byronic, moody (but also flirty) Mr. Rochester, is astonishing. I’m not sure anyone could ever top Wilson’s portrayal of Jane because she not only gave a good performance, she captured Jane’s spirit.

Toby Stephens as Rochester matches Jane every step of the way. With chemistry so passionate and intense between Jane and Rochester, you will believe Jane’s turmoil once she discovers the secrets he and Thornfield Manor have been hiding.

Content Note: A couple of sensual scenes but nothing too racy. 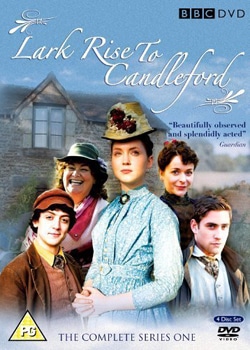 Our Take: Based on a semi-autobiographical book by Flora Thompson, the TV series follows Laura as she moves from Lark Rise to work in Candleford’s post office. Similar to Cranford, Lark Rise is about change at the turn of the century and the lives caught up in these two towns. Uplifting and romantic, I got invested in all the lives of this richly developed ensemble of characters. If characterization and feel good dramas are your thing, look no further than Lark Rise to Candleford. Our Take: In another Dickens adaption, Little Dorrit is about Amy Dorrit, circumstantially obligated to either work or help her father in the debtor’s prison. When she meets Arthur Clennam (Matthew MacFadyen), her boss’s son, their lives interlink as a mystery about her connection to the Clennam family begins to unfold. In the meantime, Amy can’t help but fall for Arthur, the man who shows her so much kindness. Once again, Andrew Davies proves he is a master screenwriter of the period drama. Our Take: Based on Louisa May Alcott’s classic novel, this is a heartwarming film for the whole family to enjoy. Nevertheless, I’ll be honest, I almost cut this film from the list just because I despise the ending so much (I loathe the Professor), but I knew that would be a wrong decision. Sometimes, endings don’t work out the way we want, but that doesn’t mean we didn’t enjoy the journey, and I very much enjoyed the journey of the March sisters (especially Jo) and their next-door neighbor Laurie.

This is a coming of age story set in post-Civil War about family, hardship, friendship, romance, and even unrequited love. A heartwarming story with endearing characters to lift the spirits! Our Take: So this isn’t exactly Jane Austen’s Mansfield Park and for some reason that doesn’t bother me all that much. Instead of ‘just’ an exact adaptation of the classic book about shy and poor Fanny Price living with her rich relations, Rozema combined the story with Jane Austen’s own letters and also included themes of the social injustices of the time period.

Witty, well-acted, and just plain engaging (thanks to the sharp dialogue), Mansfield Park is one entertaining film for those who aren’t quite Austen purists. On a side note, I much prefer this Edmond (Jonny Lee Miller), on a romantic level that is, to book Edmond. Our Take: Set in 1920s Melbourne, Miss Phryne Fisher sleuths her way through a murder mystery or two, all with the help of shy Dot, handsome Detective Inspector Jack Robinson, and her golden pistol. Wit, charm, humor, romance, fabulous characterization, and interesting mysteries, all make for one of the most entertaining TV shows of all time. For those who have Netflix, series 1 is available…

Content Note: Most of the time, it is about TV-14, but there are a few scenes that delve into TV-MA material (not very often though) with some nudity.