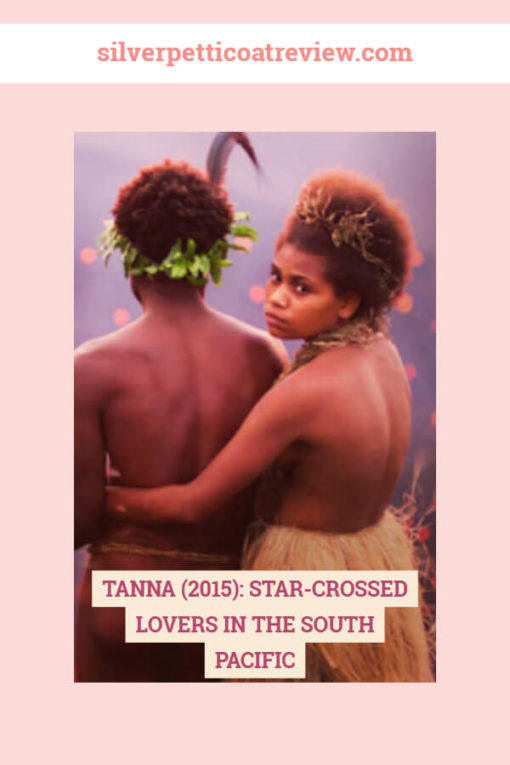 Tanna Film Review: Tanna is an authentic love story you may have never heard of before.

From the island of Tanna in the country of Vanuatu, a group of islands in Melanesia, east of Australia in the South Pacific, comes this heartbreaking tale of forbidden love. Yes, the Tanna movie is essentially a tribal version of Shakespeare’s great tragedy Romeo and Juliet. Two young lovers torn apart by intertribal strife and collective customs.

And even though you know where this is going, Tanna is a lovely, heart-wrenching, life-affirming, thought-provoking watch.

Wawa loves Dain. But marriages in their tribe are assigned and arranged by the chief and the elders. That is how it always has been. When a warring tribe beats their shaman near to death, many in the tribe demand revenge.

But the broken shaman sings a song of forgiveness and reconciliation from his sickbed. And the chief hears that song and obeys. A truce is called, and a peace offering is given: Wawa.

Wawa is to marry the very man who brutally beat their shaman, her grandfather.

Dain, whose parents died at the hands of this rival tribe years ago, cannot and will not allow yet another of his loves to be taken. They refuse to deny their love, to submit to the customary practices. Dain’s grandfather, the chief, disowns him, banishing him from the village.

Wawa’s parents lecture her about respect, respect for the customs, the tribe, the elders, the community. If she does not submit to being the peace offering, there will be no peace, just more and more bloodshed. That will be on her hands.

But she chooses Dain anyway. They run away. For having dishonored the customs, a death sentence is on their heads. And on a volcanic island in the South Pacific, there are not a whole lot of places to hide. This is especially so for those who still follow the old ways, the customs, and are not willing to lose themselves in the colonizing force of Christianity.

Foreign and Yet Universal

The Tanna film immerses you in this foreign tribal culture, with its rites, customs, traditions, and worldviews. It’s incredibly rich ethnographically and cinematographically.

In fact, the film is truly authentic, in that it is filmed in a Yakel village using the villagers as the actors. So, the villagers essentially play themselves, and boy, can they emote. The little girl playing Wawa’s wild younger sister, Selin, doesn’t say much, but her little face speaks volumes. She is something special in this film.

Their very island is the setting and, boy, is it beautiful. Tanna feels like a nature documentary at times.

And yet, as alien as this film is to the most of us in our modern-day, Western lives, the themes being presented here in Tanna are universal. Love and hate, societal rules and communal conventions vs. personal freedom and individual choice, forgiveness, customary divisions, colonization. There is so much food for thought in this film. So much food for thought about how we structure our societies, govern them and why.

Yeah, from this little volcanic island in the South Pacific, there is a poignant message for all humankind. And maybe the most important message of Tanna is that we can change. Society’s rules are not written in stone, and even if they are, they can be rewritten. We can structure ourselves differently. We can change.

Yes, indeed, Tanna is a thought-provoking and heartbreaking wonder of a film.

Where to Watch: You can stream on Amazon Prime Video, Kanopy, and Tubi, or rent/buy on Digital and DVD.

Content Note: Probably PG – there is no swearing, no sexualized skin. Violence is subdued and/or off-screen. But there is lots of nudity, specifically women’s breasts and men’s bums. The traditional attire of this tribe does not cover breasts or backsides. There is nothing sexual in this, this is just the norm.