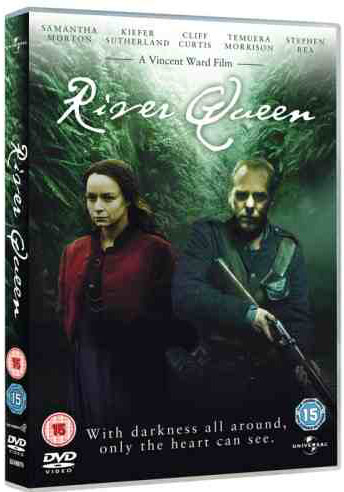 River Queen is the story of Sarah O’Brien (otherwise known as ‘Queenie’),  inspired by the tales of two women in New Zealand and the Chief Riwha Titokowaru who led the last resistance movement against the advancing British Army. Sarah O’Brien is inspired by the true stories of Caroline Perret and Ann Evans. Caroline Perret was taken as a child after her father broke a land taboo and was only found by family years later, having refused to come home. Ann Evans was a Crimean War nurse who was kidnapped and taken blindfolded to heal Titokowaru before being safely returned. Apparently, there were many ‘Pakeha’ women taken at the time by Maori tribesmen. 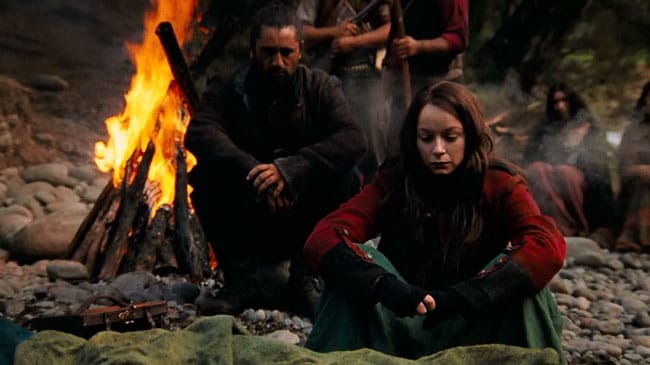 River Queen is set in 1860’s New Zealand as Sarah and her father, an Irish doctor, are living on the frontier – the last military outpost before Maori territory began. Some years previously she had fallen in love with a Maori boy named Tommy and became pregnant, but soon after he and most of his village died of influenza. Left alone to raise a ‘half-caste’ child in a hostile environment with a father who considers her a disgrace, her only friend is Private Doyle, a disillusioned soldier. When her son, Boy, is kidnapped by his other grandfather, Rangi, Sarah tirelessly searches for him. 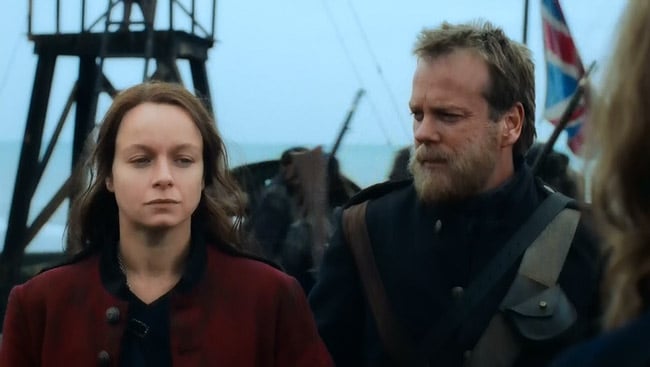 Seven years later, the outpost is attacked by rebel chief Te Kai Po and Rangi is killed in the conflict. Believing her only link to her boy to be dead, Sarah allows herself to be taken back to a British camp. Here she meets a man who fights for the British but secretly works for Te Kai Po. He also has a link to her past. He brings her blindfolded to his village so that she may heal the chief in exchange for the opportunity to see her son. She settles into life in the village, but is about to be put in the middle of a territory war in which she has conflicting loyalties. 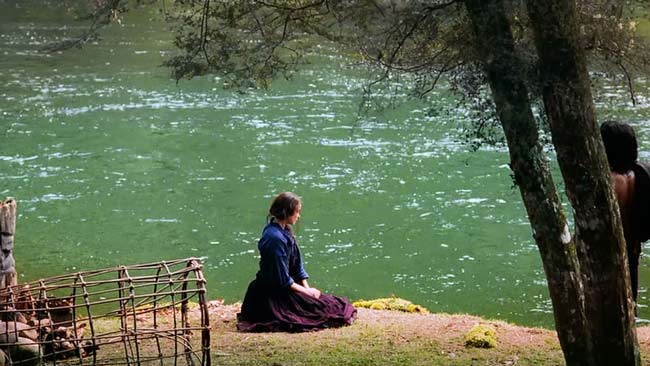 I really liked the character of Sarah who was refreshingly active, direct and determined to get her son back. The action is fascinating, though at times overshadowed by the sheer magnificence of the country which becomes a character in its own right. It’s not a story I have seen before and was interested to know more about New Zealand’s past.

The cast are all superb with the main bulk of the film riding on the shoulders of Samantha Morton, who is fantastic and extremely sympathetic. Kiefer Sutherland, Cliff Curtis, Temeura Morrison and Stephan Rea are also good, playing complex people dealing with a harsh environment as best they can. The main villain is a rather disappointingly stereotypical ruthless English Commander that even Anton Lesser can do very little with. He is also unfortunately the only prominent English character in the film. 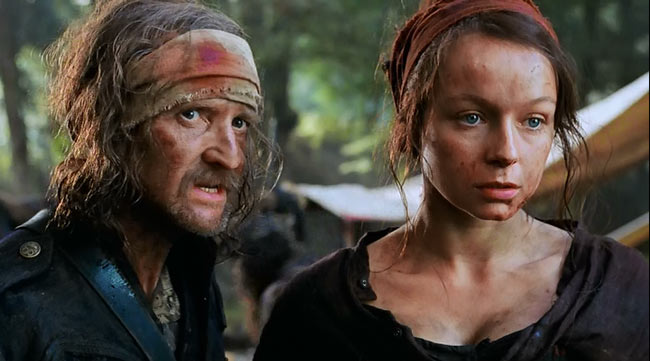 The soundtrack by Clive Jenkins is epic sounding and interesting, employing a Maori chorus and Irish folk songs to demonstrate the contrasting worlds that clash in the film. The costume choices for Sarah are interesting; she is almost always in bright, bold colours, some of which are very military. This is a visual reminder that indicates to the audience her brave and stubborn character.

The film’s only real downfall, besides the predictable antagonist is the distinct lack of supporting women which is in no way believable given where she spends a large chunk of the film. 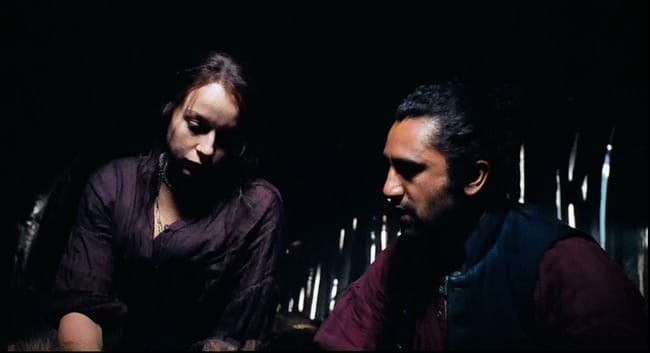 While Sarah has romantic options it is above all things a story about a mother’s search for her missing child and the war raging around her. Themes of clashing cultures, identity and family are prevalent in the film. It is an exciting story that introduced me to an unfamiliar part of colonial history. It is a unique and emotional historical drama, beautiful and thoughtful. I really recommend it.

Our romance-themed entertainment site is on a mission to help you find the best period dramas, romance movies, TV shows, and books. Other topics include Jane Austen, Classic Hollywood, TV Couples, Fairy Tales, Romantic Living, Romanticism, and more. We’re damsels not in distress fighting for the all-new optimistic Romantic Revolution. Join us and subscribe. For more information, see our About, Old-Fashioned Romance 101, Modern Romanticism 101, and Romantic Living 101.
Pin this article to read later! And make sure to follow us on Pinterest.
By Elinor Cackett on May 8th, 2015