Today is Dear Diary Day. According to the National Day Calendar, to observe the day, you should write an extra entry into your diary. I don’t keep a diary or journal. So, instead, I created a list of movies and television shows that made a diary or journal a star.

Below is a list of movies and shows that swept us away and reminded us of why writing in diaries bring comfort, no matter the outfall. They are the epitome of what Dear Diary Day is all about. These movies made us laugh, cry, and swoon over the emotion. I hope you all enjoy!

10 Times a Private Diary Made Us Laugh, Cry and More

When book publicist Bridget decided to start her New Year with firm resolutions, she used a diary to help her along the way.  As a result, the most hilarious book featured in the movie was her diary! From beginning to end, Bridget’s diary was a part of every moment of her journey! From colossal mistakes to triumphant perseverance, Bridget’s diary was her hero just as much as Mark Darcy. We wouldn’t have it any other way!

Bridget Jones’s Diary is available for free for HBO subscribers or to rent or purchase on Amazon.

The prequel to the HBO series aired on The CW and features young Carrie Bradshaw interning in New York while in high school. Much like the original series, Carrie’s diary serves as the narrator of each episode as she explores the challenges of being a teenager in 1980s New York. Also, it really features some of the best (and craziest!) of ’80s fashion!

You can watch The Carrie Diaries on Netflix.

#3 The Diary of Anne Frank 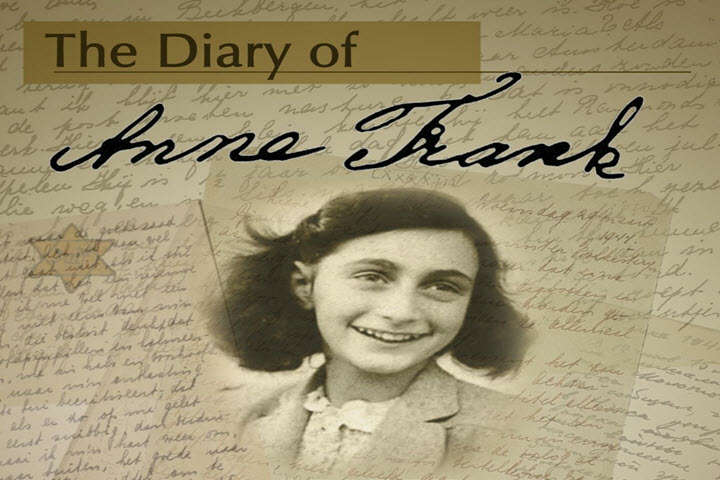 Both the book, the 1959 classic film, and the 2009 television miniseries revolve around Anne’s diary. The diary captures Anne’s life as it was, her innermost thoughts and feelings. She is honest and not often flattering in her descriptions of others. Anne’s diary also captures the fear of everyone in hiding. As well as those helping them. In addition, the diary captures Anne’s ideals and, tragically, her hopes and dreams for after the war.

Different film and television versions of The Diary of Anne Frank are available for rent or purchase on Amazon. You can stream the 2009 miniseries on Acorn TV.

Aw! I’m sure we all remember little Doogie Howser! At the end of nearly every episode, Doogie wrote in his diary. He wrote of the day’s events and reflected on the lessons he learned. It was a sweet way to hear this young prodigy navigate adult life.

Bram Stoker’s novel Dracula is perhaps one of the best uses of a diary, or journal, in story-telling. It alternates between journal entries, letters, news articles, and ship logs to tell Dracula’s tale. Perhaps the only movie to utilize the journal and ship logs was the 1992 version starring Keanu Reeves and Winona Ryder.

You can rent or buy Dracula on Amazon.

Content Warning: The movie is Rated R for sexuality and horror violence.

I confess I wish I could see more of Emma’s diary. What did she write before she met Harriet and began her failed career as a matchmaker? Either way, her musings are sweetly romantic. They were, also, moments of clarity for Emma. Between Mrs. Weston and her diary, Emma learned more about herself than she ever had before. It also led her into the arms of the dashing Mr. Knightley!

Emma is available to watch on Hulu.

#7 Harry Potter and the Chamber of Secrets

In both the movie and book, a diary played a central role. Tom Riddle’s diary manipulated the lonely Ginny Weasley, resulting in an epic battle at the end for Harry, Hermione and Ron. The diary was both the cause and solution, making this one of the most clever uses of a diary in a film!

The Harry Potter movies are available to rent or purchase on Amazon.

What would a Dear Diary Day list be without at least one tearjerker? This was the first Nicholas Sparks book I read and one of three movies I watched. It’s my favorite. I wept from beginning to end while reading the book. While the diary in this story is a book written by Allie, I still see it as the journal of a woman desperate not to forget the greatest love of her life.

The Notebook is available to rent or purchase on Amazon.

#9 To All the Boys I’ve Loved Before

If you have not seen or read, this sweet story, I cannot recommend it enough! The book and movie do not feature a “typical” diary. Instead, Lara Jean captures all of her emotions into letters that she never mails. The letters are about her feelings for boys she cannot express to them for one reason or another. So, she stows them away, safely, in a hatbox in her room. Until, one day, the letters end up in the hands of the boys. These letters and her subsequent emotions and thoughts move this romantic comedy in unexpected and delightful ways. Psst…John Hughes film fans? You’ll love this flick!

To All the Boys I’ve Loved Before is available on Netflix.

We don’t see much of Elena writing in her diaries after the initial season of The Vampire Diaries. Still, that doesn’t take away how much Elena used her journal to cope. The diary is her escape. It is also where she feels all her emotions instead of hiding them away. I also love that she always starts her entries with, “Dear Diary.” How perfect is that for Dear Diary Day?

You can watch The Vampire Diaries on Netflix.

There are a number of other films and television shows featuring diaries or journals. Sisterhood of the Traveling Pants features Lena’s art journal. The cult classic, Heathers, shows Veronica scribbling away in a journal. And don’t forget Harriet the Spy! So, if you are looking to celebrate Dear Diary Day, grab your remote! Pick your favorite and enjoy!

Do you keep a diary? What is your favorite show or movie to feature a diary? Drop me a line below!

Our romance-themed entertainment site is on a mission to help you find the best period dramas, romance movies, TV shows, and books. Other topics include Jane Austen, Classic Hollywood, TV Couples, Fairy Tales, Romantic Living, Romanticism, and more. We’re damsels not in distress fighting for the all-new optimistic Romantic Revolution. Join us and subscribe. For more information, see our About, Old-Fashioned Romance 101, Modern Romanticism 101, and Romantic Living 101.
Pin this article to read later! And make sure to follow us on Pinterest.
By Catherine on September 22nd, 2018