Yes, I’m a sucker for spy movies! There’s just something so thrilling about classy, brainy agents with intense skills and hi-tech gadgets executing secret plans unbeknownst to the world. Knight and Day takes the age-old love for spy films and unites it with a romantic comedy for a fun and adorable two-hour escape. 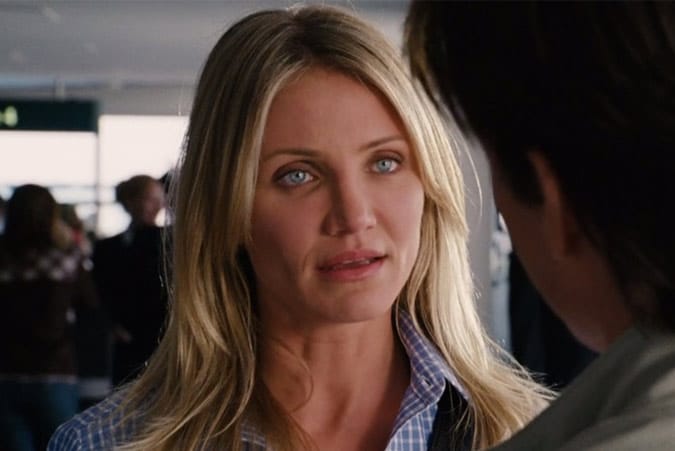 June Havens just wants to get back home for her sister’s wedding. On the flight back home, she makes a connection with a charming, attractive fellow traveler, Roy Miller. Only Roy Miller is a rogue spy who ends up crash-landing the plane in a field. When June wakes up at her house the next day, she just wants to forget yesterday ever happened. But mysterious men in suits follow her around and start questioning her. When they escort her somewhere where she’ll be kept “safe,” Roy interrupts with guns blazing. June gets whisked along in an adventure of espionage while flirting with a spy gone rogue. But can she really trust Roy Miller? Or is he just another agent conning her too?

Oh man, I really love this movie! This is one that I just can’t help being entertained by. There’s so much fun and hilarity in this homage to spy films. It has everything you expect and want in a spy flick: secret messages, exciting choreographed fight scenes, crazy shoot-outs, exotic gorgeous locations, crazy car chases, train fights, and more!

Tom Cruise is delightful as the chatty, empathetic secret agent, Roy Miller, and brought the whole spy authenticity to the film. I mean Tom Cruise and Mission Impossible are almost synonymous. With that background, Cruise feels like the perfect choice for the shrewd, skilled spy while still bringing a defusing charm to his character Roy. Of course, Cruise did most of his stunts and admitted that he came up with stunt ideas of his own, including the motorcycle scene where he and Diaz switch places while riding on the motorcycle. 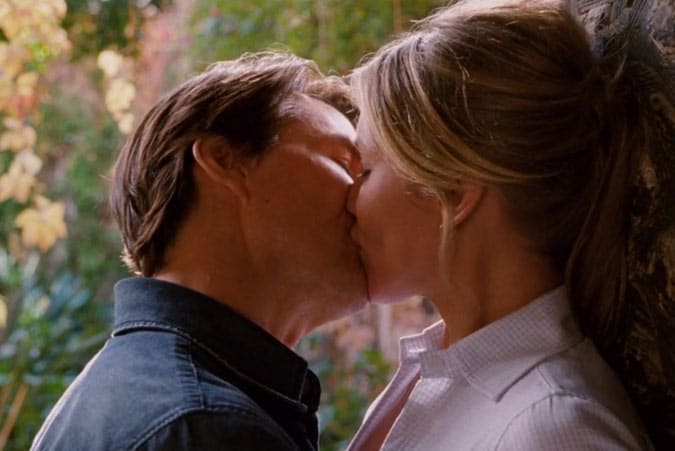 In fact, many of my favorite moments are of Roy coolly chatting away with June like they’re having a normal conversation while in a shoot-out or ridiculously dangerous situation. What I loved best about Roy Miller’s character was even though he was a serious spy assassin, he’s clearly a very empathetic person who puts others first despite the personal costs for himself, whether for his friend Simon or June. This made him feel different than the typical alpha male hero who is emotionally distant or annoyingly self-consumed. Perhaps this was the “rom-com” part of the film coming through, but I totally welcomed it. 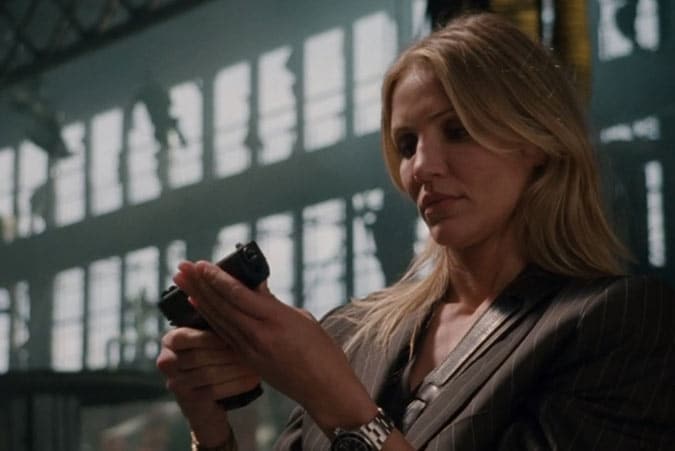 As for Cameron Diaz, she is no stranger to rom-coms and fits in quite well. She plays a “normal” sunny girl who’s suddenly caught up in a war between spies and a rogue. She’s funny and endearing while being constantly shocked over the crazy circumstances she keeps getting in or arguing with Roy Miller who both fascinates and bewilders her. It’s fun to watch her be immersed in the world of espionage and slowly begin to fit in without even realizing it.

Because this is a romantic comedy storyline, the plot remains lighthearted making it an easy “fun” watch. The pace of the movie is brisk and never felt draggy for me with snappy, hilarious dialogue. The characters are easy to like and root for. Admittedly, there’s no substantial emotional growth or deep moments for any characters. The villain remains predictable and the plot doesn’t try to reinvent the wheel in any way. Even with many intense fight and gun scenes, the violence is glossed over (much like in the Mission Impossible movies) and not taken too seriously. Overall, it’s a delightful flick that I’ve watched quite a few times now and will continue to revisit in the future.

Our romance-themed entertainment site is on a mission to help you find the best period dramas, romance movies, TV shows, and books. Other topics include Jane Austen, Classic Hollywood, TV Couples, Fairy Tales, Romantic Living, Romanticism, and more. We’re damsels not in distress fighting for the all-new optimistic Romantic Revolution. Join us and subscribe. For more information, see our About, Old-Fashioned Romance 101, Modern Romanticism 101, and Romantic Living 101.
Pin this article to read later! And make sure to follow us on Pinterest.
By Faith White on December 29th, 2015