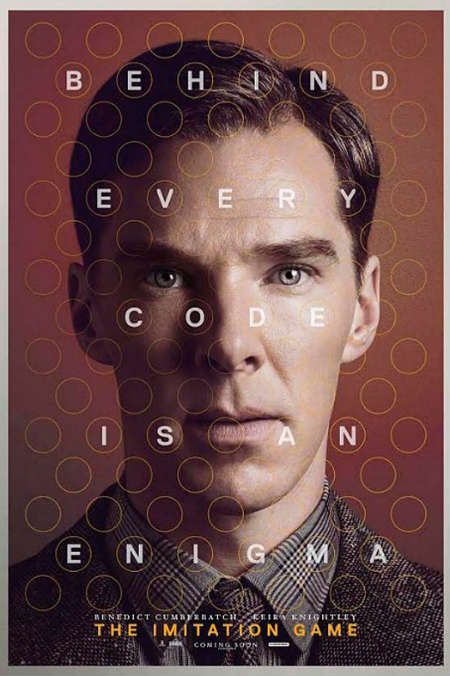 The Imitation Game is an engaging historical World War II drama based on the real life of cryptanalyst and mathematician Alan Turing (Benedict Cumberbatch) who attempts to crack the enigma code with a team of colleagues at Bletchley Park. Now, it should be pointed out that this is not a historically accurate film about Alan Turing. Sure, some of it seems close to the truth, but the filmmakers take a lot of liberties to make a more dramatic film. So if you don’t mind a few exaggerations, the perfectly plotted script, award worthy performances and a suspenseful fight against the clock, this film is worth checking out, especially for fans of character driven period films.

The film opens with a Voice-Over from Alan Turing asking the audience (even if he’s really asking the cop in the film), “Are you paying attention?” From there, we learn that after the war Turing gets arrested for indecency and has to tell the full narrative of his life to a cop. 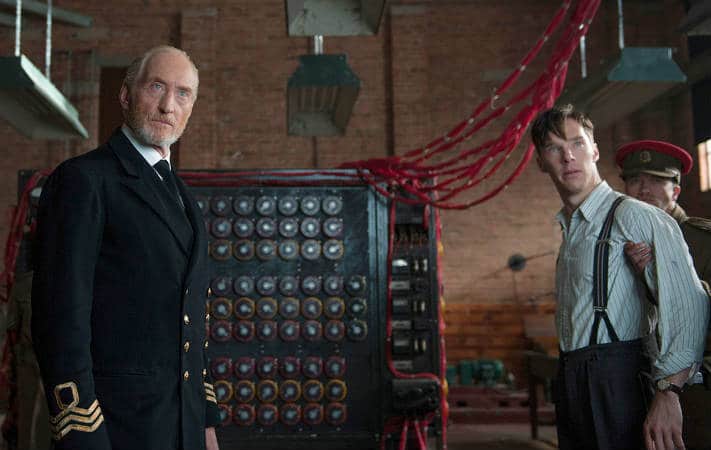 He then tells his story of the enigma machine and the top secret work he did during the war. The film switches from his school days as a boy to Turing’s time during the war and then the 1950s when he is arrested all to help the audience understand who Alan Turing really was. 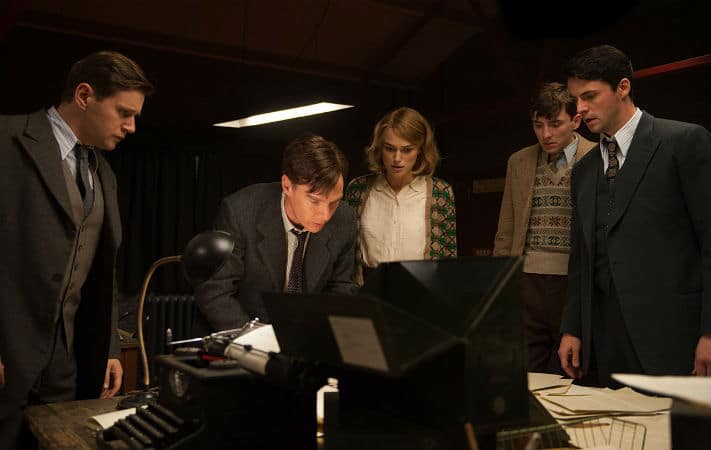 One of the strongest parts of the film is the performances given by the talented ensemble cast. From the beginning, it’s obvious why Benedict Cumberbatch was cast in the lead since he has a knack for playing eccentric geniuses. Here, he plays Turing as an odd, socially awkward and even rude human being who likes to solve puzzles. But underneath it all, Cumberbatch knows how to make him likeable to the audience. Keira Knightley also gives a memorable performance as Joan Clarke, the only female in the group who has to work around the system to be included. As a character, she’s torn between what her family wants for her, what society wants for her and ultimately what she wants for herself. 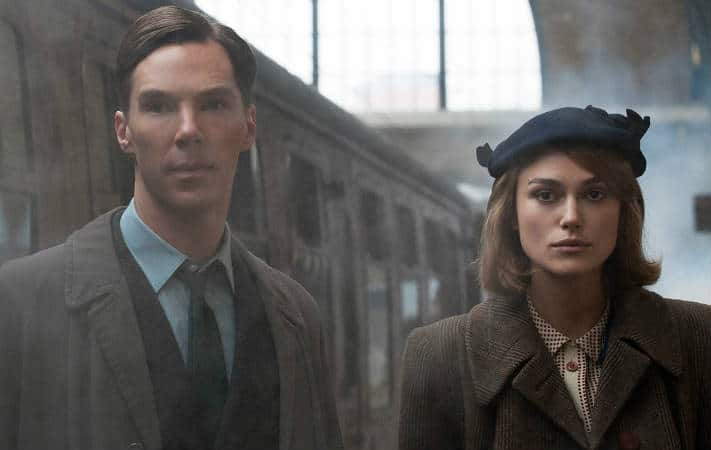 From their first introduction, Joan and Alan form an intriguing bond in the film that helps tie the movie together. It’s one of Knightley’s finest performances to date and could earn her a Best Supporting Actress nod for the Oscars, but we shall see. Besides Cumberbatch and Knightley, the other supporting players are just as strong. From Matthew Goode as Turing’s rival (and eventual defender) to Allen Leech as the friendly, but mysterious John Cairncross and even Charles Dance as the Commander who wants Turing to fail, this is a fantastic ensemble.

On top of the acting, the writing and directing is top notch with a gorgeous production design, fantastic cinematography and wonderful costumes. There’s been a lot of buzz surrounding this film and deservedly so. Be warned, however, this is not an action-packed war thriller. This is a drama through and through that some may find slow if they’re expecting war action. However, if you’re in the search of a fantastic period drama, and have ever felt different, then you should go see this film right away while it’s still in theatres.

Our romance-themed entertainment site is on a mission to help you find the best period dramas, romance movies, TV shows, and books. Other topics include Jane Austen, Classic Hollywood, TV Couples, Fairy Tales, Romantic Living, Romanticism, and more. We’re damsels not in distress fighting for the all-new optimistic Romantic Revolution. Join us and subscribe. For more information, see our About, Old-Fashioned Romance 101, Modern Romanticism 101, and Romantic Living 101.
Pin this article to read later! And make sure to follow us on Pinterest.
By Amber Topping on January 12th, 2015