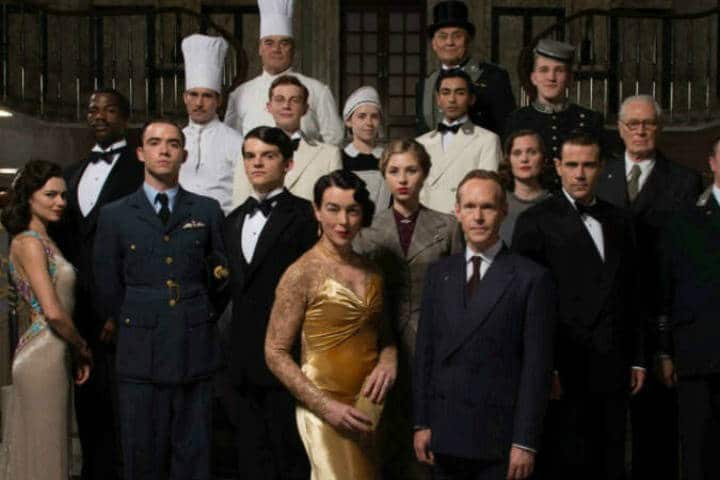 The Halcyon, Season One Review

There are popular period dramas we all know and love. You know the ones, those we rewatch over and over, and if ever our DVD set fails us, we waste no time in replacing it. Into this fray, once in a while, we discover something new and exciting. Such is the case of my introduction to the little-known series, The Halcyon.

England is at war, but it hasn’t touched the bustling London streets. Yet. The wealthy continue to travel to the city in pursuit of a good time, most specifically to the prestigious hotel, The Halcyon, where the staff serves them with a smile. Chief among them is the devoted manager, Richard Garland (Steven Mackintosh). Loyal to the owners, the Hamilton family, Richard is the reason the family suffers no great scandal. Then, quite suddenly, the philandering Lord Hamilton dies leaving his embittered wife (Olivia Williams) in charge. 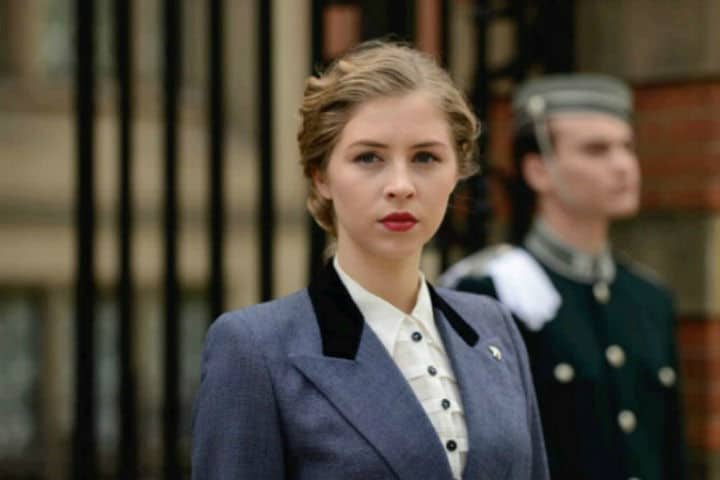 Unable to bond with either of her sons, Lady Hamilton’s newfound freedom emboldens her. So much so that she decides to fire Mr. Garland who reminds her of her husband’s most vile secrets. Freedom is soon taken from her again when her eldest son, Freddy (Jamie Blackley), the present Lord Hamilton, overrules her decision. He keeps Mr. Garland on, a man who’s known Freddy since he was a child.

Attaching emotional sentimentality to this decision is the fact that Freddy and Garland’s daughter, Emma (Hermione Corfield) grew up together. With the shifting landscape, this event nudges Freddy and Emma’s friendship towards a kind of forbidden love. “Dark days” and “bright nights” don’t keep out secrets and danger, all of which foreshadows this grand hotel and its inhabitants.

As is the usual case, my discovery of this series was the aftermath of what I like to call “window shopping” on Amazon. I uncovered it in one of those “you might also like…” carousals. While imperfect in some ways (what isn’t?) and in others charming, The Halcyon is worth its weight for period drama aficionados.

Every star seems to align when it comes to this production’s cast. From veteran pros to fresh faces, I’m impressed. The list above doesn’t even come close to touching on the familiar faces we spy. The cast list also boasts Liz White (Call the Midwife, Our Zoo); Kara Tointon (Mr. Selfridge); Nick Brimble (Grantchester); Charles Edward (aka the dude who breaks Lady Edith’s heart in Downton Abbey); Gordon Kennedy (Robin Hood); Charity Wakefield (Sense & Sensibility), and many more! There isn’t a weak link in the bunch, and despite the character count, I’m impressed by the “neatness” the threads keep to. 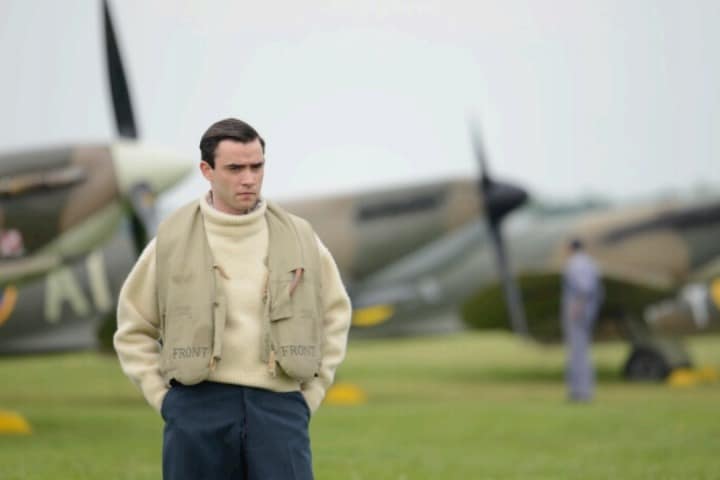 Though I’ve rarely seen this compared to Downton Abbey, similarities can be drawn. That said, I’m impressed that while it has the general vibe (upstairs vs. downstairs), it’s less about the divide (in most ways) and more about running an efficient hotel that caters to the wealthy classes. Beyond this, prejudice and varying cultures are integrated into the scripts, plus there is a Romeo and Juliet romance (I really want to say more, but SPOILERS! Just watch out for a sequence involving a dance), and even, espionage!

I’ve never watched an episode, but feel as if this could compare to the Spanish drama, Grand Hotel. At only eight episodes, it feels incomplete yet nothing rushes. Without the promise of a second season (ITV did not pick up a second series), I will warn you, there are threads left untied. Despite this, I find myself oddly optimistic at the ending. Is it full of smiles? No. But sometimes using our imagination, therefore, ending it how we’d like it to be is the nicer gift.

Recommended for those who like romantic WWII dramas, Downton Abbey or Amazon’s The Last Tycoon.

Where to Watch: Currently, The Halcyon is available to watch on a region two (UK) DVD set (you can find it on Amazon.com). Overseas viewers can watch it through Amazon.Co.Uk’s streaming service.

Content Note: There’s a scene (episode one) of a man in bed with his mistress; 2-3 other implied sexual scenes later in the series. There is some minor profanity and war violence. (Bombs drop in London, we see bodies in the city streets.) Various other adult situations work their way into the script. The series is rated TV-14.

Our romance-themed entertainment site is on a mission to help you find the best period dramas, romance movies, TV shows, and books. Other topics include Jane Austen, Classic Hollywood, TV Couples, Fairy Tales, Romantic Living, Romanticism, and more. We’re damsels not in distress fighting for the all-new optimistic Romantic Revolution. Join us and subscribe. For more information, see our About, Old-Fashioned Romance 101, Modern Romanticism 101, and Romantic Living 101.
Pin this article to read later! And make sure to follow us on Pinterest.
By Rissi JC on May 17th, 2017