The Bostonians is an adaptation of the novel by Henry James. Apparently, the book is meant to be a satire of the women’s movement or so my research tells me. However, the film did not present the story this way, taking a more serious tack. 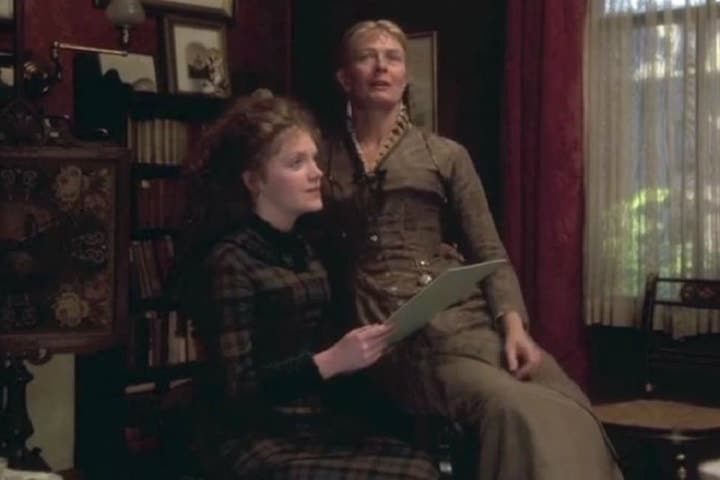 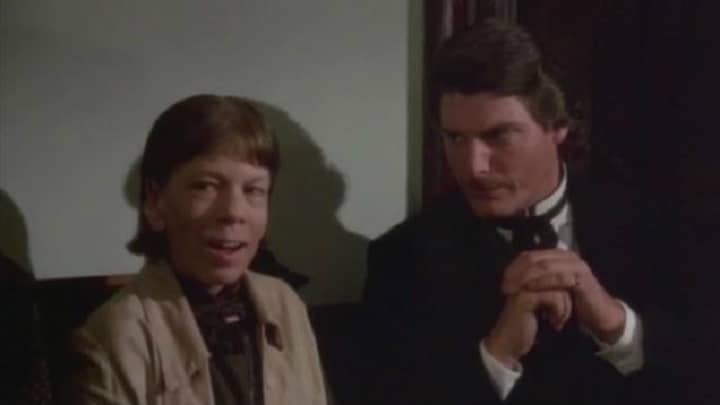 Olive Chancellor is a firm believer in the movement for women’s rights. Basil Ransom, her cousin, is a firm chauvinist. Both happen to meet a brilliant young orator, Verena Tarrant, while she is speaking at a small gathering. While Olive sees Verena as a brilliant voice for the movement and close friend, Basil sees a woman he would quite like to marry. And so begins a battle for Verena’s future. 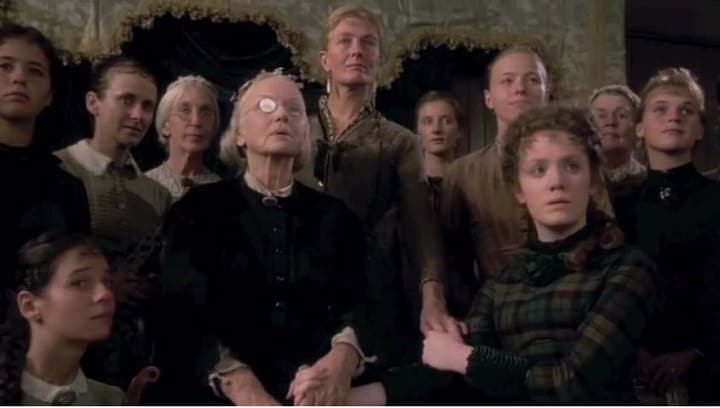 Due to the film’s origin as satire, the characters are drawn rather simply, more as caricatures than real people which does harm the audience’s ability to care about them. I only became invested because of my own ideals concerning equality between men and women. There are echoes of more modern conflicts between feminists and those who oppose them, though this is framed in an entirely different way. There are also some engaging speeches. This I did find interesting. If you do not have any strong opinions either way then this film will probably not interest you that much.

The Bostonians is a longer drama, coming in at just under two hours but it feels much longer despite not all that much happening. I feel that what story there is could have been told in a much shorter time. However, if you prefer the meditative and slower storytelling technique of classics such as Howard’s End and A Room with a View then you may enjoy The Bostonians. 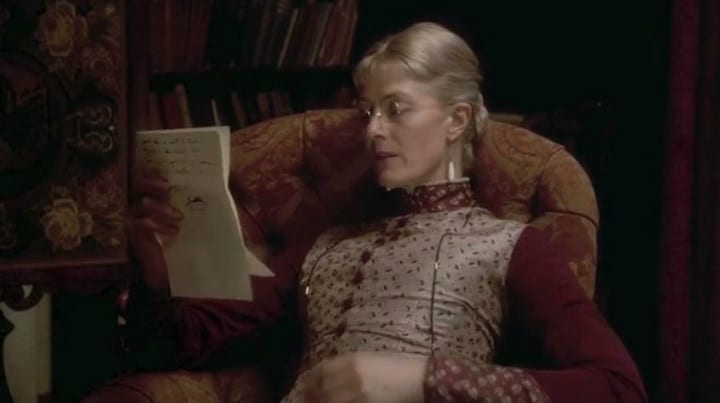 As a period drama though it has some merits. The cast is impressive. Vanessa Redgrave and Christopher Reeve perform the characters of Olive and Basil expertly.  I certainly never thought I would watch a film that would make me loathe Christopher Reeve, even temporarily. The sets and costumes well evoke the time period albeit with a dreamy otherworldliness.

As to romance, it’s a bit complicated. Basil is a controlling jerk who intends to force Verena into a domestic role that would stifle her. Olive clearly harbors suppressed feelings for Verena and it is unclear whether they were ever returned. While Olive can ostensibly be seen to be on the side of the right she, like Basil, exhibits manipulative behavior. Olive also uses Verena for her own ends, however admirable they may be. I find myself rooting for a minor character who loves Verena for herself and would not wish to change her. But perhaps that is just me interpreting things through a more modern viewpoint.

In short, I did not really enjoy The Bostonians though I am sure that there are many who might. There were moments where I was truly engaged but they got a bit lost in the sheer length of it. For those who enjoyed the style of Room with a View or Howard’s End, this may be a film for you, as long as you don’t mind the absence of an enjoyable romance.

Where to Watch: On DVD.

odious subjects as soon as I can.

Our romance-themed entertainment site is on a mission to help you find the best period dramas, romance movies, TV shows, and books. Other topics include Jane Austen, Classic Hollywood, TV Couples, Fairy Tales, Romantic Living, Romanticism, and more. We’re damsels not in distress fighting for the all-new optimistic Romantic Revolution. Join us and subscribe. For more information, see our About, Old-Fashioned Romance 101, Modern Romanticism 101, and Romantic Living 101.
Pin this article to read later! And make sure to follow us on Pinterest.
By Elinor Cackett on September 30th, 2017