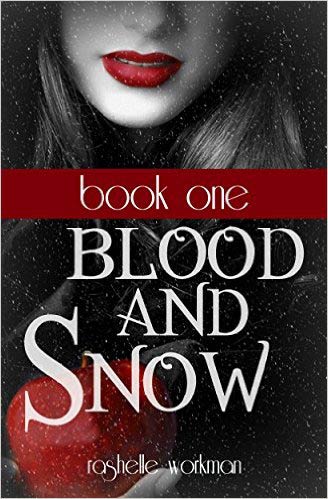 I discovered Blood and Snow while researching free and discounted books for Silver Petticoat Review’s weekly reading list. And since I kind of have a thing for both vampires and fairy tales, I decided to give Blood and Snow a try.

Blood and Snow Books 1-3 (also known as volumes 1-12) follow Snow White in the modern day. She lives in Massachusetts; Snow’s best friend is Cindy (aka Cinderella who also just so happens to be a witch), Snow’s next door neighbors are seven good looking guys, her stepmother is just plain wicked, and she just so happens to be the focus of the Vampire Queen’s curse.

Turned into a revenant against her will, Snow now desires blood, but the more blood she drinks the more like a vampire she will become. Then there’s the problem of the curse: As the Vampire Queen’s would-be-vessel (she takes on a new body every now and then to stay young), Snow is destined to drink her one true love’s blood and in the process kill him.

But who exactly is her true love? Is it one of her next door neighbors? Or perhaps her handsome hunter named Charming? In her quest to stop the Vampire Queen, Snow falls “in love” more than once, crosses paths with a dragon, and is tempted by the blood of those she cares about most.

After reading the first three books (these 3 follow Snow’s story), I have to admit to being captivated and entertained. The imaginative premise and mythology held my interest and I kept reading to see what would happen next. While the mythology of the series is fascinating, I do, however, find that the books focused too much on who Snow actually loved. The way she went back and forth between the guys was a little grating (and I honestly didn’t care about her ‘bloodscapades’ with Charming). I get why Rashelle Workman did it, but I think losing one out of the three would have been more beneficial. Since there are a couple of twists by the end of this story, I won’t give away much more than that other than to say I was content with who Snow ended up with.

Overall, Blood and Snow is an easy read worth checking out if you enjoy paranormal romances and fairy tales. It should be noted that since Book 1 is free on Kindle, readers should expect a cliffhanger to get you to buy the next book. Even then, the price is not all that much. While there are a few pacing issues (the book could have been tighter) and too much focus on lust rather than delving into the really interesting mythology, I say this one’s worth a read. You can even decide if you like it for free! You can download the free Book One on Amazon or buy all three books at once for a really inexpensive price.

The wide open and interesting mythology of Blood and Snow would make these books (especially since they open up to other characters past book 3) a perfect TV Series where the mythology and minor characters could become a bigger focus. A TV show with romance, several fairy tale characters, vampires, a dragon, and some magical realism would be awesome!

Content Note: While there is nothing explicit in Blood and Snow, there are some racy scenes that verge on PG-13 if this was rated.

Will you be reading Blood and Snow? Sound off below…