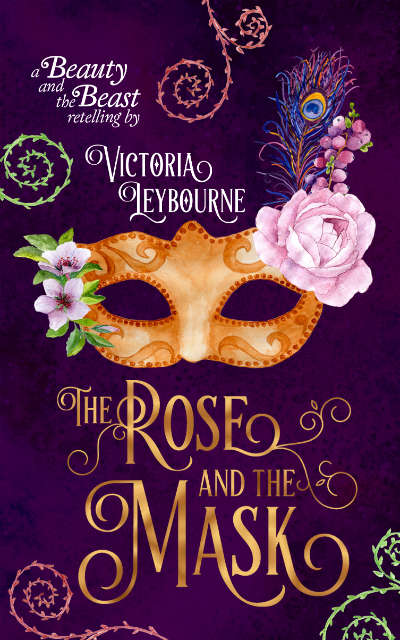 It’s a very old story—one might even go so far as to call it a tale as old as time—but people are still finding plenty to say about Beauty and the Beast. New adaptations are surfacing all the time—from this month’s lavish Disney remake to, oh, just to pick an example at random, my book, The Rose and the Mask, which is released today. So, how does one go about telling an old story in a new way?

Fairytale retellings are one of my favourite subgenres so, when I decided to write one, I knew exactly what I wanted it to be like. I wanted it to touch on as many of the familiar, favourite elements of the original as possible while adding plenty of fresh twists to the story.

My favourite twist? That has to be the setting. The Rose and the Mask is set in 18th century Venice during Carnevale, the Venetian festival where everyone wears masks and, traditionally, the ordinary rules of society don’t apply. It was the Carnival convinced me to set the story in Venice. It’s the perfect time and place for a story about people who aren’t what they appear to be. On the other hand, though, it doesn’t necessarily scream “fairytale.” That’s why those familiar elements are important.

When I think Beauty and the Beast, I think: a brave Beauty, a mysterious Beast, and an irresistible rose that’s more trouble than it’s worth. Here’s how I reworked those elements for my story.

Like a lot of fairytale heroines, Beauty waits a long time to see her goodness rewarded. And she suffers a lot in the meantime—everything from being taken advantage of by her selfish sisters to being imprisoned by a terrifying Beast. Of course, in the end, that Beast turns out to be a Prince who can give her a life of comfort and luxury. But I was intrigued by the idea of a character for whom that strange stroke of luck hasn’t come soon enough. Someone who’s had to give up, even just a little, on goodness in order to stay alive.

Faustina, my Beauty, is a good person, but she’s also a professional thief. And she doesn’t keep the best company. Take her brother, for instance, the infamous libertine, Giacomo Casanova. Giacomo plays the role that Beauty’s father does in the original tale—that of the person who gets her into trouble with a Beast! But Giacomo has something a bit more sinister on his mind than the father who steals a rose for his daughter…

What always strikes me when I re-read the fairytale is that there are two very different sides to the Beast: the angry, snarling creature who confronts Beauty’s father over the rose, and the gentle, sophisticated gentleman that Beauty comes to love. I wanted to capture that in Benedetto, the Beast in The Rose and the Mask. Benedetto is essentially a quiet, thoughtful person—who has very strong feelings about his garden.

But there were things I knew I needed to change about the Beast. For instance, I’ve always thought imprisoning Beauty for life over a stolen rose was a bit of an overreaction. Benedetto is forced by a quirk of his beastly curse to keep Faustina from leaving. He hates it, and would much rather let her go—especially when he finds out she was trying to rob him. That also meant that I got to play with another element that bothers me about the fairytale, which is that the Beast falls for Beauty instantly. Benedetto and Faustina start out hating each other, which is much more fun!

The rose in the original story seems like such an ordinary, innocent thing to cause Beauty so much trouble—especially compared to the magical surroundings her father finds it in. The roses Faustina finds in The Rose and the Mask are made of glass, the strangest things in a garden that otherwise seems ordinary. And they’re part of something even stranger: the curse that’s turned Benedetto into a monster and threatens to kill either of them if they leave.

I had a lot of fun reworking Beauty and the Beast in a new way, and I’m really hoping that people will enjoy reading it. In the meantime, though, I’ve set myself another challenge: giving the same treatment to Cinderella. I can’t wait to see where the elements of that story take me! 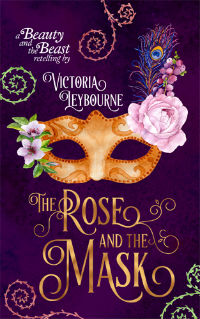 Faustina is a beauty and a thief, not necessarily in that order. She doesn’t believe in magic, just luck, and hers has run out. The last thing she needs is to get roped into a ridiculous revenge plot by her brother—especially when that brother is Giacomo Casanova, Venice’s most notorious libertine.

Benedetto Bellini has never been particularly lucky. The fact that he’s under a beastly curse proves that. Now he’s got a second problem, one that’s washed up on his island in its undergarments and attempted to steal his silverware. He finds Faustina intriguing and infuriating in equal measure. And, thanks to the curse, he’s stuck with her.

Faustina doesn’t know what to make of the sweet, shy and deeply irritating man holding her captive. Does he have something sinister in mind, or is he just trying to keep her safe? And why won’t he take off his mask?

The Rose and the Mask: A Beauty and the Beast Retelling is now available from Amazon.

Victoria Leybourne is an author, blogger and tea-drinker who was born in England but grew up on the internet. When she’s not writing, you can usually find her vigorously making excuses for not writing while watching animated movies, belting out showtunes and/or attempting to pet every cat within a three-mile radius.

Victoria is on Twitter and Facebook and has a website. She is also the proud owner of The Opposite of Popular, a well-named but otherwise poorly-thought-out blog.

By The Silver Petticoat Review on March 2nd, 2017