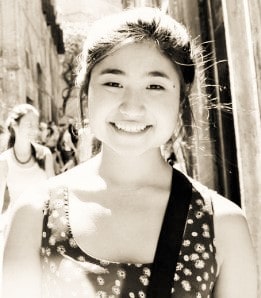 nocent Assassins here to take the Petticoat Personality Test! So take a few minutes to learn more about Pema and her book!

I have a lot of favorites. Two books I love would be Bloomability by Sharon Creech and The School Story by Andrew Clements. Bloomability spurred my love of traveling; the main character spends her school years in Europe. The School Story is about a twelve-year-old girl who gets her book published without her mom knowing – who also happens to be her editor. The novel inspired me to believe that age isn’t an obstacle – and shouldn’t have any effect, really – on publishing. I recommend all authors, aspiring and published, to read The School Story.

My favorite movie would probably be a Bollywood movie. If you haven’t seen any Bollywood movies, go out right now and watch some! I love all the songs and dancing that accompany each storyline. Pretty much every Bollywood movie is a musical, so if you love those, Bollywood movies will become your favorite too. Particularly great ones are Hum Tum and Kaal Ho Naa Ho.

As for a TV show, this year I’ve been hooked on The Mindy Project. Mindy Kaling’s a comedic genius, and I love all the hilarious and romantic situations her character finds herself in. The New York backdrop is gorgeous as well.

A character crush I – along with millions of other girls – will always have is Gilbert Blythe from Anne of Green Gables. The book series was one of my favorites growing up, and Jonathan Crombie’s Gilbert in the Sullivan Entertainment movie series is perfect. Gilbert’s smart, funny, caring, and most of all completely supportive of Anne and all her dreams of being an author.

Anyone lacking ambition. Finding success isn’t as important as reaching for success. I’ve always believed in working hard to achieve your dreams, and I prefer characters who believe the same.

When writing The Innocent Assassins (TIA), there’s very much a thriller/suspense feel in most of the scenes, so I tried to find songs that matched the tone. I have a playlist located on my website (http://pemadonyo.wordpress.com/books/) that I used while writing and editing TIA. For all the action scenes, one of my favorites is “The Ruler and the Killer” by Kid Cudi. As for the romantic/dramatic scenes between my hero and heroine, an amazing song is “Summer is Over” by Jon McLaughlin featuring Sara Bareilles.

Danny and Mindy from The Mindy Project. They start the series hating one other, but as they get to know each other, their friendship eventually leads to love. Their attraction builds over time, rather than being an instant case of “love at first sight.”

Nikita from Nikita. My main character, Jane Lu, is based on her a bit. They’re both independent and fearless. They’re kick-ass heroines who accomplish what they want when they want.

Right now, I’m reading Persuader by Lee Child. His Jack Reacher series is brilliant. I’ve noticed Child’s writing is very visual. His novels read like a screenplay, with an unabashed, no-frills style. Each sentence is direct and right to the point.

Starbucks coffee! My favorite place to write right now is a Starbucks in Dupont Circle in DC (where I’m spending the summer). Unfortunately, all the different choices for mochas and cappuccinos haven’t been doing much for my productivity – but I still love them. I can’t resist stepping into a Starbucks without buying a coffee now.

A tiger. Like the character of Nikita and my character of Jane Lu in TIA, tigers are fearless and independent. They’re courageous without being reckless. Tigers are curious as well, which is how I tend to be while I’m in the process of writing a manuscript.

The Mediator series by Meg Cabot! I believe the rights to her series have already been bought, so I hope they start production soon. The novels would be perfect to adapt to TV. For anyone who doesn’t know about the series, the main character is a girl named Susannah who’s also a mediator – she can see ghosts and she’s responsible for helping them cross over to the other side. A ghost named Jesse lives in her room, and she falls in love with him. I know the material sounds dark, but it’s actually incredibly funny! Cabot’s great at making any situation comedic.

“Pema Donyo is a coffee-fueled college student by day and a creative writer by night. She currently lives in sunny Southern California, where any temperature less than 70 degrees is freezing and flip-flops never go out of season. As a rising sophomore at Claremont McKenna, she’s still working on mastering that delicate balance between finishing homework, meeting publisher deadlines, and… college. Her debut novel and New Adult thriller, The Innocent Assassins, is published by Astraea Press. Her second novel, One Last Letter, will be published by Crimson Romance in August 2014. Catch up with her latest release information or writerly musings on her blog.”

ABOUT THE INNOCENT ASSASSINS 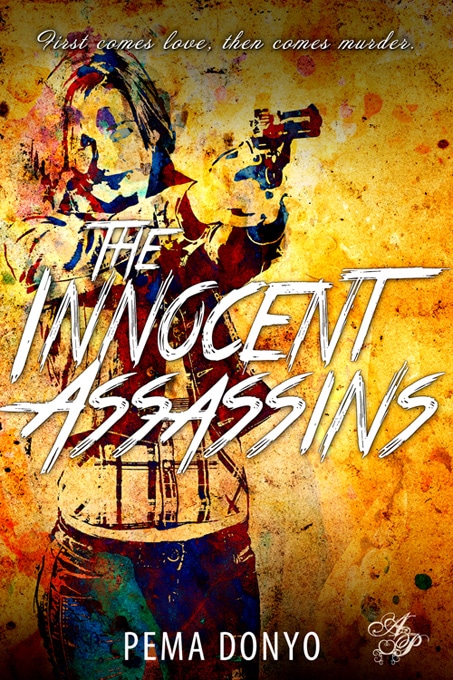 “There are three rules to staying an assassin at the corporation of Covert Operatives: (1) your parents must be deceased, (2) your contracts must remain confidential, and (3) you must be under the age of eighteen.

After a murder mission goes awry a month before her eighteenth birthday, Covert Operatives assassin Jane Lu finds herself caught by the federal government and forced to spy for the CIA while remaining in Covert Operatives. Once her spying mission is over she will be allowed to live a civilian life without facing criminal consequences, a life she’s only dreamed of having.

As Jane leaks information to the CIA, she uncovers secrets with enough power to both destroy Covert Operatives and her own boyfriend, Adrian King, who’s next in line to be CEO of the company. When her identity as a double agent for the CIA is discovered within Covert Operatives, she must decide where her allegiance, and her heart, truly lies.”

Our romance-themed entertainment site is on a mission to help you find the best period dramas, romance movies, TV shows, and books. Other topics include Jane Austen, Classic Hollywood, TV Couples, Fairy Tales, Romantic Living, Romanticism, and more. We’re damsels not in distress fighting for the all-new optimistic Romantic Revolution. Join us and subscribe. For more information, see our About, Old-Fashioned Romance 101, Modern Romanticism 101, and Romantic Living 101.
Pin this article to read later! And make sure to follow us on Pinterest.
By Amber Topping on July 25th, 2014