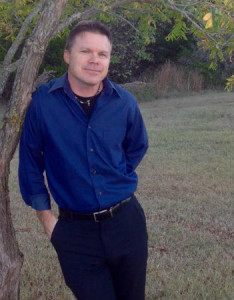 John Davidson’s debut YA novel, BRICKS releases tomorrow February 3rd. So we’re happy to have John here today taking our “Petticoat Personality Test” to tell us about his brand new book as well as a little bit about himself. Read on to find out who his favorite Byronic hero is, and also make sure to take the time to check out the book trailer for BRICKS.

We always remember our first love, so I would have to say mine was The Outsiders by S.E. Hinton. We read the book in 8th grade, and I’d never read anything so relevant and cool. I thought the book was awesome, but was wowed when I learned she’d started it while she was still in school. That was the first time I realized you didn’t have to be “old” to tell a great story.

This is a cop out, but since I love fantasy, and so much fantasy is based on elements from this time, I would visit Medieval Europe. I am not under any delusions. I know it would be horrible, and dangerous, and smelly, but if for only one day, I could see, hear, and…smell what they did, it might make some of the books I write and read come alive all the more.

I have a favorite list, and it’s pretty eclectic. Favorites over the years include—S.E. Hinton, J.R.R. Tolkien, C. S. Lewis, Douglas Adams, Mike Resnick, and Madeleine L’Engle. I think my current favorite is Maggie Stiefvater. She really has a magical way of telling a story that paints beautiful images, all without leaving any brush strokes. In one line, she can encapsulate an impression that would cost other writers three times as many words.

Can I have three? I would want the Lord of the Rings trilogy. That’s like owning the Excalibur of fantasy literature. (If I’m dreaming, I would want them signed of course.)

My family and I—especially my daughter—love watching Face Off on the syfy channel. So much of what they do reminds me of writing. Come up with an idea and make that idea work. Things go wrong, ideas don’t always pan out, but the concept of turning a vision that exists only in your head into something that others can share and enjoy is magical. When I listen to the artists on the show, they say things that I imagine every writer saying about their readers, “I’m happy with what I’ve done, but until the judges see it, you just never know.”

Yes! Yes! Yes! I’m a curriculum coordinator in a school district, and one of the things I’m most proud of is creating a Video Game Design and Development class for students. While we have just scratched the surface here, I know the potential of courses like this. Video games are not only visual art, but a story telling platform that can hold people’s attention like few other forms of media.

When I was a kid, I always took Superman’s side in the Hulk vs. Superman argument. As an adult, I have to side with the Hulk. Superman may beat him, but that only makes him all the more tragic. He really is a fully fleshed out tragic hero. Besides, who wouldn’t just like to go all green and smash stuff now and again. Never really know how he keeps his pants on though. That always concerns me.

What do you geek out for?

Absolutely love medieval weaponry. I would have an entire collection of it in my study if I could. Have no idea what I would do with it, but it would be cool. Also not sure how it would clash with the steampunk décor I would also incorporate. Ah well, give me, give me, give me. I’ll work it out.

Absolutely love Monty Python and British humor in general. My brother and I used to make sure we were always in front of the tv to watch a show called The Goodies. Both shows had a way of making me laugh at the absolute absurdity of things.

Who is your favorite Byronic Hero?

Have to go back to a character from my favorite book: Dallas “Dally” Winston. This character embodied everything I wanted and didn’t want to be. I’m a happy ending guy. Most of my stories will end with the characters changed in a positive way. (OUTSIDERS SPOILER ALERT) I’m not a big fan of character’s dying. So many times, I think it happens for the benefit of the story. Fine, okay, but Dally’s death wasn’t so much for the story as it was for Dally. There was no other way to end HIS story.

“Married to my bride for twenty-four years, I have an amazing son and a wonderful daughter. Born and raised in central Oklahoma, I work in education, first as a teacher now in technology curriculum. I write. I read. And in the summer I make snow cones.” 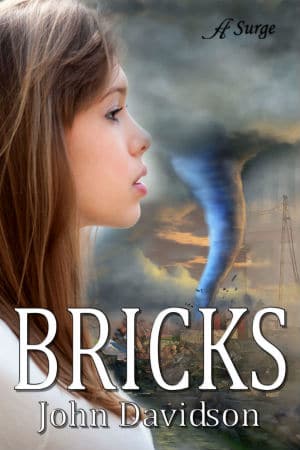 Sixteen-year old Cori Reigns learns that not all tornadoes take you to magical places. Some take your house, your school, and life as you knew it. Struggling to put the pieces of her life back together, Cori learns to rebuild what the storm destroyed by trusting a family she didn’t know she had and by helping friends she never appreciated.

Our romance-themed entertainment site is on a mission to help you find the best period dramas, romance movies, TV shows, and books. Other topics include Jane Austen, Classic Hollywood, TV Couples, Fairy Tales, Romantic Living, Romanticism, and more. We’re damsels not in distress fighting for the all-new optimistic Romantic Revolution. Join us and subscribe. For more information, see our About, Old-Fashioned Romance 101, Modern Romanticism 101, and Romantic Living 101.
Pin this article to read later! And make sure to follow us on Pinterest.
By Amber Topping on February 2nd, 2015