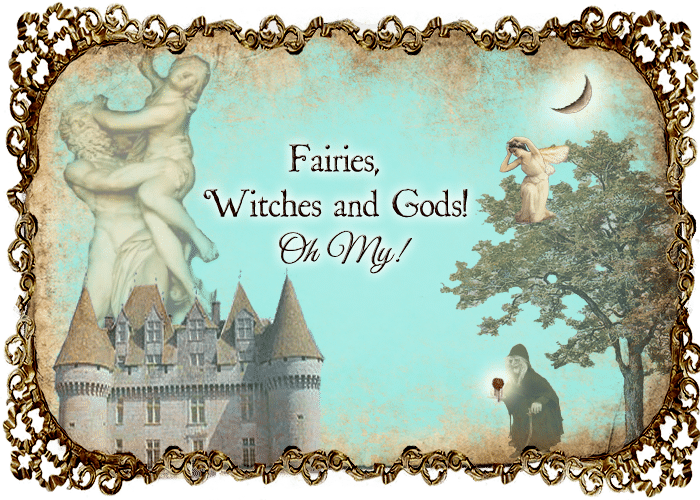 Fruits and Berries in Christmas Folklore 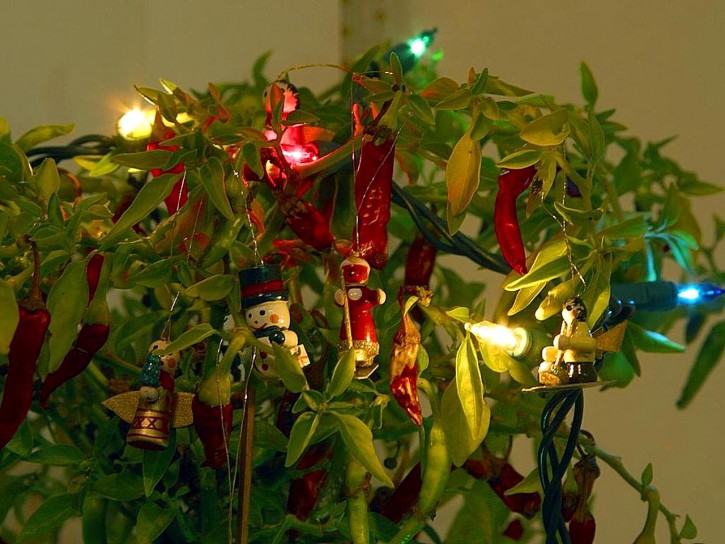 Some fruits or berries are well known for their association with Christmas.  The holly berry, for example, or the white berry of the mistletoe.  However, in this article I would like to look at three fruits with less common Christmas associations: apples, cherries and cowberries. 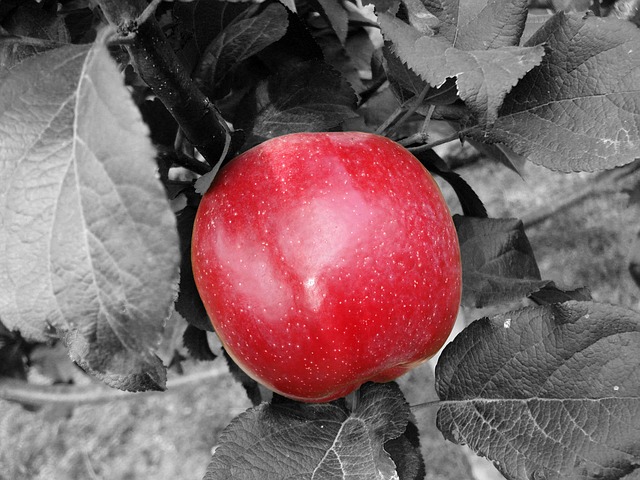 A link between Christmas and apples is made in the carol, Jesus Christ The Apple Tree, recorded in Divine Hymns or Spiritual Songs by Joshua Smith in New Hampshire, 1784.  The first verse says:

The tree of life my soul hath seen,

Laden with fruit and always green:

The trees of nature fruitless be

Compared with Christ the apple tree (1)

At first, it seems strange to call Christ an apple tree, or to sing about apples at Christmas, when they are not generally in season in the northern hemisphere.  But there are several clues as to why this should be.  The first is the the idea of the apple tree as the Tree of Life.  This comes from Celtic mythology.  Avalon, for example, is the Island of Apples.  Perhaps this is why, in English-speaking countries, the fruit that Adam and Eve took in the Garden of Eden is called an apple, even though in the Bible it is simply the fruit of the Tree of Knowledge of Good and Evil.  (Genesis 2:17).  For example, in this anonymous 15th-century poem:

And al was for an appil, an appil that he tok,

This poem expresses a medieval idea called the “Fortunate Fall,” the notion that, if Adam had not taken the apple, then Jesus Christ would not have come and mankind would have missed out on greater glories.  In Christian theology, Jesus is seen as a Second Adam, coming to put right the faults of the first Adam in Eden.  In some old pictures of the Annunciation (the Angel Gabriel appearing to Mary) you can see Adam and Eve in the background, presumably looking forward to their restoration.

The other link between Christmas and apples trees is the old custom from the cider-growing regions of west and south-west England ( a custom later to be found in Washington State, too) of Wassailing the Apple Tree.  According to Margaret Baker, “farmers once wassailed their apple orchards to waken the sleeping tree spirits to their duty and provide a good crop…  The farmer, his family and men visited the orchards at dusk with lanterns, shotguns, cider and bread.  The men fired their guns through the branches, to encourage the good spirits to quell the bad, singing a song exhorting the tree to its best efforts…and thrust a cider-soaked crust into its branches, “for the robin”, a euphemism for the tree spirit.” (3)  Similar customs existed in Germany and Austria, including beating trees with sticks to make them fruitful in the Tirol, and tying trees to together with string from the Christmas sausages to make them married.  All of these customs hark back to pre-Christmas winter celebrations, expressing a hope that spring and summer would return.  So rebirth, both physical and spiritual, is associated with the apple tree at Christmas. 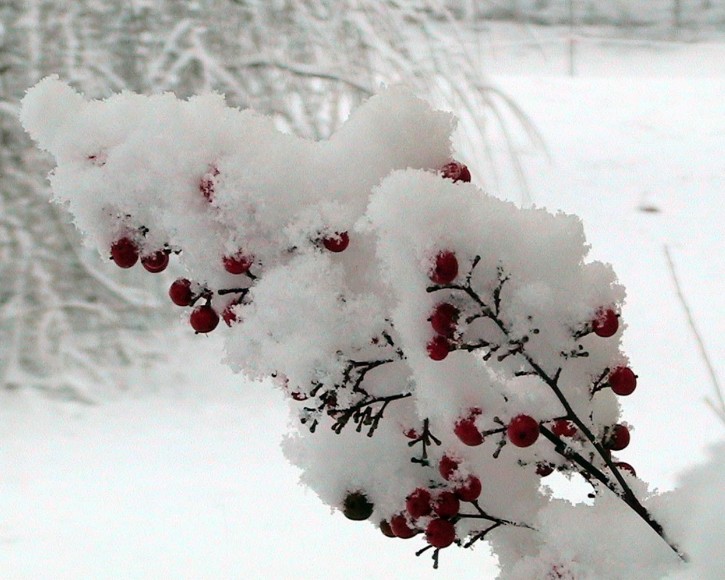 While the custom of Wassailing the Apple Tree expresses a hope that fruit will return in spring, there are other legends and tales of unseasonal blooming and fruiting at Christmas time.  A well-known example is the Christmas Thorn of Glastonbury, supposedly grown from the staff of Joseph of Arimathea, which is said to flower on Christmas Day.  Less well-known is the medieval romance of Sir Cleges.  It tells of a knight who has fallen on hard times but decides to celebrate Christmas with thanksgiving anyway.  The result is that he unexpectedly finds his cherry tree blooming on Christmas Day:

He decides to take the cherries to the king and, after an altercation with a mean porter who beats him for his scruffy appearance, he is restored to his former position.  Again, we see the theme of restoration cropping up.

Unseasonal fruiting could also have another meaning.   Take, for example, The Cherry Tree Carol.  There are different versions of this, but all tell a story of Mary asking for some cherries because she is pregnant.  Her husband Joseph then accuses her of infidelity:

Then Joseph grew in anger,

In anger grew he:

“Let the father of the thy baby

Let the father of the thy baby

The cherry tree then bows down to the ground by divine power to give Mary her cherries, and Joseph repents.

It’s impossible not to think of the fruiting of the cherry tree with the fruiting of Mary’s womb, also an “unseasonal fruiting” because she is a virgin.  This leads us on to our last fruit, possibly the strangest of all. 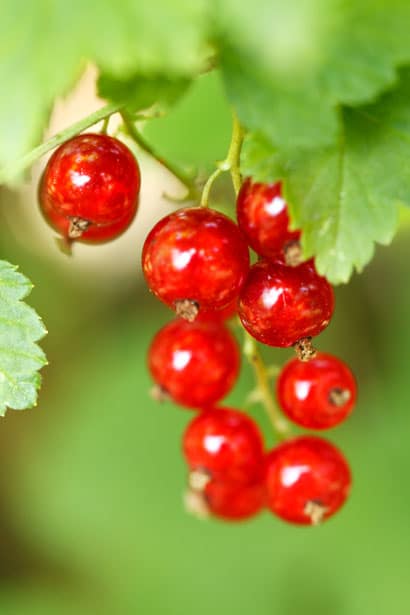 It comes from the Finnish national epic The Kalevala, a poem based on oral tradition, written by Elias Lönnrot in 1835 and 1849.  It is probably the most interesting marriage of pagan and Christian storytelling in the whole of Christmas, and tells the story of the incarnation in a way unlike any other.  In this version (found in the 50th and final canto of the epic), the young girl Marjatta goes out to pick cowberries:

spied the berry on the hill

the cowberry on the heath:

’tis a berry by its look

She eats the berry, which goes:

from her tongue down her gullet

then into her belly dropped.

was fulfilled, was filled by it

and she put on flesh:

she began to stay ulaced

to slouch about unbelted

to take a bath in secret

As in The Cherry Tree Carol, Marjatta is accused of lewd behaviour, but insists it is the berry that has made her pregnant.  When her son is born (interestingly called, “her little golden apple” (8)) he causes Väinämöinen – the water god/ shamen who sung the country into being – to depart.  One greater than Väinämöinen has come.  And yet he is rooted in the old ways of the land, too.  Just like Christmas itself.

Our romance-themed entertainment site is on a mission to help you find the best period dramas, romance movies, TV shows, and books. Other topics include Jane Austen, Classic Hollywood, TV Couples, Fairy Tales, Romantic Living, Romanticism, and more. We’re damsels not in distress fighting for the all-new optimistic Romantic Revolution. Join us and subscribe. For more information, see our About, Old-Fashioned Romance 101, Modern Romanticism 101, and Romantic Living 101.
Pin this article to read later! And make sure to follow us on Pinterest.
By Elizabeth Hopkinson on December 21st, 2014