From the creators of Castle (Terri Edda Miller and Andrew W. Marlowe), ABC’s Take Two tells the story of actress Sam Swift (Rachel Bilson), who used to be a huge star on a popular cop series. That is until she hits rock bottom and ends up in rehab. Now, looking for redemption, she teams up with the ex-cop private investigator Eddie Valetik (Eddie Cibrian) to solve real crimes – which she happens to be good at! Alice Lee plays Sam’s assistant, who’s studying for her Ph.D. in Psychology while also helping solve cases.

RELATED:  Interview with Marta Dusseldorp of ‘A Place to Call Home’

During our phone interview with actress Alice Lee, she talked about how she first got the role, what she loves about playing Monica, romance spoilers, other upcoming projects, and even how much fun the cast and crew have on set! Plus, if you’re not sure if you should check out ABC’s Take Two, Alice Lee has a pitch to convince you to watch the light-hearted detective series!

The Silver Petticoat Review: For starters, I wanted to ask you a little about your background, and how it led to your role on Take Two. So, you started with a background in singing, you were on Broadway, and you’ve done movies and TV now, so can you talk a little bit about how this role came about for you?

ALICE LEE: Yeah. So, basically, I’d grown up performing but I decided for college to go to New York for music business. For the music business, I went to NYU. But while I was there, I went to a Broadway musical and I loved it so much. And they had open call auditions, which is basically anyone can go and audition, which is crazy… [Laughs.] But I went when I was a freshman in college and I happened to book it which is a blessing. And then once you’re on Broadway, it’s easier to get an agent. And so, I got an agent.

Then they just started sending me out on TV, film, and I just kept doing it. I did a bunch of musical theater at first and then I slowly transitioned over to TV, and I decided to make a move to LA. So, I did it. And then I got more stuff. And one of those auditions was Take Two. Basically, I went in for it. I went in again. Got a callback with the creators. And I happened to get the role!

Like one awesome opportunity after the next. Everything worked out great!

So, how would you describe the character of Monica and what do you love about playing her?

But yeah, she’s super fun to play because she’s very different from other characters I’ve played. Just super dry and very analytical. And she’s fun. ‘Cause I’m very expressive and kind of loud and there. [Laughs.] But she’s just subtle and like bing-bang-bong. But I like that! She’s different… It was a bit challenging at first because I was like, “Oh, who is she?” “How would she think about this?” But I think that’s with any character when you first get to know them. You’re trying to still figure it out. So, I hope I’ve come to a good place with her now. [Laughs.]

Yeah! I’m watching the show and I love the fact that she’s into psychology, because I love psychology, so I find that fun. I keep waiting for her to start typing everyone she knows with Myers Briggs Personality Types!

That would be so much fun. I love that she even gave someone a personality test. I thought that was great.

ALICE: Yeah, right, exactly. They do add some fun stuff. Hopefully, she’ll do more things to help them solve these crimes.

Okay, so let’s talk about the romance a little bit…Obviously, there’s some romance brewing between Sam and Eddie. But Berto also seems to have a little bit of a crush on Monica. So, do you see that developing into anything more than a one-sided crush – which is where it kind of seems to be at this moment?

ALICE. I think down the line, yeah, it’s something that I’m sure the creators have in mind. It’s definitely a fun dynamic. The whole unrequited love – cause he’s so into it and she’s so not! But, I think a couple more episodes in you might see she’s opening up. So, yeah. I think it might be a really cute story as a little side parallel to Sam and Eddie’s.

Right. You gotta have more than one. Why not?

ALICE: Yeah. And I feel like there’s some comic relief to it too with our storyline. Although Rachel and Eddie are pretty funny too.

I like that the show has a fun, light-hearted almost romantic comedy crime aspect to it. I like the light-heartedness of it. And there’s not enough light-hearted shows out there. So, I think it’s great.

ALICE: Yeah, everything’s so deep now. Which is great…

I love the deep too. But then you’ve got to have some fun too. Let’s have some variety! So, I think it’s good to have that.

As the second half is playing out now, what can viewers look forward to with your character?

ALICE: I think they can definitely look forward to her being more involved in solving the crimes. And helping out more. And her and Berto’s relationship does develop more. It’s not just, “Oh, who are you?” It’s more collaborative… But in general, more things are amping up! And obviously, Sam and Eddie’s relationship – there’s more development. All the twists and turns…

So, there’s a lot to look forward to for the rest of the season, then?

ALICE: Yeah, for sure. So, stay tuned!

ALICE: There’s so many. We went to our wrap party and our creators made this little blooper reel for all of us to watch. And you see we really had a lot of fun. Just like goofing off during takes or in-between takes. We’re all a lot of fun – everyone’s really chill and cool in the cast…

ALICE. Yeah, I don’t even know a specific moment but I just have to say that we have a lot of fun in the green room, in our cast chairs… just like goofing off… And the crew, everyone’s really awesome.

Yeah, it’s good to have a nice, fun working atmosphere. That makes a difference.

ALICE: I say that they should watch it because, like we talked about, I think it’s a super fun, light-hearted show. Yeah, it’s about crime. So, you get a little bit of adventure and mystery, a little bit of action. But it’s all just super funny. And I think the characters are very endearing. So, if they have some time on Thursdays 10/9c they can tune in. I think they would have a good time. You don’t have to know what happened exactly at the last episode to watch this one. It’s not like Game of Thrones. [Laughs.]

You can pick up what’s going on.

ALICE: Yeah, exactly. And I think that’s one of the things about the show that I love. It’s light but it’s entertaining and hopefully, it just gives everyone a good time.

So, each week you’ve been doing these music video tune-ins to promote the show. Which I think is really creative, a really cool way to use your musical talents on the show.

Yeah. So, do you already have ideas for the rest of the season? Or do you just make it up right before you put it up? Or how does that work for you?

ALICE: Yeah, our PR team thought of this, which I too think is brilliant… So, we have another one lined up for today [Thursday, August 9, 2018] that I’m gonna post. But also, there’s like a list of “two” songs that they sent me. And surprisingly there’s a ton of s***. [Laughs.]

So, basically, I’m going through them and we’re all just collaborating and deciding what’s gonna be good. And then hopefully, come up with something fun every week. And I love combining music and acting together for myself. So, it’s just a little fun thing people can watch.

It’s unique and it’s a fun way to do publicity and get people engaged. I think it’s great!

Do you have any other upcoming projects you’d like to talk about? 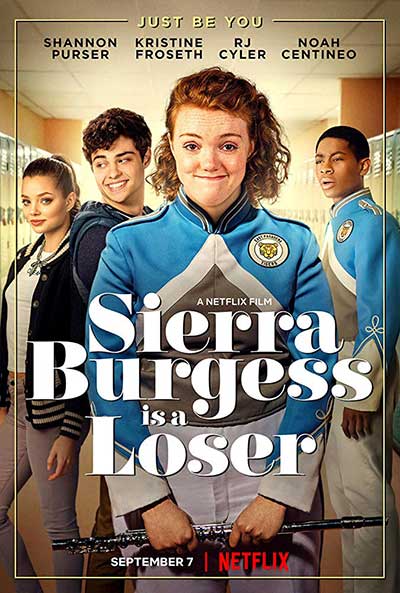 ALICE: Yeah, sure. There’s a show on Youtube Premium right now that’s out. It’s called SideSwiped. It’s got Carly Craig, Rosanna Arquette. That just came out. You can stream episodes on Youtube Premium. But it’s a super cute show. It’s about Tinder and modern life dating. I also have a movie coming out on Netflix in September called Sierra Burgess Is a Loser. It’s with Shannon Purser from Stranger Things – she plays the lead. It’s a cute little teen romantic comedy. That’ll also be out…

We’re crossing fingers for Take Two, season two as well. What’s the best way for fans to follow you then? Keep up with any of your news?

Before I go, is there anything else you want to add?

You can watch Take Two on ABC Thursdays at 10/9c.

Note: The interview has been edited for brevity and clarity.

Our romance-themed entertainment site is on a mission to help you find the best period dramas, romance movies, TV shows, and books. Other topics include Jane Austen, Classic Hollywood, TV Couples, Fairy Tales, Romantic Living, Romanticism, and more. We’re damsels not in distress fighting for the all-new optimistic Romantic Revolution. Join us and subscribe. For more information, see our About, Old-Fashioned Romance 101, Modern Romanticism 101, and Romantic Living 101.
Pin this article to read later! And make sure to follow us on Pinterest.
By Amber Topping on August 14th, 2018