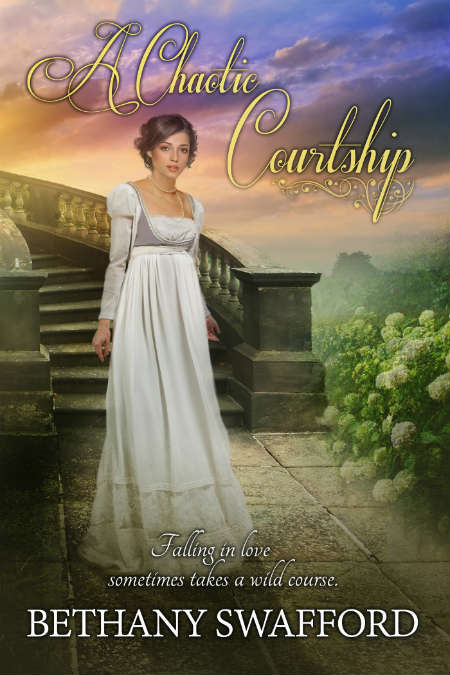 In A Chaotic Courtship, Diana Forester finds herself with the unenviable task of keeping her siblings from ruining her courtship. Of course, they mean well, but everyone knows the proverb about where good intentions can lead a person.

Step One: I went upstairs and collected the gifts I had brought with me. —A Chaotic Courtship, Chapter Three

Perhaps bribery is not the most moral route to go, but it can never be wrong to stay on your siblings’ good sides with gifts from London. Not just any gifts, but ones chosen specifically with their interests in mind. For her sister, Diana brings new music and for her brother, a book on steam engines, items which will surely keep them occupied.

Step Two: “It was almost like you were—flirting.”…..Perhaps if I informed her of the whole situation, she wouldn’t be angry?—A Chaotic Courtship, Chapter Four

What could be more awkward than for one of your siblings to catch you enjoying time with your suitor, especially when you haven’t acknowledged your own feelings? The best course of action is to be up front about everything. As Diana learns when she confesses to her sister, there may be hurt feelings, but honesty really is the best policy.

This, of course, goes along with step two. Acknowledging the feelings of one’s sibling can only promote a closeness between you. If your sibling chooses not to accept your attempt at peace, wait a bit. A late night heart to heart discussion when your parents are not there to overhear might be in order, as Diana discovers with Sarah.

Step Four: The warning and real question in his voice was clear, even to me: Don’t mess with my sister and Is this man bothering you?“I am perfectly fine, Will.” —A Chaotic Courtship, Chapter Six

There will be times when your sibling may be a little overprotective. While this is endearing and sweet, it can put a damper on romance. Assure your sibling immediately that all is well. With any luck, something will distract your sibling and you may continue a pleasant conversation with your suitor. Diana’s younger brother, Will, keeps his eye on the situation, much to Diana’s chagrin.

Step Five: “I will not allow you to blacken Mr. Richfield’s reputation for no reason!”—A Chaotic Courtship, Chapter Seven

If your sibling pronounces a wild accusation along with the threat to find proof, it is best to take a firm stand and put your foot down. Who knows what could happen if anyone outside of the family heard? For Diana, this involves discovering ways to separate Sarah from her supporters, such as Will and Sarah’s close friend.

When all else fails, take it upon yourself to get to the bottom of matters. Diana takes charge by enlisting her siblings to accomplish this task.

Yes, it is not an easy task to keep your siblings at bay while you pursue a courtship, but a young lady with enough determination just might manage it!

“I thought you’d never get here!” Sarah said, ignoring my question completely as she spun to face me. I frowned at her as I put my outside garments away. She seemed highly agitated, a state which I had seldom seen her in. “Diana, I must speak with you!”

“About what?” I asked calmly.

Sarah took up pacing, and for a moment I believed she wasn’t going to continue with whatever she wanted to say. “You must listen to me for once in your life!” she finally said, as though I had been disagreeable.

Sinking onto our bed, I tried to hide a smile. “Then come out and tell me what has you in such a state.”

“I think Mr. Richfield is the highwayman!”

My smile faded instantly as I stared at her. How had she come up with this ridiculous idea? “You what?” I asked in astonishment.

“There, I’ve said it!” Sarah collapsed into the chair at the dressing table. “I’ve considered the matter carefully, Diana, and as your sister, I could not let you become attached to such a black-hearted criminal!”

I couldn’t help but laugh in response to that absurd notion. “Blackhearted criminal? You cannot be serious, Sarah. I have never heard anything so outlandish. Have you been reading my novels?”

“Diana, I am being completely serious! Stop laughing!”

“How can I take you seriously when everything you say is utter nonsense? Why would you possibly think Mr. Richfield, a true gentleman if I’ve ever met one, is a common criminal?”

Sarah leaned forward, her eyes wide. “Don’t you remember what Aunt Forester said at dinner yesterday?” she asked, lowering her voice for some reason. She acted like she was about to disclose some deep secret to me, and I found myself leaning closer. “About the highwayman being around the Bath area?”

Thinking back, I did in fact remember the conversation and our aunt’s comment. “Yes, of course I remember. What about it?”

“Mr. Richfield was there!”

I failed to follow her line of reasoning. “I’m sure a great many people were in Bath at the same time, Sarah. Aunt and Uncle Forester, for example, were there for two months, I believe.”

Shaking her head, Sarah groaned. “Don’t be obtuse, Diana! You have to see the connection here. Mr. Richfield was in Bath when a highwayman terrorized innocent people. And now, he’s here, where a highwayman has mysteriously appeared to threaten our peaceful home!” 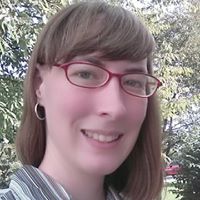 For as long as she can remember, Bethany Swafford has loved reading books. That love of words extended to writing as she grew older, and when it became more difficult to find a ‘clean’ book, she determined to write her own. Among her favorite authors are Jane Austen, Sir Arthur Conan Doyle, and Georgette Heyer. When she doesn’t have pen to paper (or fingertips to laptop keyboard), she can generally be found with a book in hand. In her spare time, Bethany reviews books for a book site called More Than A Review. 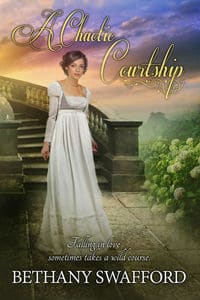 Twenty year old Diana Forester, a country bred young woman fears that her inexperience and uncertainties has driven Mr. John Richfield away. On arriving back home from London, she learns that he is already there, ready to continue their acquaintance. If Diana thought that it was difficult in London, courting takes on a whole new aspect when Diana’s younger siblings become involved. She finds herself dealing with her own feelings, her sister, her younger brother, jealous members of a house party, a jilted suitor, and a highwayman as she falls in love with the charming Mr. Richfield.

Our romance-themed entertainment site is on a mission to help you find the best period dramas, romance movies, TV shows, and books. Other topics include Jane Austen, Classic Hollywood, TV Couples, Fairy Tales, Romantic Living, Romanticism, and more. We’re damsels not in distress fighting for the all-new optimistic Romantic Revolution. Join us and subscribe. For more information, see our About, Old-Fashioned Romance 101, Modern Romanticism 101, and Romantic Living 101.
Pin this article to read later! And make sure to follow us on Pinterest.
By The Silver Petticoat Review on March 13th, 2017