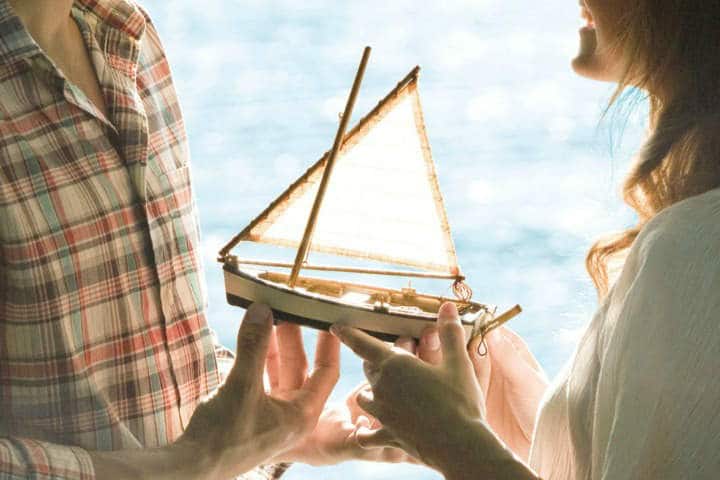 If you were to do a search on the number of times the Hallmark network is featured or the word “Hallmark” used on my blog, the count would be high. No secret is made of the fact that I am an enthusiastic Hallmark Channel fangirl. A fandom that carries over to Silver Petticoat.

LIST | 8 Romantic Hallmark Channel Originals to Stay In With

This is why as I think about their more recent original films (which are, far and away, their best to date), I began to realize many are based on novels. Furthermore, two of novelist Denise Hunter’s books have been adapted. As one of my favorite authors, this then got me to thinking of all the other books on my shelf I’d like Hallmark to perhaps adapt.

Today I thought it might be fun to take a look at eight of the books occupying space on my shelf that would make good Hallmark originals. And since this list isn’t inclusive (partially because this writer forgets), chances are there’s part two list is in the future. Plus there are lots more books on my shelf, all of which are awaiting discovery. Below I’ve even cast some of the roles with some of our favorite Hallmark stars.

Now that all that business is out of the way, here’s a “Dear Hallmark…” letter. 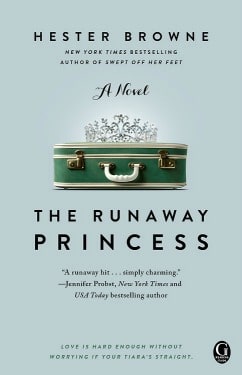 #1 The Runaway Princess by Hester Browne

The Story: A klutzy gardener meets a guy who she believes could be “the one” only to discover he’s actually not who he appears.

Why it should be a Hallmark original: This book fits perfectly with the network considering all of the royal fairy tales they’ve adapted. The story differs in some ways from their previous efforts including the fact that both main characters are British.

Cast: Okay, so the only actor with a British accent I’ve seen on this network is Jack Turner. Though I don’t remember the character description, I would be totally fine with this casting.

Content note: this novel does contain some adult material, but nothing explicit.

#2 The Trouble with Tulip by Mindy Starns Clark 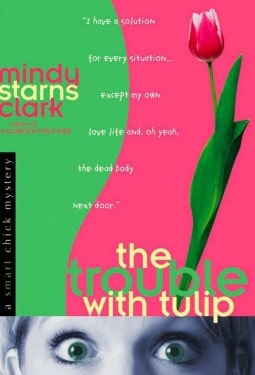 Why it should be a Hallmark Original: It’s been years since I read this series, but one thing I do know, it’s adorable!

For this one, it’d be well suited to their Hallmark Movies and Mysteries brand since it does follow a character (dubbed as a “female Macgyver”) who consistently finds trouble (like a murder!).

Remind you of anyone? (Aurora Teagarden, perhaps…)

Cast: again, I cannot remember the description of Jo, but I could see Bree Williamson (Portrait of Love) playing the sassy character. 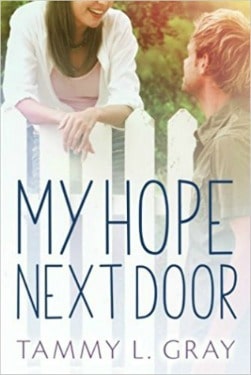 #3 My Hope Next Door by Tammy L. Gray

The Story: This one tells the story of a small town girl “gone bad.” When she returns home, she reconnects with her next door neighbor, the preacher’s kid who also hides baggage.

Why it should be a Hallmark Original: This one has more of an emotional impact. That being said, Hallmark could still make it work. When she returns home, she has to deal with the fallout of her “bad behavior,” but as most stories do, Tammy manages to craft a beautiful ending. 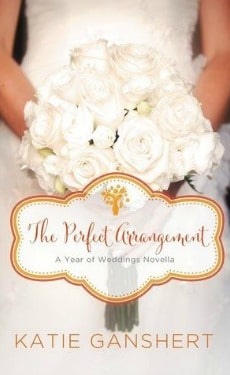 The Story: A woman who’s ex is recently married strikes up an email friendship with Nick. A guy, who also happens to be her ex’s new brother-in-law.

Why it should be a Hallmark Original: This one may only be a novella, but there’s more than enough content to be a film. It’s a darling romantic-comedy about a couple who write e-mail letters to each other. The meet-cute involves the heroine spying on her ex-boyfriend’s wedding. It only gets cuter from there. 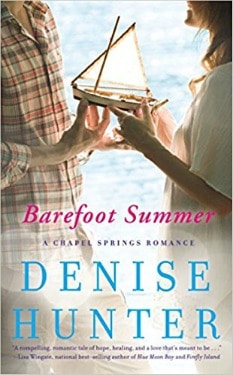 The Story: After losing her twin brother, a woman reconnects with a man who harbors a secret.

Why it should be a Hallmark original: As I mentioned above, Denise already has two Hallmark credits (The Convenient Groom, A December Bride) to her name. That said, this Chapel Spring series (which A December Bride also fits with) is a beautiful series. Plus, it follows a family of siblings so it’d work as a film with sequels “built in” or a TV series!

#6 The Bachelor Girl’s Guide to Murder by Rachel McMillan 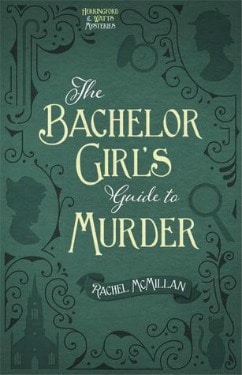 The Story: Set in the 1900s, this chronicles the adventures of two female private detectives.

Why it should be a Hallmark original: If there’s one filmmaking capacity Hallmark leaves untapped (or relatively so), it’s period drama.

This is why it’d be great fun to see (under the Movies and Mysteries brand) Rachel’s cute Sherlock and Watson detectives on-screen, only this time they’re of the female persuasion!

Cast: On Pinterest, Rachel has already cast Erin Krakow (a Hallmark favorite) as Jem. For Merida, she cast Kelly Reilly. If I’m sticking with the Hallmark family, Leanne Lapp might be a good fit. 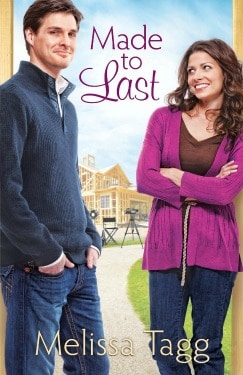 #7 Made to Last by Melissa Tagg

The Story: A home improvement reality TV star scrambles to find a fiance (for the press), only to discover she falls in love with someone who is not her fake fiance.

Why it should be a Hallmark original: Any of Melissa’s books would be a perfect match for this network. (Including her Walker family series which has great material for a TV series or a series of films.)

I chose this title because it’s a kind of loose re-telling of Christmas in Connecticut and “feels” like a great match.

Cast: Melissa cast Jason Ritter in the role of Matthew (which I can totally see!). I’d pick Emilie Ullerup or Julie Gonzalo.

#8 Undeniably Yours by Becky Wade 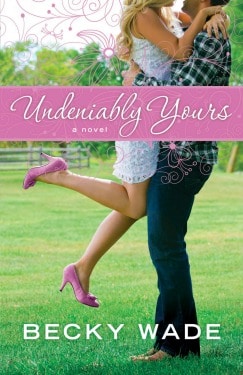 The Story: An heiress returns to Texas to deal with her father’s estate. While there, she meets the handsome foreman of her father’s ranch.

Why it should be a Hallmark original: One of Hallmark’s films, A Country Wedding is a charming story about a “cowgirl” and country star who fall in love. Becky’s wonderful novels tell the stories of four Texas siblings, all of which points to a perfect fit for Hallmark Channel’s undeniably charming brand.

Cast: I could see Shantel VanShanten or Jill Wagner in the role of Meg (both have a sweet on-screen personality perfect for Meg). As for Bo? I could see Jesse Metcalfe in the role. Especially as we know he’s adept at playing the cowboy! *wink*

Have you read any of these? Who’s your favorite Hallmark star? Let me know down below what books you think would be good matches for Hallmark Channel.

Our romance-themed entertainment site is on a mission to help you find the best period dramas, romance movies, TV shows, and books. Other topics include Jane Austen, Classic Hollywood, TV Couples, Fairy Tales, Romantic Living, Romanticism, and more. We’re damsels not in distress fighting for the all-new optimistic Romantic Revolution. Join us and subscribe. For more information, see our About, Old-Fashioned Romance 101, Modern Romanticism 101, and Romantic Living 101.
Pin this article to read later! And make sure to follow us on Pinterest.
By Rissi JC on July 10th, 2017

13 thoughts on “8 Books that Would Make Perfect Hallmark Films”