Bitter Harvest (2017) Film Review – Love and Survival During a Genocide 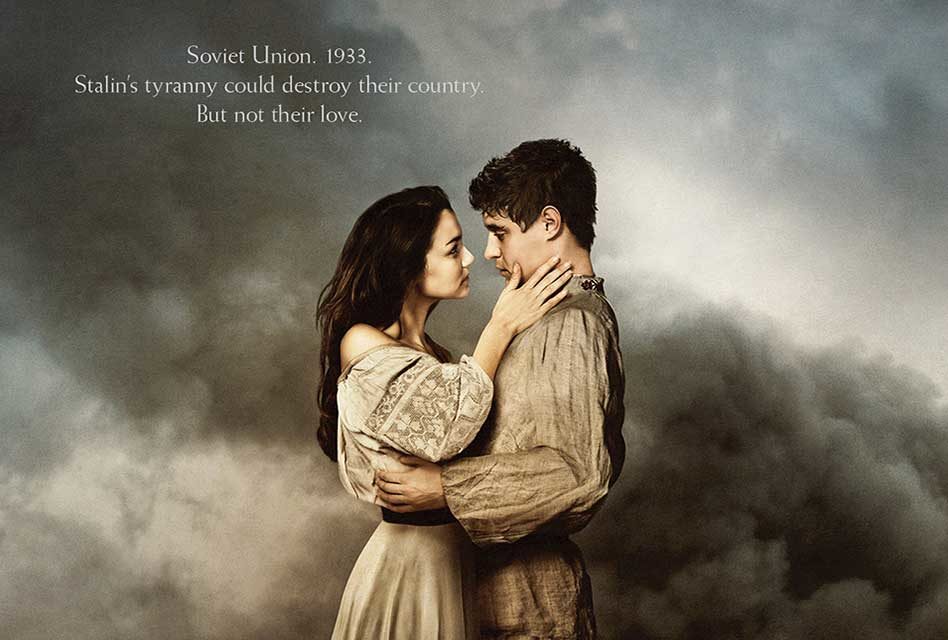 Holodomor is a word which translated literally means death by starvation.  The word comes from the Ukrainian words holod, ‘hunger’, and mor, ‘plague’ possibly from the expression moryty holodom, ‘to inflict death by hunger’ (Source: Wikipedia).

The Ukrainians use it more commonly to refer to a literal event which occurred in the early 1930’s when Stalin’s government created a famine. The intentional policies of his government led to the death of millions of Ukrainians from starvation and subsequent disease.

Although the final tally of deaths varies, it ranks with the Holocaust as one of the worst tragedies of this century. Bitter Harvest is the first Western feature film to portray this historical event onscreen.

RELATED: The Promise (2017) A Romantic Tragedy About the Armenian Genocide

Yuri and Natalka are childhood sweethearts who have grown up together in a small Ukranian village. They have come of age in a time where the ruling Russian monarchy has been ousted and Communism has become a popular governing concept. It is a chaotic time, particularly as the Ukraine has taken advantage of Russia’s political instability to assert their own claim to national identity and independence…and failed.

Yuri and Natalka lives remain relatively untouched by the turmoil. Their biggest concerns are more personal. Yuri (Max Irons) is an artist who struggles to live up to the reputation of his famous warrior grandfather. Natalka (Samantha Barks) worries that her illegitimate birth will taint Yuri’s reputation if they marry. But the outside world soon crashes in on their simple life. Orders from Moscow have sent Russian soldiers to the Ukrainian heartland to confiscate the wealth and property of this area. These soldiers are cruel and violent as they force collectivization on formerly free landowners and peasants. But Stalin needs the grain from this Eastern breadbasket to fuel his army.

Sergei, head of the contingent which descends on Yuri’s village, is particularly cruel, killing women, the priest, and Yuri’s father. At the urging of his grandfather and mother, Yuri agrees to go to Kiev but must leave his new wife behind. As he pursues his art, he also meets up with old friends from his village who are now very involved in the Ukranian Communist party. But Yuri also begins to see the results of Stalin’s ruthless tactics. Corpses lie in the streets and children beg for bread.

Meanwhile back at home, Natalka and Yuri’s family struggle to survive under the tightening grip of the sadistic Sergei. As the downward spiral continues Yuri and Natalka find ways to resist and fight back against a brutal regime. But will they survive long enough to be reunited?

Bitter Harvest is an interesting film in many ways. Prior to watching this movie, I had never heard of the Holodomor, and I am a student of history.

Unfortunately, I had a difficult time connecting with the characters in this film and my attention wandered a bit in the first half. The acting wasn’t bad, but it also wasn’t great. In addition, some of the dialogue felt stilted. The scenes of violence and hardship in Yuri’s village are juxtaposed with those of Stalin barking orders from his luxurious quarters. The problem with this contrast is that Stalin was presented as a caricature. The local heavy Sergei was also portrayed as a very one-dimensional character.

However, my interest picked up in the second half of the movie as the action also picked up. Yuri’s experiences in the city including those with his communist friends are intriguing. I do wish the film had gone into a bit more depth with that storyline. I was also impressed with Natalka’s growth and maturity as she helps lead the resistance in their village. There is a scene between Sergei and Natalka which is pretty intense. She appears amenable to his advances but then a twist occurs. Since there is no background for this particular scene, the viewer must wonder whether Natalka has chosen to sacrifice herself for the sake of survival or if she has a secret plan. The outcome of their encounter produces both fear and pride.

Where Bitter Harvest succeeds is in showing the gruesome but real outcome of Stalin’s policies in the Ukraine. His utter contempt for these people is further portrayed in the actions of those carrying out these policies. The complete disregard for human life is appalling and magnified by the way it is showcased on the screen.

…to begging for scraps.

I do wish that Bitter Harvest had provided more details not only on the Holodomor but also on the events occurring in Russia and Ukraine which led up to the systematic elimination of the Ukranian people. However, perhaps that is another area where it succeeds. It created enough interest for me to actually research this era and event for myself.

RELATED: The Zookeeper’s Wife (2017) Film Review – WWII Biopic About Resilience in the Face of Adversity

The Ukranian famine which killed millions of people in the years 1932-1933 is extremely tragic. It is also still a source of much tension and debate over whether or not it classifies as a genocide. Unfortunately, genocide seems to be an extremely touchy subject internationally. The only deliberate mass extermination which is currently recognized worldwide is the Holocaust. However, sixteen nations including Canada, America, and Ukraine itself officially recognize the Holodomor as genocide.

Although Bitter Harvest has many faults, this Canadian film introduces a little known historical event to Western audiences. And for that, I can forgive its’ weaknesses.

Where to Watch: Buy on DVD. Rent/buy from Amazon and iTunes.

Content Note: This film is rated R for situational violence and gore. There are disturbing images related to death and violence as well as an attempted rape. In addition, there is a scene of physical intimacy where the nudity is hidden by the camera.

(scroll down for the full Romantic Period Drama breakdown)