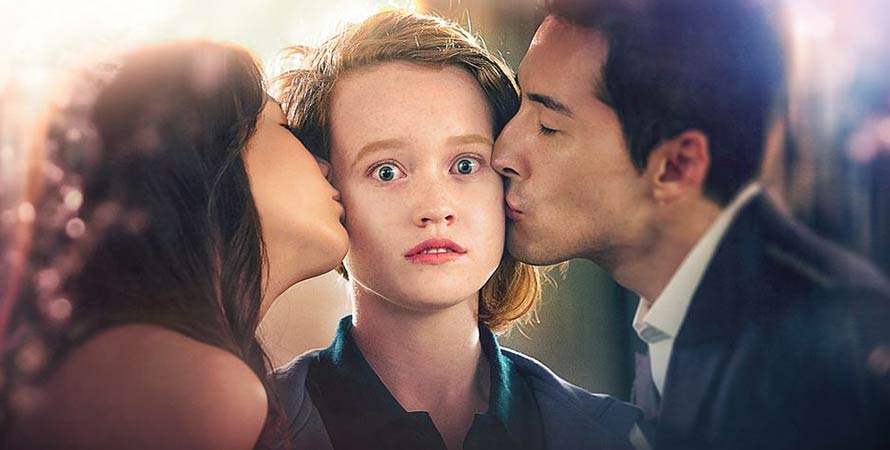 Dramaworld, an original Viki web series, explores what happens when an American K-Drama fanatic becomes a part of her favorite fictional TV series due to a twist of magic. It’s Lost in Austen meets Korean Drama which basically means this is one enjoyable ride for all the romantics out there.

RELATED | TV Review: Lost in Austen – A Fun Take on Pride and Prejudice

Life for Claire Duncan isn’t all that great or glamorous. She’s a working college student with nothing exciting going on, except for that next great episode of “Taste of Love,” her latest K-Drama obsession featuring her favorite K-Drama character, Joon Park (played by the charismatic Sean Dulake). Joon is everything Claire dreams about: he’s charming, handsome, and romantic. The obsession is getting out of hand according to her father. But then, the impossible happens. In a twist of fate, Claire gets transported through her smartphone into Dramaworld, a world where K-Dramas are actually real, most notably that of “Taste of Love.”

Soon, she meets Seth, a background actor, who becomes her guide into Dramaworld, a world where Korean Drama is a reality. He teaches her the rules. Basically, she’s a background facilitator and needs to ensure that “Taste of Love” gets the happy ending and true love’s kiss it deserves. But can she do that with a nefarious villain attempting to destroy the happy ending? And can she do it without falling for Joon Park herself?

Overall, the unique premise of Dramaworld is definitely worth watching if you ever fantasized about entering fictional worlds (let’s face it, most of us have at least once…). And, once you get past the slightly jarring beginning and get completely sucked into Dramaworld, the show becomes a must see. It’s not even that long because each episode is short, the entire series being a little over two hours.

Sure, the main character Claire can be slightly grating at times (and sometimes a little slow at figuring out the truth), but she tones down after a while, the building romance between her and Joon definitely worthwhile for the audience. This world is just so great and has the potential for so much more. K-Drama fans will love the cameos from familiar faces while newbies will appreciate the world building and romance. This is one co-American/Korean production that proves we need more co-productions in the future because it just worked on almost every level. I loved this crazy series where if a woman falls, a handsome hero is just ready to catch you and fall in love. If you’re open to something different, try falling into this romantic series. Joon Park is ever ready to make you fall in love! Eagerly awaiting season 2…

You can catch this on Netflix and Viki TV.

What do you think about Dramaworld? Sound off below…