Lark Rise to Candleford was a beloved British series which lasted four years and was based on several novels by Flora Thompson. These books were based partially on her own life and experiences. They tell stories of life in a small hamlet and a larger town; each having its own unique set of characters who believe their way of doing things is best. A beautiful day outside Lark Rise

At the very beginning of Lark Rise to Candleford, we are introduced to Laura Timmins, a clever young village girl from Lark Rise with ambition. Believing it to be best for her, her mother sends her to Candleford to become an apprentice to Dorcas Lane, the resident postmistress. They get along quite well and Laura finds a worthy, educated mentor in the eccentric older woman. As the series goes on, Laura finds herself torn between the simpler village life of Lark Rise and the forward thinking, future promise of Candleford. 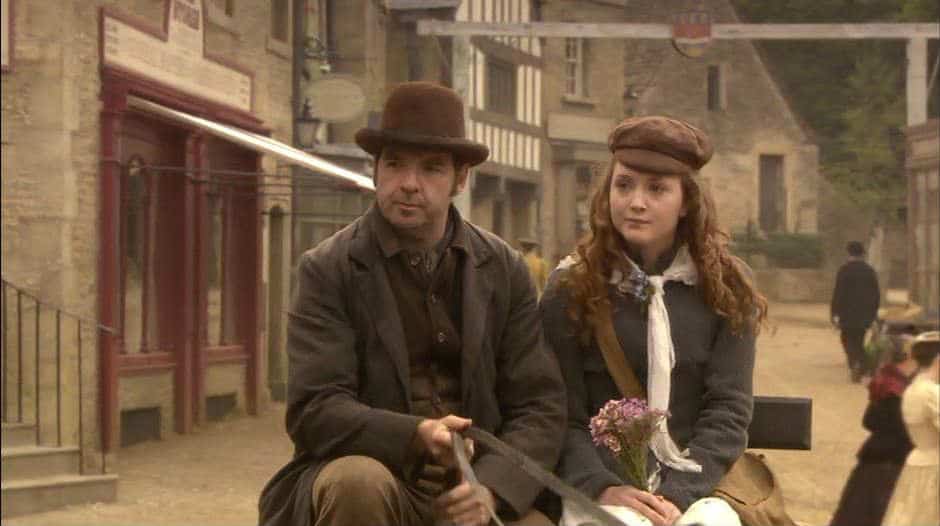 Laura and her father arrive in Candleford

Lark Rise to Candleford is a lovely show with a memorable cast of characters which over the four series begin to feel like old friends, to the point where you don’t really want it to end. And while some of them are mean spirited or frustrating there is always someone to root for. In fact, the only problem I have with the cast is that the main character, Laura, is at times self-involved and difficult to like. She is the main character so this is especially noticeable. However, characters like Dorcas, Alfie, Queenie, Minnie and Laura’s parents more than make up for this. 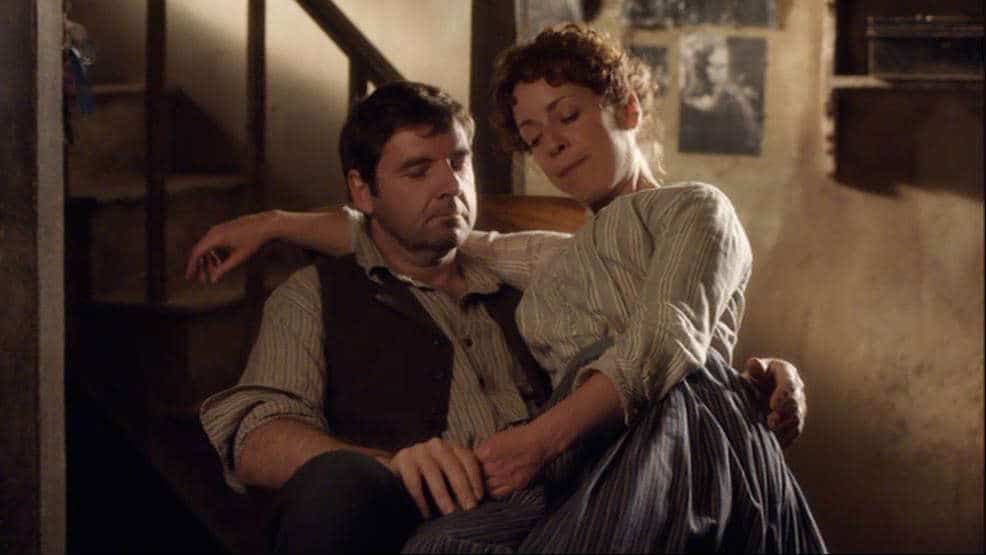 The show looks glorious with wonderful costumes and sets. I especially liked all of Dorcas’ dresses. They have an elegance to them which sets her apart from the other characters (which was probably intentional). Indeed, the costumes never fail to accurately represent the personality of each character. If someone is a little ridiculous or lazy or thinks too much of themselves you can see it in what they choose to wear. A great amount of thought went into the costumes which I appreciate. The locations also look as if they have come directly out of a classic novel, especially the wheat fields outside of Lark Rise which have a literary magic to them, almost not seeming real. Because of all of this, it is easy to become immersed in the world of the show. The entertaining and awful Pratt sisters

There are a great many recognizable faces from British television such as Dawn French, Julia Sawalha, Brendan Coyle, Sarah Lancashire, Claudie Blakely, Mark Heap, Ruby Bentall, Linda Bassett, Samantha Bond and Ben Miles. Though not all of these may be household names, many have been in a wide range of BBC period dramas. Everyone plays their character well, inhabiting the characters utterly. Like many others, I especially enjoyed Julia Sawalha’s extremely likable performance as Dorcas Lane who at times feels like the true protagonist of the show. Over the course of the series, there are many love stories for Laura, Dorcas and numerous side characters which are all charming in different ways. However, I would have to say that my favorite would be the one between Laura and Fisher, a traveling clock maker. They had fantastic chemistry and it was nice to see a character which forced Laura to confront the way she thought about herself. The plot to Lark Rise to Candleford is engaging, especially with the villagers’ tendencies to make mountains out of molehills and there is much fun to be had. It is a thoroughly well-made series that you will likely find yourself turning to time and again to get lost in the exploits of Lark Rise and Candleford. For any period drama fan, the series is a real treat.

473shares
We use cookies to ensure that we give you the best experience on our website. If you continue to use this site we will assume that you are happy with it.OkNoPrivacy policy