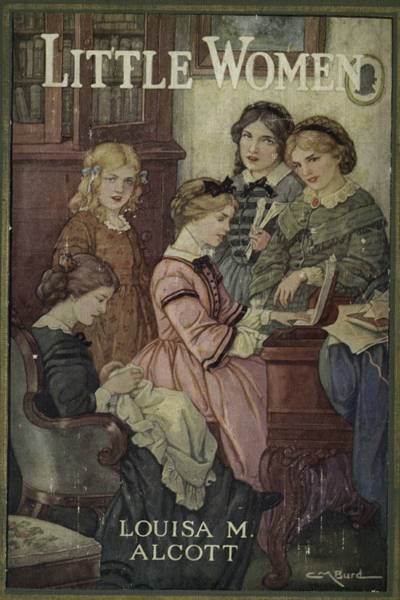 The Book: Little Women/Good Wives by Louisa May Alcott (1880)

The Moment: Under the Umbrella 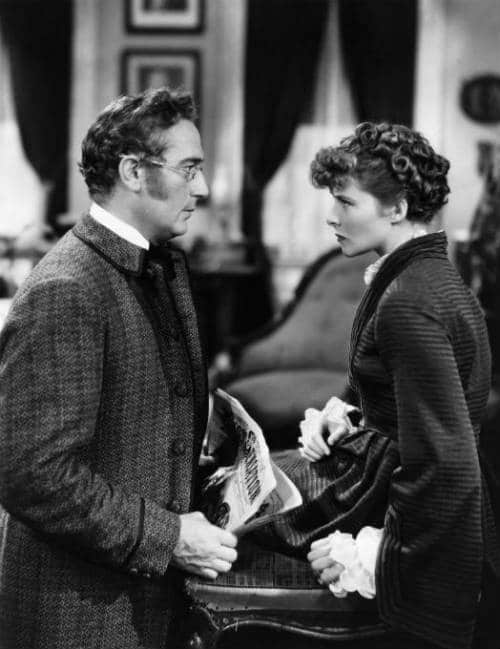 This moment is the culmination of Jo’s romantic journey throughout the two volumes of Little Women.  (In the UK, Volume Two is known as Good Wives).  She has broken Laurie’s heart by refusing to marry him, met Professor Bhaer in New York, only to come home abruptly when Beth becomes fatally ill, and seen Laurie wed her sister Amy.

Now Prof. Bhaer has come back into her life, due to him having business in her locality.  (How unexpectedly convenient!)  He has begun to call on her father, and she keeps “coincidentally” meeting him about town.  When this chapter begins, the Professor has not visited for several days, so Jo decides to go shopping.  Being Jo, she forgets her umbrella and then hangs around the business district, trying to pretend she is not plucking up the courage to find Fritz.  She has just decided to leave and get on with her chores when – as if by magic – the Professor appears!

Being the gentleman he is, Fritz offers Jo his umbrella and they do the shopping together.  Now would be an ideal opportunity to speak their feelings, but neither are very good at that sort of thing, and we begin to wonder if they are ever going to manage it.  Jo confuses the Professor by seeming overjoyed that he is leaving for a teaching post and then devastated that it will be out West.  He can’t figure out what she’s feeling!  She muddles the shopping in a very Jo-like manner, being so distracted.  And just when we think Fritz is going to pop the question (“Miss Marsch, I haf a great favour to ask of you,”) he bottles it and asks if she will help him choose a shawl for a neighbour. 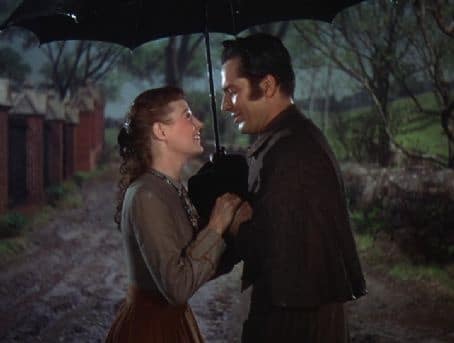 Everything suddenly comes to a head when Prof. Bhaer suggests it’s time to go home.

For Jo, “the world grew muddy and miserable again, and for the first time she discovered that her feet were cold, her head ached, and that her heart was colder than the former, fuller of pain than the latter.  Mr Bhaer was going away; he only cared for her as a friend; it was all a mistake…”

She starts to cry.

Fritz (gently): Heart’s dearest, why do you cry?

Jo (too miserable to pretend): Because you are going away.

Fritz: Ach, mein Gott, that is so good!  Jo, I haf nothing but much love to gif you; I came to see if you could care for it, and I waited to be sure that I was something more than a friend.  Am I?  Can you make a little place in your heart for old Fritz? 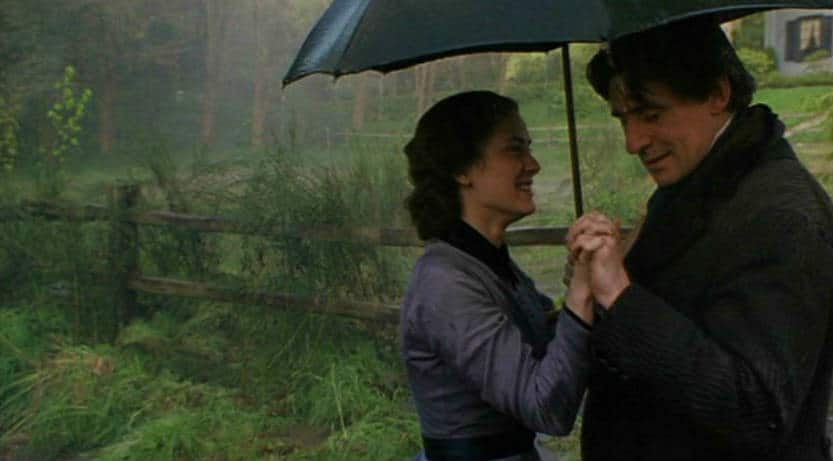 Louisa May Alcott is keen to point out here how unconventionally romantic this moment is.  They are both soaking wet, Jo’s skirts are muddy and Fritz’s gloves need mending.  They are attempting to have an intimate moment in a public street, encumbered by parcels and an umbrella.  But neither of them cares.  No matter what the rest of the world thinks of their physical appearance, they are beautiful in each other’s eyes.

As they walk home, Jo asks Fritz why he never proposed to her sooner.

Fritz: I had a wish to tell something the day I said good-bye in New York; but I thought the handsome friend was betrothed to thee, and so I spoke not.  Wouldst thou have said ‘Yes’ then, if I had spoken?

Jo: I don’t know; I’m afraid not, for I didn’t have any heart just then.

Fritz: Prut!  That I do not believe.  It was asleep till the fairy prince came through the wood, and waked it up.  Ah, well, ‘Die erste Liebe ist die beste’; but that I should not expect.

Jo: Yes, the first love is the best; so be contented, for I never had another.  Teddy was only a boy, and soon got over his little fancy.

(Poor Laurie!  Jo might not have been in love with him, but he was very much in love with her.  And he didn’t get over her quickly, either!)

Fritz then reveals that he came back because he saw a poem of Jo’s in the newspaper, a sad poem about memories of her childhood and sisters.  When Fritz read it, he thought: “She has a sorrow, she is lonely, she would find comfort in true love.”  And when he did come back to her, and began to hope, then he felt: “I will haf her if I die for it.”

“Jo thought that was splendid.”

When he protests his poverty, Jo is quick to get in there and protest right back.

Jo: I may be strong-minded, but no one can say I’m out of my sphere now, for woman’s special mission is supposed to be drying tears and bearing burdens.  I’m to carry my share, Friedrich, and help to earn the home.  Make up your mind to that, or I’ll never go.

Marriage is not going to sap Jo of her independent spirit.  She and Fritz will be work partners (although she doesn’t know it yet) in a mission to reform wayward boys and educate young feminists of the future.

Fritz: Ah! thou gifest me such hope and courage, and I haf nothing to gif back but a full heart and these empty hands.

Jo (putting her hands in his) Not empty now.

They kiss in the rain under the umbrella, regardless of all propriety.

Then they turn “from the storm and loneliness to the household light and warmth and peace waiting to receive them.”

Did you love this romantic ending to Little Women? Sound off in the comments.

468shares
We use cookies to ensure that we give you the best experience on our website. If you continue to use this site we will assume that you are happy with it.OkNoPrivacy policy