Founded in 1985 by Hayao Miyazaki and Isao Takahata, Studio Ghibli is famed for many things. Top-quality animation. Intelligent and meaningful storylines. And, of course, its strong heroines. Young people, and girls in particular, have been empowered time after time in Ghibli films over the years. The phrase “strong heroines” can be a loaded one, and even an uncomfortable one for some people. The good thing about these heroines is that they show – and develop – strength of character, something that is not necessarily dependent on defying parental authority or breaking rules, as it often is in Western stories. These girls and young women show us that you can be traditionally feminine and still be strong, but also that nothing is impossible, be that flying a plane, saving a clubhouse from destruction, or taking up arms to defend your people. The qualities most celebrated are kindness, affinity with nature and creativity.

Here are 16 Studio Ghibli heroines you should definitely get to know (in no particular order).

1. Nausicaa (Nausicaa of the Valley of the Wind) 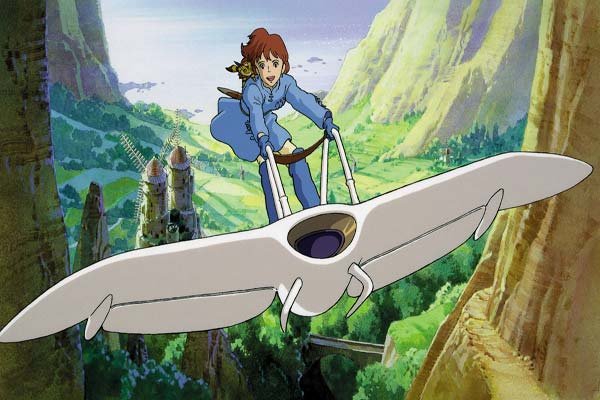 A leader of her people, Nausicaa flies around on  jet-powered glider and shows no fear of the toxic jungle on the border of her lands. She is also prepared to understand the motives of the Ohm, the giant insects who attack humans, and to risk sacrificing herself for her people. 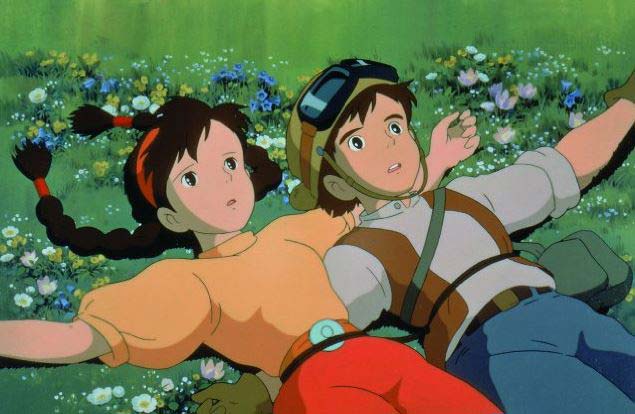 A princess of the flying island of Laputa, Sheeta repeatedly resists the attempts of the evil Muska to use her and her magic crystal to control the island’s power. She also holds her own pretty well on an airship full of sky pirates.

3.  Satsuki and Mei (My Neighbour Totoro) 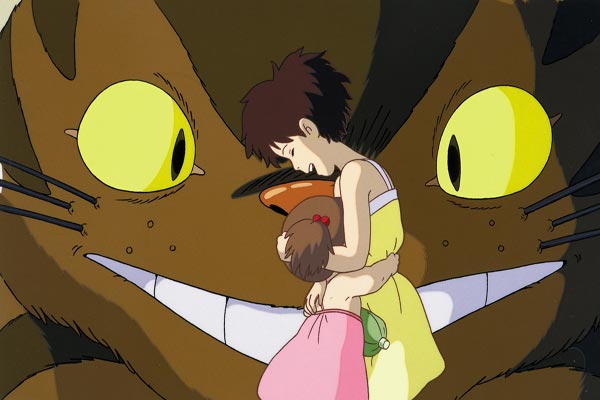 Before Elsa and Anna, there were Satsuki and Mei. Satsuki is an ideal big sister to toddler Mei, taking the place of their hospitalised mother. Together, they explore the countryside around their new house, meeting friendly nature spirits and telling their parents about their adventures. And when Mei goes missing, it is Satsuki who goes to the limits to bring Mei home. 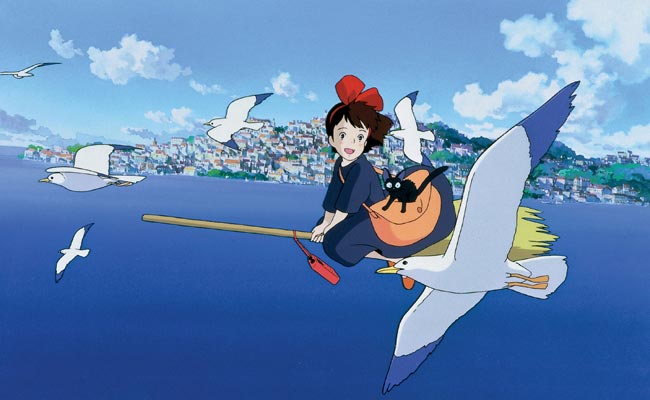 Young witch Kiki becomes independent at 13, setting up a flying delivery service that operates out of a bakery.  What is interesting about Kiki’s story is that she starts off very confident, but then suffers the witch’s equivalent of writer’s block.  The journey to recover her powers and understand better how creativity works is her true coming-of-age. 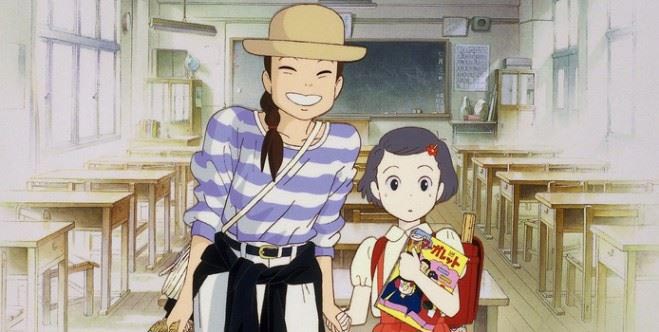 The oldest of the Ghibli heroines, 27-year-old Takeo is on the way to becoming a dull, uninspired adult, when a trip to the country bring back memories of the lively, hopeful schoolgirl she used to be. It is this younger self who is the true heroine of the story, and who ultimately redeems the adult Takeo. 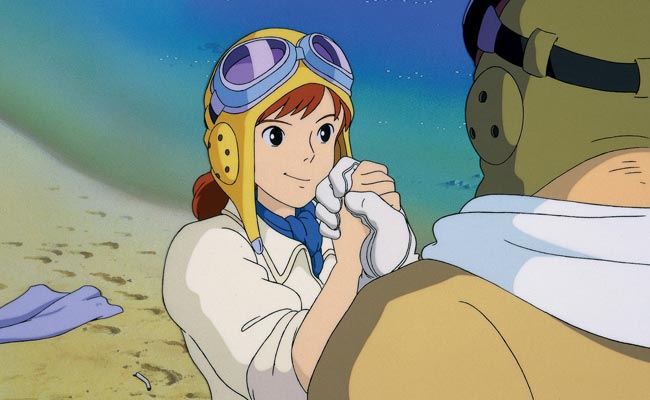 Feisty and optimistic, Fio is determined to show that a women can be just as good an engineer and pilot as a man, and to prove her bravery by joining man-turned-pig Porco Rosso on his mission. It seems she is a little in love with the middle-aged ex-fighter pilot – despite his telling her, ” all middle-aged men are pigs” – and able to see the good man who is still inside him somewhere.

7. Shizuku (Whisper of the Heart) 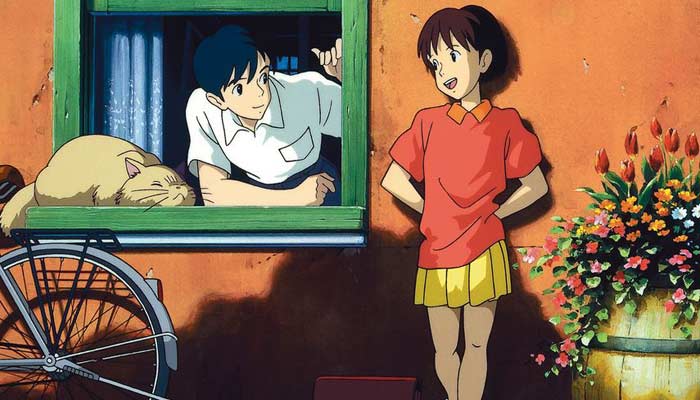 One of my personal favorites, Shizuku learns about love and creative writing at the house of violin-making Seiji and his grandfather. Addressing the issue of girls’ relative lack of self-confidence and ambition compared to boys, this film sees Shizuku take inspiration from boyfriend Seiji and push herself to new creative heights. 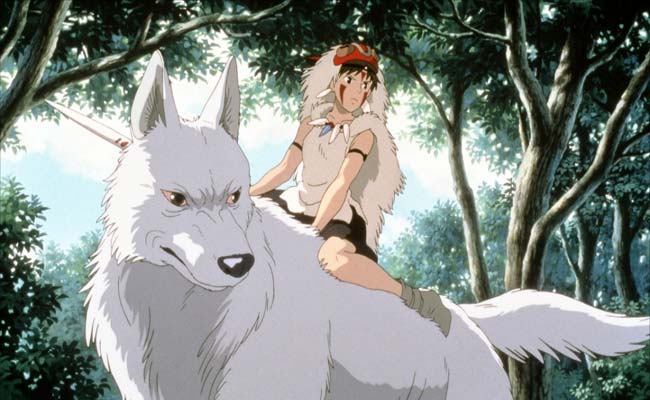 The fiercest of the Ghibli heroines, San is a human with the soul of a wolf, brought up by wolf-gods. (Mononoke in Japanese means possessed by an animal spirit). Claiming to hate all humans, she fights to protect the forest against humans who want to slay its spirit and take control. Yet she is capable of showing healing care, and finds a soft place in her heart for the wandering prince Ashitaka.