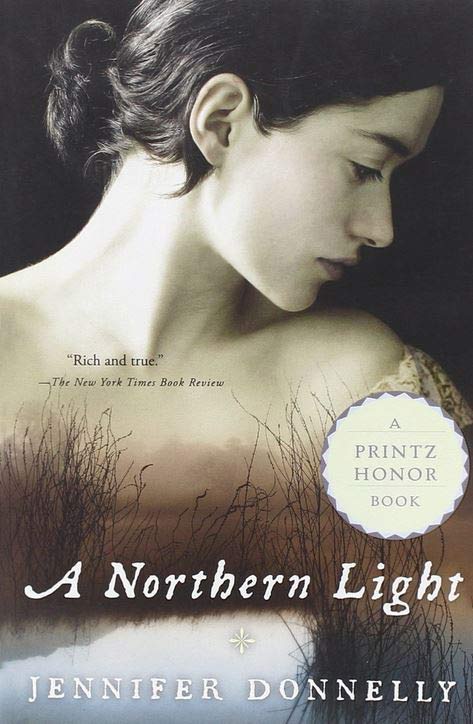 Book: A Gathering Light (also known as A Northern Light in the US)

A Gathering Light (or A Northern Light in the US) is a coming of age story and murder mystery by Jennifer Donnelly that tells the story of Mattie Gokey. While historical fiction, the book uses the real case of ‘Grace Brown’ who was murdered in the early 1900’s while she was staying at a hotel with her boyfriend. The author had a grandmother who worked as a waitress at this hotel which lends the fictional half of the narrative a ring of truth.The book was received well by critics and won The Carnegie Medal in 2003 for outstanding young adult fiction .

Mattie’s story is split between her recent past with her family and her present working at a hotel. She has won a full scholarship to a University in New York but needs to raise enough money for books and the train fare.  She intends to pursue her dream of becoming a writer. It is 1906 and she has to contend with a community that believes a woman should be most concerned with marriage and a strict father scarred by his wife’s death. While working during the summer at the hotel, a young women’s body is found nearby in the Big Moose Lake.

Earlier that day, Mattie was handed a bundle of letters by the girl to be burned. After her death, Mattie can’t bring herself to destroy them and eventually begins to read the letters. As the awful and tragic truth is revealed gradually throughout the narrative, Mattie is forced to choose between her duty to her family and her dreams. 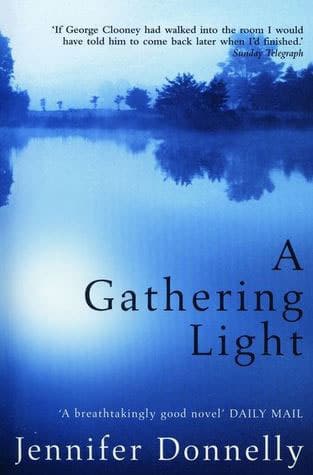 Oppression is a running theme in the book. Mattie’s friend Weaver is in a similar position, though the barrier he has to overcome exists because of his race rather than gender as Weaver is African American. There is also Mrs Wilcox, Mattie and Weaver’s teacher who writes feminist poetry and has run away from a controlling husband intent on locking her up for her ’embarrassing’ opinions. The story of Grace Brown runs parallel to Mattie’s, warning her of where she might end up. Mattie is surrounded by people who are trapped in their lives, with no hope of escaping.

Poverty is also important in the book, seen in Mattie’s family who have a large farm but only themselves to work it, having to work constantly to keep it. Emmie, Mattie’s mentally fragile neighbour, has also had to go to extreme lengths to keep her children from starving. The book depicts the lives of ordinary people in a time of privation but there is also warmth.The book is full to bursting with well-written, well developed characters. Most notably Mrs Wilcox who is a wonderfully complex woman, using her education to help schoolchildren achieve far more than they might otherwise have. She is a woman far ahead of her time who became trapped in a bad situation and escaped.

The writing is smooth, engaging, and it felt extremely realistic. There is a uniqueness to it. Each chapter set in the past begins with a new word Mattie has looked up in her battered dictionary, a word important to the chapter. This was definitely a book that I had trouble putting down. Mattie was a character that I deeply identified with and cheered for. She is a bright girl that deserves more than simply what is expected of her.

A Northern Light is a book that will appeal to young people and adults, a well-executed and moving drama that stays with you long after reading.

Our romance-themed entertainment site is on a mission to help you find the best period dramas, romance movies, TV shows, and books. Other topics include Jane Austen, Classic Hollywood, TV Couples, Fairy Tales, Romantic Living, Romanticism, and more. We’re damsels not in distress fighting for the all-new optimistic Romantic Revolution. Join us and subscribe. For more information, see our About, Old-Fashioned Romance 101, Modern Romanticism 101, and Romantic Living 101.
Pin this article to read later! And make sure to follow us on Pinterest.
By Elinor Cackett on June 4th, 2015