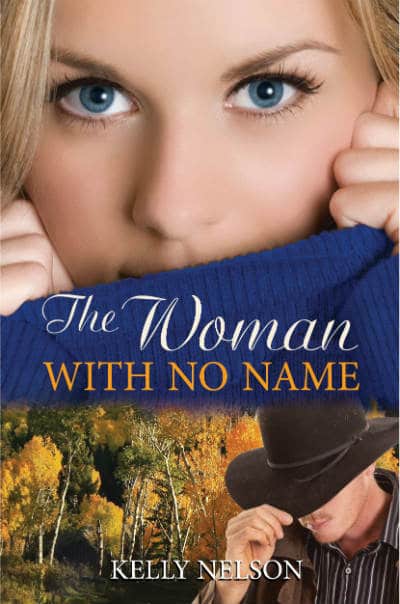 When Colton Murdock’s mother joked that he needed to curb his solitary outdoor hobbies like hunting and camping because he would never meet a woman that way, he had no idea that he would prove her wrong.

The Woman With No Name Summary

While on a bow-hunting trip in a remote part of Utah, Colton happens upon an injured woman with no memory of who she is, what has happened to her or how she ended up in the middle of nowhere. Her dress clothes and manicured nails are proof that she certainly didn’t land in the wilderness by herself. And certainly, she won’t survive without Colt’s help. The woman pleads with Colt to allow her to stay with him until he finishes his hunt. She needs time to regain her memories. Against his better judgment, he agrees. Soon, he finds himself falling for the woman with the sky blue eyes.

RELATED: Kiss Me Hard Before You Go -A Feel Good 70’s Romance

Upon their return to civilization, they garner some unusual attention when they stop for lunch at a local diner. The reason why isn’t clear. Until the police suddenly swarm the restaurant and arrest Colt for bank robbery. Not to mention, the kidnapping of one Miss Lily Vanasche, a bank employee, and fiancee of a popular newscaster who has used his position to make her plight public. Lily just happens to be the woman Colt has spent the last several days bonding with. But unfortunately for him, he also happens to resemble the man caught on camera robbing the bank and abducting Lily before he made his getaway.

With Lily’s memory of the event still wrapped in a blank haze, there is little hope of finding the real perpetrator of the crime. This suddenly becomes a high priority when her house is vandalized and a threatening note is left requiring her to return the stolen cash to the true thief. Meanwhile, both the police and Colt wonder about Lily’s possible involvement in the robbery.

The Woman With No Name Review

The Woman With No Name could be classified as a tale of romantic suspense. It is a light and fairly quick read at a length of just over 250 pages, making it a good way to kill a few spare hours.

I had very little information about the book beforehand and no preconceptions. It surprised me how quickly the story grabbed my attention considering the opening chapter begins with a description of Colt’s hunting trip which is not a topic that holds any interest for me. The author did a great job weaving in the mystery right away, by introducing Lily’s amnesiac character.

Even though this is partially a tale of suspense and danger, from my perspective, it never became too dark or intense, which is sometimes a concern for me when reading mystery tales. Yet, the author managed to keep the stakes high throughout the story, while giving the reader calmer moments that break up the tension.

The romance between Colt and Lily is a sweet one. The romance begins when she has no memory of her identity, thus creating an unintentional love triangle. Even though her fiance is a decent man, it is clear to the reader, if not Lily, who the right man is for her despite their differences. Colt is a gentleman cowboy of the old school who treats Lily with compassion and respect, keeping a leash on his desire and acting as her hero even when she returns to her fiance. He is also a man of faith who encourages an orphaned Lily to reconsider her perspective on God.

My only real complaint about this book is that in Lily’s shoes I would have been much less calm. Although she does express some fear directly after awakening in the middle of nowhere with multiple injuries and no memory, she seems to adapt too easily to these challenges. She also too quickly trusts the stranger who rescues her.  It would have been more realistic had she had a higher level of fear and struggled with it longer. That being said, it doesn’t deter from the overall story.

The Woman With No Name would be an excellent fit for the films of the Hallmark Movies and Mysteries channel. The romance is sweet and wholesome while the suspense elements give it a slight edge. As well, there is an element of faith which suits the audience that is Hallmark’s niche market. That being said, if I were casting for the roles of Colt and Lily I would use Hallmark actors Eloise Mumford and Marc Blucas. I instantly thought of Blucas as soon as I read the first chapter regarding Colt. He is a perfect fit for this man of steady and honorable character who is at home in the outdoors with believable survival skills. Despite all she has suffered, Lily has an air of innocence and vulnerability about her even when she is scared and perplexed, something I think Mumford could easily pull off onscreen.

CONTENT NOTE: While the romance is squeaky clean, I would give this book a PG-13 movie style rating, for some elements of violence. Some readers may be disturbed by the description of Colt’s character killing and harvesting elk meat. In another scene, an animal gets killed and left to threaten Lily. Finally, there is a final showdown with the villain which involves threats and gunshots.

Where to Buy: The Woman With No Name is currently available on Amazon in Kindle, paperback, and audio formats.

Our romance-themed entertainment site is on a mission to help you find the best period dramas, romance movies, TV shows, and books. Other topics include Jane Austen, Classic Hollywood, TV Couples, Fairy Tales, Romantic Living, Romanticism, and more. We’re damsels not in distress fighting for the all-new optimistic Romantic Revolution. Join us and subscribe. For more information, see our About, Old-Fashioned Romance 101, Modern Romanticism 101, and Romantic Living 101.
Pin this article to read later! And make sure to follow us on Pinterest.
By Brittaney B. on June 8th, 2017

2 thoughts on “Book Review: The Woman with No Name -A Story of Romance and Mystery”