Given the wild success Hallmark Channel has had with its adaptation of Janette Oke’s When Calls the Heart series, it’s no wonder the third season has gotten off to a robust start. Last week, the second episode of season three aired (the first being the December 2015 special ‘New Year’s Eve’) giving fans a solid starting foundation for its leading couple, Elizabeth Thatcher and Jack Thornton (though don’t assume there aren’t changes in store for them) as it raced towards its third season. Last night the third episode played on that momentum by concluding (for now) one of the major character’s best kept secret.

Before looking closer at the episode, let’s recap a bit of last week’s happenings just to ensure we’re all caught up with the news-y goings on in Hope Valley.

There are many things that begin to unravel in the second episode. Some for the better, others with the potential to be heartbreakers. One of the more humorous sides of the episode was the continued antics of Rosemary. Her current “project” seems to be redecorating the offices of her beau, Lee. Being a new businessman in Hope Valley, Lee’s small company is doing well because he has a specific way of doing things. But Rosemary also has plans to beautify things by redecorating his offices. Last night’s episode continued their story by leading Rosemary to believe Lee is encountering financial troubles. This leads her to commandeer Lee’s books and economize to the extreme; right down to owning a single pencil for the entire office. 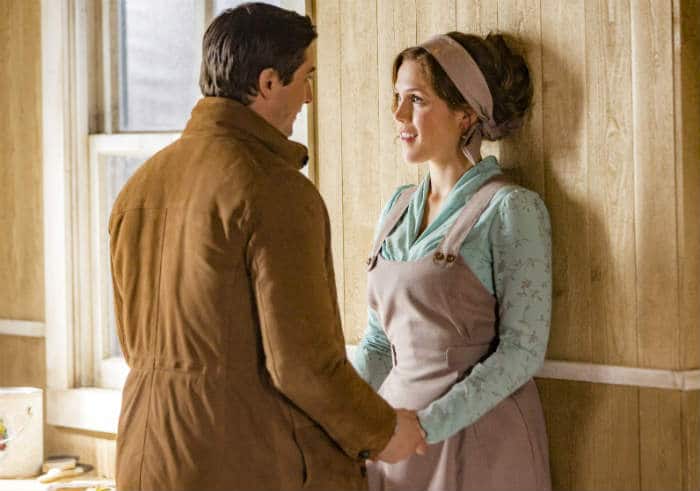 As the second episode began, we saw a happier Elizabeth Thatcher. Having ironed out the kinks in her relationship with Jack, the pair is now enjoying courtship. But being the independent mind she is, Elizabeth isn’t going to let her feminist sensibilities go to waste. Tired of depending on the kindness of Abigail (her friend and current landlady), and longing for quiet, Elizabeth rents her own house. Jack is somewhat puzzled by Elizabeth’s desire to strike out on her own, but above all he’s supportive. So much so he would like to help Elizabeth in painting her new house and ensuring it fit for living. Taking Rosemary’s advice (and wanting to do the work all herself), Elizabeth gives Jack a menial task somehow meant to make him feel the protector. Jack recognizes what Elizabeth is playing at, but the scene does inspire some witty flirting.

Then there is Abigail. Abigail is struggling in all facets of her busy life. She cannot find a way to reach her foster son, Cody, and spoils him instead of seeing he does his school work (causing a rift between she and Elizabeth). She also earns a new partner, in Bill Avery, as part owner of the café. Later on, her relationship with Pastor Frank Hogen takes an unexpected turn when he begins to pull away. This leads us into a recap of last night’s episode, ‘A Time to Speak.’

Since he came to Hope Valley, Frank Hogen performed nothing but good acts ministering to the people. His past creeps up to haunt him though with the recent arrival of his former business associate. Though no one in Hope Valley save for Frank knows who this newcomer is, Frank does his utmost to get the man to leave. Part of a nefarious gang of thieves, Frank’s one priority is protecting the people of Hope Valley, and the heart of the woman he’s come to love, Abigail.

Unfortunately for Frank, his prayers go unanswered. Threatening to expose his past unless he joins the gang for a job when Frank refuses, Jesse reveals the story. Abigail, who along with Elizabeth and Jack (who learns of Frank’s criminal history in tandem), confronts Frank. Frank admits to everything, sharing about the incident that landed him in jail, and essentially saved him. Having previously told Frank he could rely on her as an ally, Frank asks Abigail for her support as he faces the town. A community that soon learns of their pastor’s past and wastes no time in shunning him. Abigail is still scared after been burned once in love, and asks Frank to give her time.

With a cleared name, Mountie Bill Avery is taking a leave of absence from the Mounties. He may have cleared himself of the false charges he once faced, but he’s not sure he wants to return to the Mounties. Instead, he focuses his time on helping his neighbors. He finds a way to buy out the half of Abigail’s café that shady businessman (and mayor) Henry Gowen owned. And seeing to it a life insurance policy is fairly paid out for a recently widowed Hope Valley woman. Could it be Bill has found a new profession?

Elsewhere, in happier circumstances, a fun rivalry strikes up between the boys and girls of Elizabeth’s class. Jack is elected to lead the planned boys camping trip following Pastor Hogen’s troubles, only the girls decide it’s unfair the boys should have all the fun. Since the children were learning about democracies in class, Elizabeth tends to agree. Much to Jack’s great surprise, when he and the boys arrive at the camping spot (a stone’s throw away from the edge of town), Elizabeth and her girls are in their campsite. 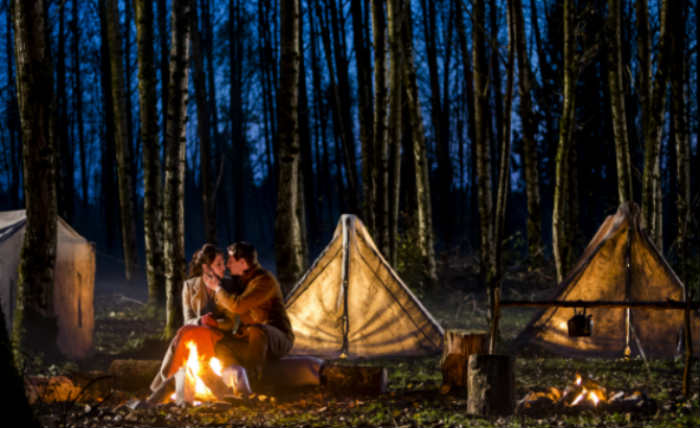 Sure the girl’s won’t last the night, Jack is proven wrong when it becomes clear the girls have more mettle than the boys. But the greatest part of the night is seeing the two of them snuggle under the stars beside the campfire once they’ve tucked their charges in for the night. Naturally, there is a kiss.

Back in Hope Valley, led by Mayor Henry Gowen, Frank’s dismissal is plotted behind his back. Abigail believes Frank should stay and fight for the people he’s grown to love. Frank isn’t of the same opinion. He sees the entire town turning against him. Despite Abigail’s offer of support and belief in him, Frank leaves. But he hasn’t gone far before Abigail catches up to him and using some of his own teachings, she inspires him to return and tell his side of the story.

As the episode draws to a close, Frank does stand before his congregation and confesses his role in the robbery. He asks the town’s forgiveness and for a second chance. Led by Abigail, Elizabeth and Jack, one by one the residents stand up, silently offering their support. It would seem, at least for now, Frank still has a welcoming home in Hope Valley.

Outside, as everyone mingles, Frank’s former gang members watch the scene, carefully hidden. It would seem they have more plans for Frank. And they aren’t going away so easily.

What did you think of ‘A Time to Speak’? Did you enjoy this episode; are you glad Frank will be sticking around? Share your thoughts below, Hearties.

Our romance-themed entertainment site is on a mission to help you find the best period dramas, romance movies, TV shows, and books. Other topics include Jane Austen, Classic Hollywood, TV Couples, Fairy Tales, Romantic Living, Romanticism, and more. We’re damsels not in distress fighting for the all-new optimistic Romantic Revolution. Join us and subscribe. For more information, see our About, Old-Fashioned Romance 101, Modern Romanticism 101, and Romantic Living 101.
Pin this article to read later! And make sure to follow us on Pinterest.
By Rissi JC on February 29th, 2016