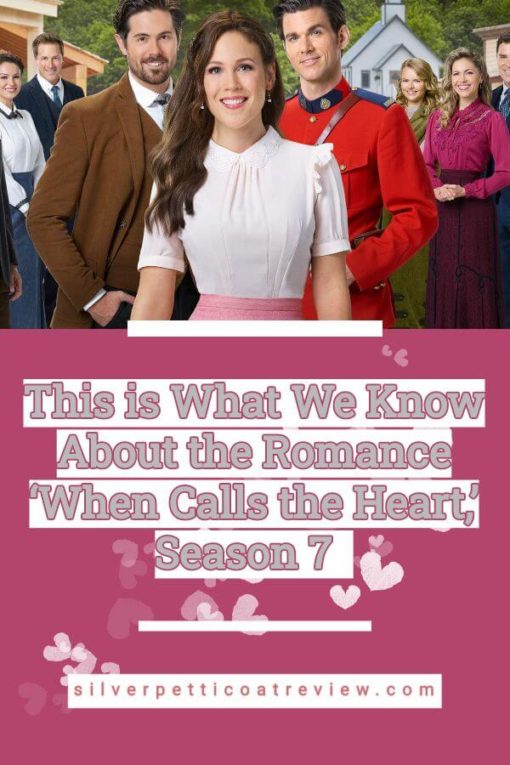 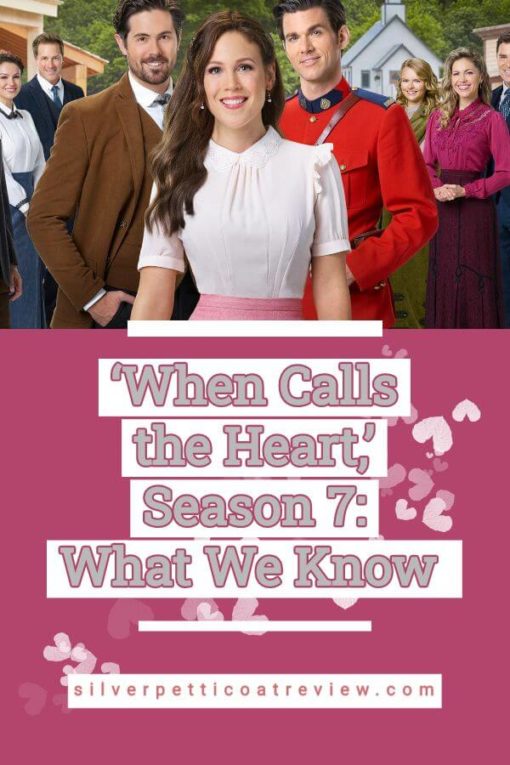 Hearties can expect lots of romance and more heartwarming stories this season.

For the past seven years, fans of the wholesome period drama genre anticipate the return of the Hallmark drama When Calls the Heart in February. Through the years, the show and characters changed, both good and bad, but through it all, the devoted fans remained loyal Hearties. So, today, we’re talking about season seven of When Calls the Heart.

RELATED | ROMANTIC MOMENT OF THE WEEK: WHEN CALLS THE HEART – JACK AND ELIZABETH SAY ‘I DO’

When fans last saw Elizabeth Thatcher, she had seemingly decided the man she would begin to open her heart to only to then share a glance with her second suitor in the final moments (all while dancing in the arms of her first!). Elizabeth’s romantic dilemma unfolded in the previously aired Christmas special, which was a part of Hallmark’s ten-year “Countdown to Christmas” campaign.

So, in the aftermath of the seventh season premiere, let’s take a look at a roundup of the details we know about the seventh season of When Calls the Heart (and look at some pretty season seven photos, too!). A season that, according to Hallmark’s press release, “opens with romance and big decisions.” Let’s break some of this down!

When Calls the Heart, Season Seven: What We Know

Like I mentioned, last we saw of Elizabeth, she and Lucas were dancing, leaving the impression that perhaps she made her choice. However, as we all know, with the presence of Nathan, her other would-be suitor (and a Mountie like the husband she lost), appearances are deceiving.

Where Nathan might be a little more forthcoming in his attentions (and let’s stress that he might be), it would seem Lucas and Elizabeth might bond over their shared literary appreciation.

Might there be one character leaving Hope Valley this season? A certain nurse receives an offer that is most assuredly not in Hope Valley. But what we do know from the premiere is that no matter what, she loves Carson!

In season seven, there’s the tease or expectation that one couple will say their “I dos.” Most likely, this will be Jesse and Clara, a couple who’s would-be romance has been teased for multiple seasons now.

After her short stories receive constructive criticism from Lucas, Elizabeth begins writing a heartfelt new novel! And rumors have it she’ll continue to trust someone to read her words. Do we sense this might cause some tension in their relationship?

5: A Picture Says a Thousand Words

When words fail, we look to photos, and so I’m curious, what do you pick up on after viewing these recent promotional photos? Photos from episodes one – four of season seven.

Like the characters, one of the things we romance aficionados love best about this show is the romance. According to an interview actress Erin Krakow gave ET, the romance meter this year goes beyond 1 – 10, it’s an “eleven”!

Sounds promising to me, and I’m sure will encompass not only the suitors vying for Elizabeth’s heart but the presumed wedding between Clara and Jesse; new developments in the courtship between Faith and Carson; and of course, the ongoing emotional trauma for Lee and Rosemary.

Actress Erin Krakow, Kevin McGarry, and Chris McNally also comment in the same ET interview on their thoughts about Lucas and Nathan; and the difference in how their relationship with Elizabeth challenges her and them.

No matter what comes to transpire in this new season, one thing viewers can expect, this cast and crew will deliver more of the same heart-warming and sweet storytelling we love. Heartwarming stories might not be a new expectation for this season, but it’s a constant that fans love about this show.

After the season seven premiere, I must say, I’m interested to know where some of these threads go. Lucas continues to be a force in Elizabeth’s life, the kind that, yes, does push her. Then there’s Nathan who, if we can believe it, actually flirts a bit in the final moments of the episode.

We also learn how very much Lee loves his wife (not that we didn’t already know this!), and Fiona is a portrait of the “modern woman,” making a way in Hope Valley. Plus, as Elizabeth narrates in the opening episode, sometimes change can be beautiful. There are also rumblings that Nathan’s father may be a part of the lives of Nathan and his niece this year, and this might not be a good thing.

Some hints of what’s to come might lie in the titles of the first four episodes of When Calls the Heart, season seven. They are titled: ‘A Moving Picture,’ ‘Heart of a Father,’ ‘Family Matters,’ and ‘Sweet and Sour’ respectively.

This year, in addition to the return of When Calls the Heart, those who have Hallmark Channel will also be able to see the first year of When Hope Calls, a spin-off series of ‘Heart.’ Previous to this, the show, which follows two sisters as they navigate their new lives, and of course, a chance to find true love, only appeared on the network’s streaming service.

Both shows made a return on February 23 and will continue to air Sundays only on Hallmark Channel. You can find the episodes on platforms like iTunes or Amazon Video, or find them on demand.

I look forward to talking with you.

2 thoughts on “‘When Calls The Heart’ Season 7: Everything You Need To Know”