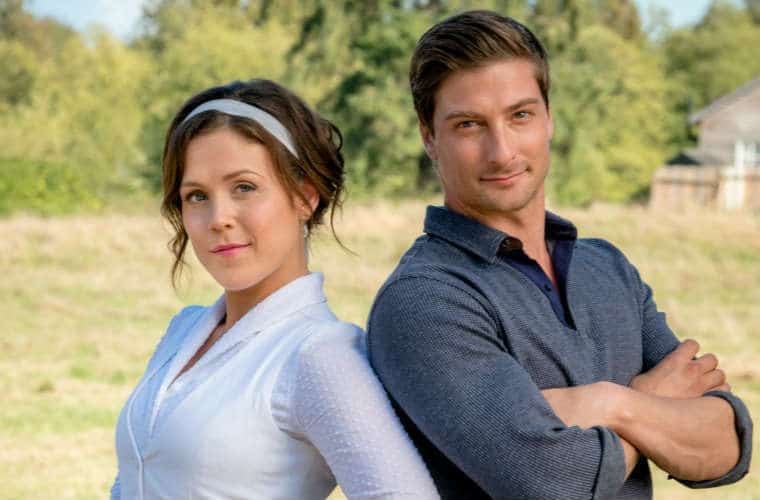 When Calls the Heart Season Four:  ‘Words from the Heart’ and ‘Heart of Truth’ Recaps

Last Sunday night, the beloved town of Hope Valley made a return to TV screens across the nation.

Much to the anticipation of fans (a group devoted to this Hallmark series), new stories and adventures await plucky schoolteacher Elizabeth Thatcher, her Mountie sweetheart, and their friends. Since we didn’t talk about last week’s first episode, ‘Words from the Heart,’ let’s take a quick review of its happenings before we move onto last night’s episode.

The season begins to remind us what has recently affected the inhabitants of Hope Valley. Not the least of which being Jack’s brush with death (pneumonia) and Abigail’s ascension to the title of Mayor! As the present day begins, Elizabeth discusses her fears over having nearly lost Jack, and we catch up with newlyweds Lee and Rosemary.

Marriage hasn’t dampened Rosemary’s need to “fix” everything. With Lee’s work keeping him busy, Rosemary reverts to decorating. (And the two disagree over “pet” names for each other.) Meanwhile, living in such close proximity to Elizabeth means Rosemary’s busy body self intrudes on Elizabeth’s evenings.

Meanwhile, Hope Valley becomes a target for the railway which brings with it workers and railway executives. One of whom is none too pleased about dealing with a woman (Abigail) as mayor. Elizabeth has challenges of her own with the addition of so many new children in her class. One of whom is the son of a railway worker. This prompts Jack to propose a baseball game to help bring all of the children together. 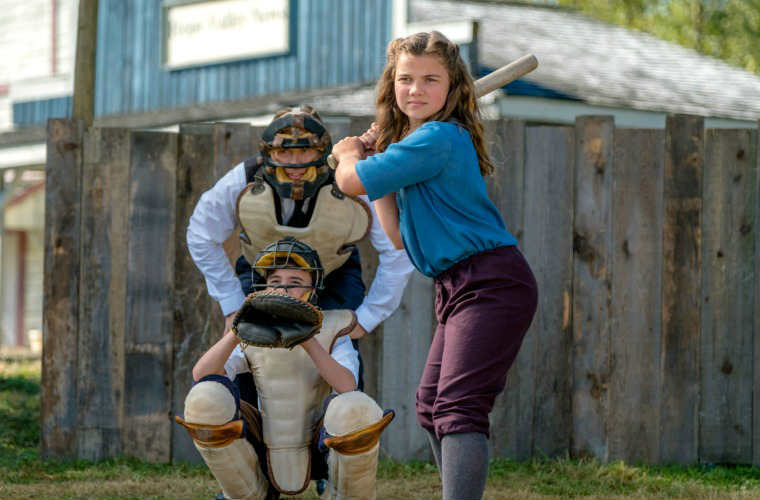 A playful battle between teams led by Elizabeth and Jack begins. The results of which teach important lessons to everyone involved.

But all is not sunny in Hope Valley. Gowen may no longer have a powerful title, but he’s still up to no good…

Last night’s episode teases us with the possibility that Abigail has a secret admirer. A bouquet of daisies shows up on her doorstep. Turns out they were sent by Ray Wyatt, the railway executive. You see, he wants Abigail’s cooperation, and like her, he too has done his research.

Lee’s own business is bound to flourish with a railroad, but all is not rosy in the Coulter home. As a newlywed, Rosemary feels abandoned. And winning the contract only creates more (literal) distance between the pair. This inspires Rosemary to get a job of her own, working at the café. Elsewhere, the railway creates division with everyone in town. First to be affected is a farmer, Jed Campbell who not only has an emotional attachment to his home but relies on the land to make a living. This extends to the children in school. A situation Elizabeth has to smooth out, and a bigger issue when Abigail calls for a town meeting on the proposal.

Despite the tension among their neighbors, Jack and Elizabeth still enjoy conversation. Elizabeth waits for news of her story’s publication. Meanwhile, Jack receives a prestigious promotion.

Elizabeth receives news the publisher is not interested in publishing her novel. This inspires Jack to do something special for his sweetheart. He binds her stories together in a publication, adding to it his own watercolors of his own. Jack makes a decision about his future and turns down the promotion.

The townspeople’s vote ends up in a tie with the tie breaker being Abigail. She believes there can be an amicable solution if the railway would only shift its line. This way, Hope Valley can still enjoy the prosperity the work will bring without ruining the lives of farmers.

Abigail’s vote calls Wyatt’s bluff. But when he walks out of the room, the final shot we’re left with is of Abigail’s face. She wears a look of indecision: did she make the right choice?

Like every season of When Calls the Heart, season four has the promise to be as charming and memorable as prior seasons. The show challenges its viewers (last night being the importance of truth) and never ceases to make us smile. We care deeply about these characters and want their struggles to be met with successes.

I find it interesting that I didn’t feel confident of Jack’s confidence in his decision to remain in Hope Valley. I have a suspicion this will be a story that crops up again. Of course, it’s the railway that is sure to be the biggest story arc. On a happier note, is there anyone else who loves Lee and Rosemary? They’re just the cutest, and marriage shows a different side of each of them.

What did you like best about the beginning of When Calls the Heart season four? What would you most like to see in season four? Comment down below with your thoughts.

Our romance-themed entertainment site is on a mission to help you find the best period dramas, romance movies, TV shows, and books. Other topics include Jane Austen, Classic Hollywood, TV Couples, Fairy Tales, Romantic Living, Romanticism, and more. We’re damsels not in distress fighting for the all-new optimistic Romantic Revolution. Join us and subscribe. For more information, see our About, Old-Fashioned Romance 101, Modern Romanticism 101, and Romantic Living 101.
Pin this article to read later! And make sure to follow us on Pinterest.
By Rissi JC on February 27th, 2017