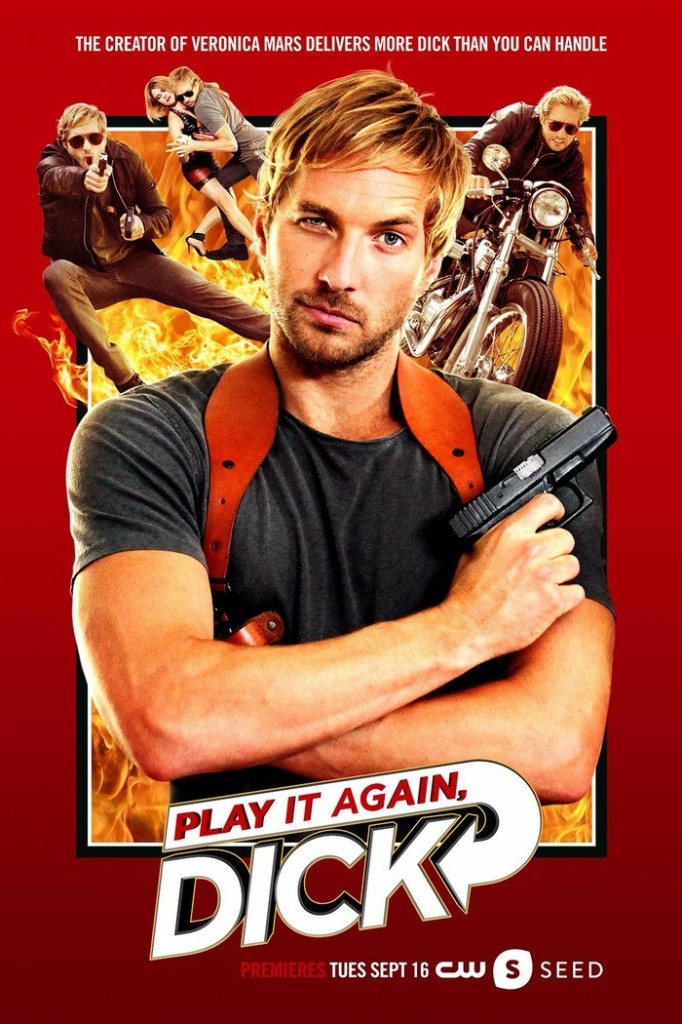 THE SHOW: Play it Again Dick

THE SETUP: A web spin off of Veronica Mars, a fictionalized version of Ryan Hansen tries to put together a Dick Casablancas spin off.

This online series of short 10 minute episodes is worth watching, especially if you’re a fellow Marshmallow. Though it’s less spinoff and more meta with a humorous look at the industry through the eyes of a “Dick” like Ryan Hansen. Is this web series from Rob Thomas as good as Veronica Mars? No. But really, who cares? It’s fun to watch with most of the actors and characters we all love making appearances. So if you’re up for seeing some of your favorite actors and characters from Veronica Mars, then this is a must see – even if it’s not ‘quite’ Veronica Mars.

The series takes a fictionalized version of Ryan Hansen (who plays Dick Casablancas – rich party boy) as he tries to get a Veronica Mars spinoff series off the ground about Dick as a private eye. This interpretation of Ryan is closer to Dick in personality than perhaps what he’s like in real life, which creates a familiar atmosphere for the fans.

However, what makes the series work and ultimately hilarious is how it pokes fun at the industry itself. In real life, there’s no way the Dick Casablancas show would make it on the air. Dick as a private eye? And when the fictionalized Kristen reveals how silly she thinks the idea is (and only agrees to be on it because she sees Ryan as a brother, not to mention the zero chance of it getting picked up), we can’t help but agree and laugh at her predicament. Yet, aren’t there many shows that somehow get picked up only to have us all scratching our heads in bewilderment?

In a clever scene, they have Ryan pitch his show to real life CW executives as he somehow convinces them to give him money to make the pilot. It will be interesting to see how this all plays out.

Where I stand, the more Veronica Mars content the better. By having this online series, it keeps the show relevant instead of in the archives of the past (which makes future content all the more promising). Here’s to hoping for another future movie, or even better a limited series order. Till then, we all have Dick. And let’s face it, he is fun to watch.

Our romance-themed entertainment site is on a mission to help you find the best period dramas, romance movies, TV shows, and books. Other topics include Jane Austen, Classic Hollywood, TV Couples, Fairy Tales, Romantic Living, Romanticism, and more. We’re damsels not in distress fighting for the all-new optimistic Romantic Revolution. Join us and subscribe. For more information, see our About, Old-Fashioned Romance 101, Modern Romanticism 101, and Romantic Living 101.
Pin this article to read later! And make sure to follow us on Pinterest.
By Amber Topping on September 30th, 2014