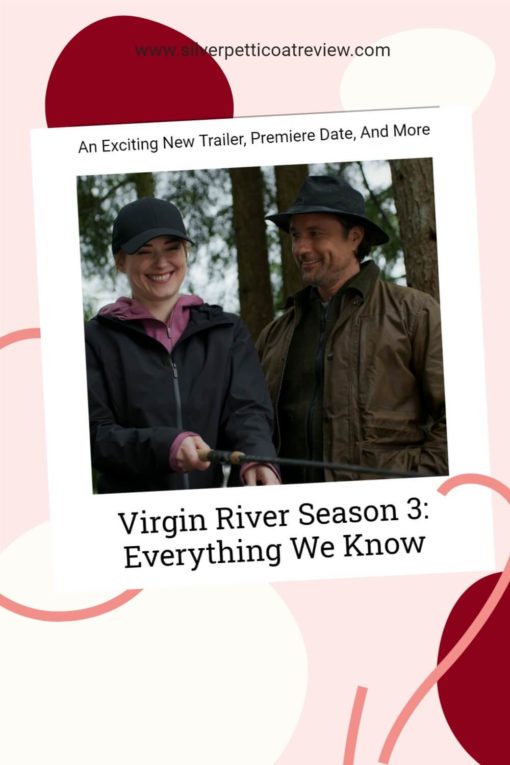 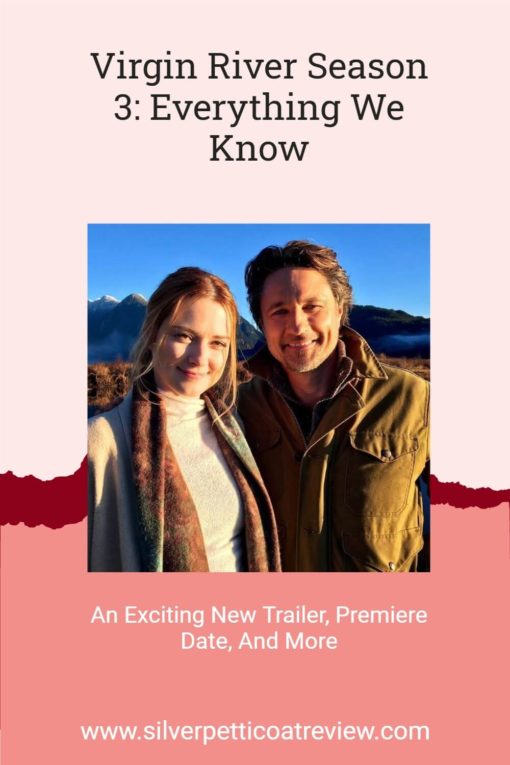 Is There a Season 3 of Virgin River?

Netflix renewed the romantic drama series back in December 2020, and it has already wrapped production. And in even better news, the new episodes of Virgin River season three premiere on July 9th, 2021.

All ten episodes release on the same day and will be ready for us romance fans to binge-watch!

Rumors have already started that a season four renewal is likely and that production may begin as soon as July 2021. Fingers crossed!

If you’re not familiar with the Netflix series, here is a quick summary. The popular show (run by showrunner Sue Tenney) is based on the bestselling romance novels by Robyn Carr and tells the story of Mel Monroe, a nurse from Los Angeles who movies to a quaint Northern California town seeking a fresh start. There, she finds new friendships and romance (with Jack – a bar owner and veteran).

The series is full of twists, drama, swoony romance and is ultimately a feel-good show. Make sure to read our review of season one.

At the end of season three, we were left with a massive cliffhanger: Jack shot with no clue to the audience about who actually shot him.

The core cast is back, including Alexandra Breckinridge as Mel, Martin Henderson as Jack, Tim Matheson as Doc, Annette O’Toole as Hope, Benjamin Hollingsworth as Brady, Colin Lawrence as Preacher, and more!

New characters are also coming this season. Two of them include Zibby Allen as Brie (Jack’s sister, a lawyer) and Stacey Farber as Tara – Lilly’s daughter.

While there is no official season three synopsis yet, the new clip and official trailer from Netflix provide many clues.

Netflix also revealed that Mel and her “loved ones are back and facing all sorts of troubles: death, a fire, custody arguments, breakups, and more.” In a previous news release, they said season three would also have “a funeral,” a “hurricane,” and a “new romance.”

They want fans to expect a “twist-packed season that’ll keep fans on the edge of their seats.” Sounds intense!

Could it be that Brady shot Jack to get Calvin to trust him again? Perhaps it was even Jack’s idea. That seems like the most plausible theory at this point. But the clip could be misleading.

Ooh, season 3 looks so good! Jack and Mel are finally a couple – albeit with some complications and relationship issues. But I’m sure they’ll work through them. And hopefully, with a pregnancy announcement!

Other highlights in the trailer include a fire, the Doc possibly going blind, custody issues, and more!

My only question after watching the trailer? Where is Annette O’Toole as Hope? She’s my favorite character, so here’s to hoping she’ll be in the show much more than she is in the trailer! And let’s hope she’s not the character who dies.

What are your thoughts on season three of Virgin River? Are you as excited as us to watch the new season? What do you hope will happen? Let us know in the comments.