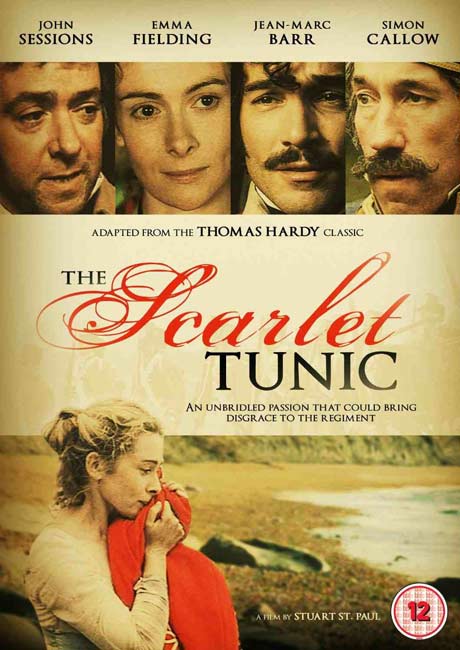 The Scarlet Tunic is set in the Regency Period during the Napoleonic Wars. It was based on the short story The Melancholy Hussar by Thomas Hardy. It was a short eight-page document supposedly based on a true story that came to Hardy’s notice after the fact. 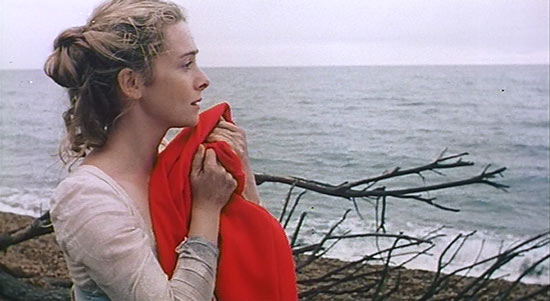 Frances Groves is an intelligent, headstrong young woman who has spent the better part of the time she might have spent courting caring for her father instead. And so when an unremarkable businessman gives her a reasonable offer of marriage, she accepts. Meanwhile, the army has stationed a company of German soldiers on her father’s land for training. Weeks go by and she hears nothing from her lackluster suitor.

While wandering about the estate, she happens upon a Hussar, Sargent Singer, who shares her love of poetry. The two begin to get acquainted and strike up a friendship.  That friendship quickly turns romantic.  Frances must decide between the man her father believes she ought to marry and the man she is falling in love with. Little does she know, that his company, tired of war and wishing to go home is considering desertion.  An act punishable by death.

Accompanying the events of the film is a wistful and beautiful score, reminiscent of the English countryside in which it is set. The costumes are extremely well done and correct to the period. The film makes use of the beautiful county of Dorset. The actual look of the film is a little dated, using cameras which make the film look older than it is. Though this does not really diminish the overall effect of the story. 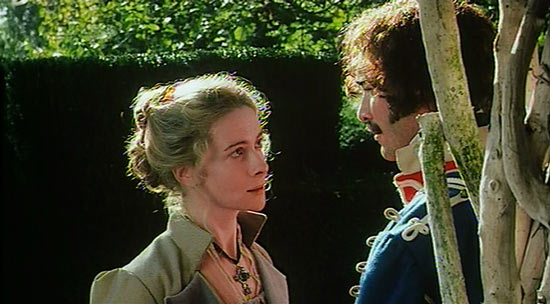 The two leads are witty and passionate, with a good chemistry. The love story can feel a little rushed at times, but that is believable when people are seizing happiness where they can. Simon Callow plays his part well as the pompous and hateful Captain Fairfax. Jack Sheppard gives a quiet yet meaningful performance as Frances’ father who blindly believes he knows what is best for his daughter’s happiness. Linda Bellingham is under utilized in a small but important role.

In terms of time setting and themes it is similar to Austen, though as is common with Hardy much more emphasis is placed on passion and tragedy. His social commentary is clear, however. 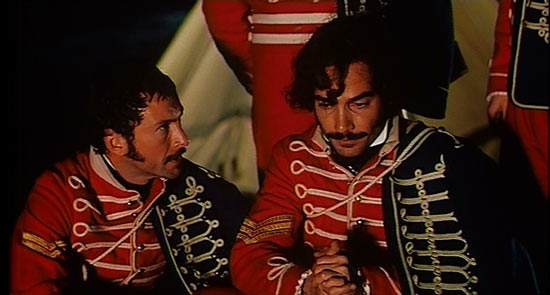 Some scenes are somewhat reminiscent of corresponding moments in Far From the Madding Crowd.  For example, when Frances catches her dress on a root and her soldier companion frees it for her causing the two to share a moment. However, Matthaus Singer is a far cry from the dishonourable and repulsive Frank Troy. 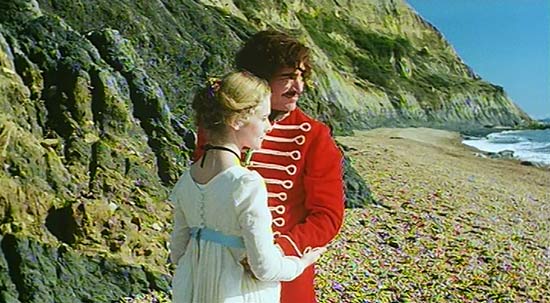 It is a small budget film that goes largely unheard of which is a pity. It is a romantic vignette that explores passion, loneliness and propriety with an ending I didn’t expect. A treat for fans of Hardy and Regency era drama.

Our romance-themed entertainment site is on a mission to help you find the best period dramas, romance movies, TV shows, and books. Other topics include Jane Austen, Classic Hollywood, TV Couples, Fairy Tales, Romantic Living, Romanticism, and more. We’re damsels not in distress fighting for the all-new optimistic Romantic Revolution. Join us and subscribe. For more information, see our About, Old-Fashioned Romance 101, Modern Romanticism 101, and Romantic Living 101.
Pin this article to read later! And make sure to follow us on Pinterest.
By Elinor Cackett on July 28th, 2015