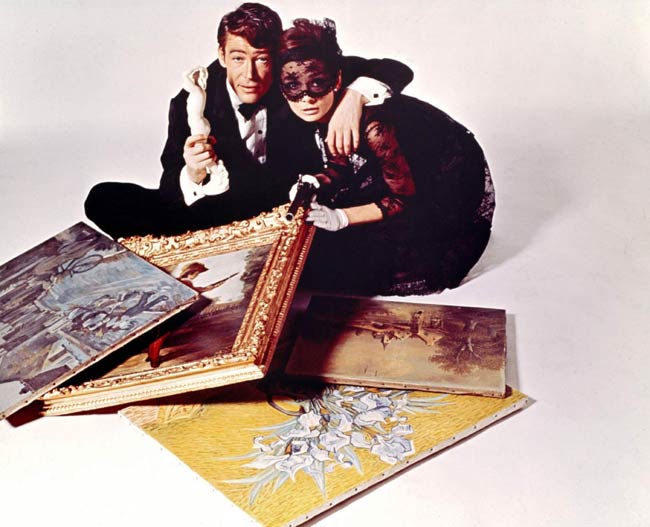 How to Steal a Million does not take itself too seriously, and that is the beauty of the film. As with most comedies of its time, this movie has a whimsical feel to it and aims to entertain and leave you with a happy after taste. In today’s era with its plethora of hi-tech gadgets, it is difficult to envision a heist without computers and futuristic accessories. However, How to Steal a Million manages to surprise the viewer with a plausible robbery the old fashioned way, carried out by a resourceful lovable duo. 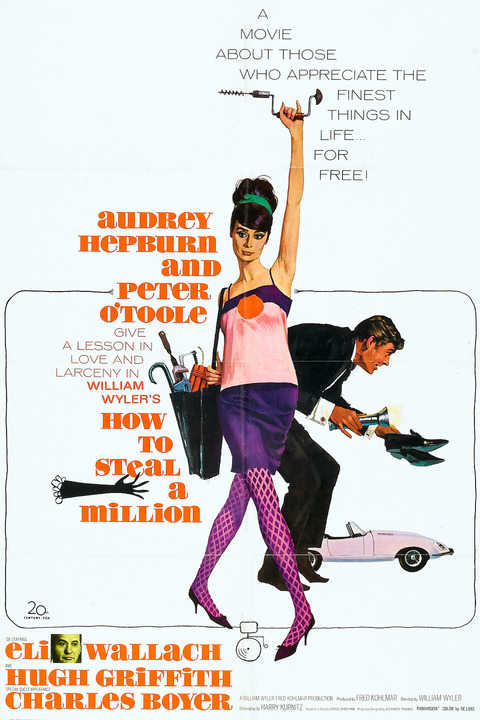 Audrey Hepburn stars as Nicole, the daughter of a Paris millionaire. Her father is renowned as an art collector, but his love for art goes beyond that. In his hidden attic, he forges paintings, displaying them to the world as original masterpieces by great painters. The father with questionable morals shares a warm relationship with his daughter, who is quite terrified of being caught by the police. He has been lucky for many years and is confident that he will not be caught any time soon.

Simon, played by Peter O’Toole, is a burglar with style, who drives fancy cars and stays at posh hotels. He is caught by Nicole trying to steal one of the forged paintings. In a cute hilarious scene, Nicole shoots him, then bandages him and finally ends up driving him safely back to his five star hotel, instead of reporting him to the police. I was convinced that Simon is perhaps a rich art connoisseur himself and only pretending to be a burglar. The end had me pleasantly surprised.

As always, Audrey Hepburn excels in her part and looks gorgeous. Her dresses are fashionable and her character was funny and adorable. Peter O’Toole was a revelation. Simon’s character had an easy assurance and I could see why he could almost effortlessly sweep Nicole off her feet. Usually, I find the lead actors older than my liking in such films. But, Peter is handsome, elegant and suited well paired opposite Audrey. I wonder how I have missed watching his movies all these days! 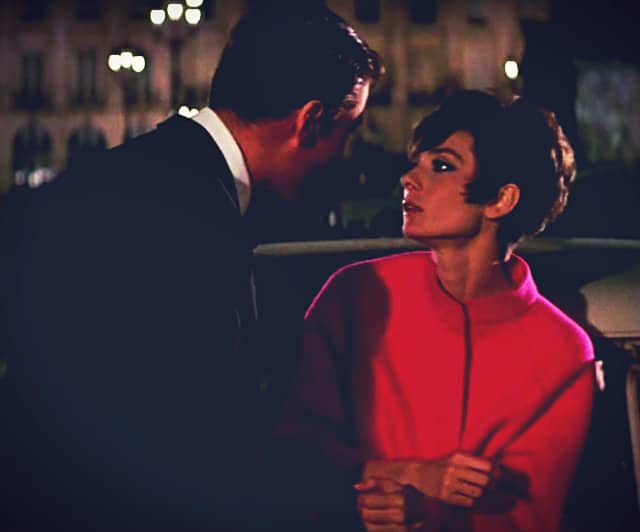 Coming back to the movie… when Nicole’s father forges a Cellini Venus sculpture and loans it to an art museum, it is time for the daughter to take matters into her own hands. She enlists the intriguing, maddening burglar’s help in stealing the sculpture from the high-security museum.

One of my favourite moments of the film was when Simon uses a strong magnet and shoe lace to break himself and Nicole free from a locked closet. The plan and props were simple, yet superbly effective. And during the robbery, the hero and heroine got a few memorable romantic moments as well.

I did tend to get a little lost by the art related references, but the dialogues were witty and the comedy had a sophisticated class to it. 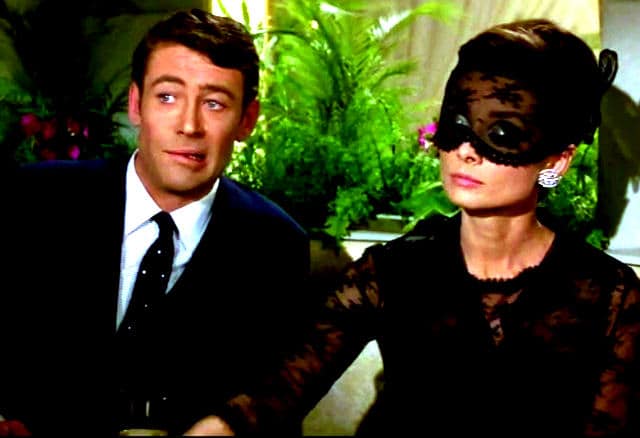 Finally, the moving ending has some nice twists which I don’t wish to give away. All in all, if you love Audrey Hepburn movies and enjoy a good old heist story then this is a must watch for you.

Our romance-themed entertainment site is on a mission to help you find the best period dramas, romance movies, TV shows, and books. Other topics include Jane Austen, Classic Hollywood, TV Couples, Fairy Tales, Romantic Living, Romanticism, and more. We’re damsels not in distress fighting for the all-new optimistic Romantic Revolution. Join us and subscribe. For more information, see our About, Old-Fashioned Romance 101, Modern Romanticism 101, and Romantic Living 101.
Pin this article to read later! And make sure to follow us on Pinterest.
By Rhea Sinha on August 31st, 2015

4 thoughts on “Vintage Film Review: How To Steal A Million (1966) – A Must Watch if you Love Art and Audrey”