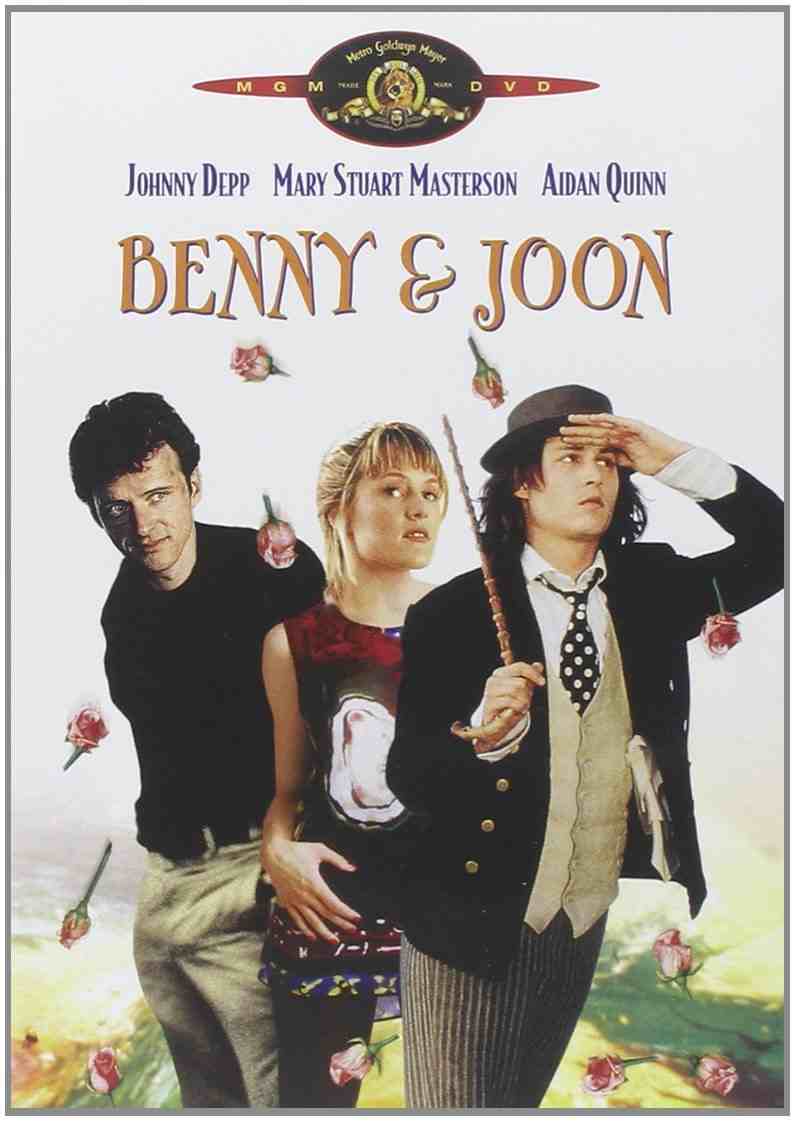 Benny and Joon is a whimsical romantic comedy about mental illness, family and slapstick. The film is bursting with big names in early roles such as Mary Stuart Masterson, Johnny Depp, Aidan Quinn, Oliver Platt, Julianne Moore, William H Macy and the ubiquitous C C H Pounder. The titular Benny and Joon are a brother and sister who live together because Joon has a serious unspecified mental disorder (symptoms make schizophrenia a likely candidate). Benny is at his wit’s end trying to take care of his sister during her ‘episodes’ and has put his own life on hold.

One night during a poker game with bizarre stakes, Joon loses and ‘wins’ Sam, a shy, unique young man who idolizes Buster Keaton. Reluctantly, Benny agrees to letting Sam come and live with them, but only because he needs someone to help watch Joon in the daytime. The two hit it off almost immediately and a sweet relationship begins to develop. But will the overprotective Benny understand? 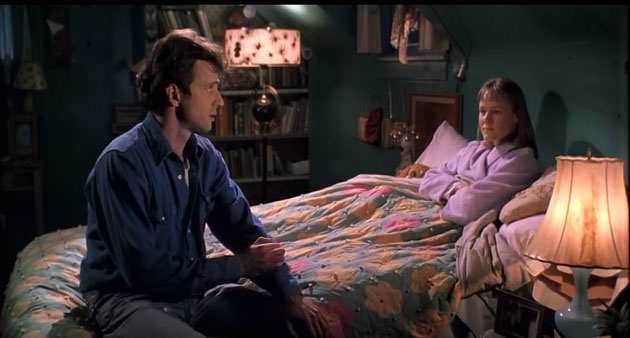 I’m sure the word offbeat was created for films like this. Everything about it is unusual yet strangely appealing. The characters are charming, complex and very real. Despite coming across as a light, whimsical romance, this film is not afraid to delve into the decidedly less zany side of mental illness and represent the real struggles of people who are mentally ill. This is a movie that can be endearingly weird one moment then heartbreaking the next. 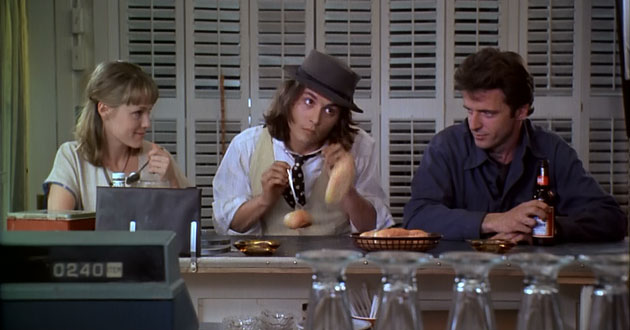 The soundtrack is perfectly matched to the film’s tone, jaunty and old fashioned. This only adds to the film’s sense of being slightly fantastical. There are indeed aspects of the film which feel unrealistic but seeing as it appears to be more of a fairy tale than a realistic portrayal of mental illness this is to be expected. The film never sensationalists these issues though. 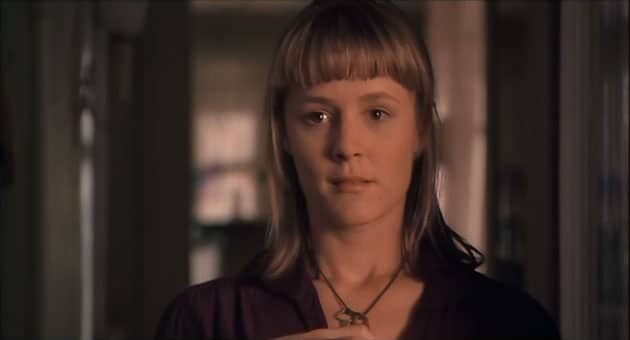 The film also makes use of old slapstick comedy as Sam performs engaging routines based on those of the masters. There is one particularly entertaining skit in a diner, where Johnny Depp reenacts a Charlie Chaplin sequence involving bread rolls which is terribly fun to watch. I have to admit to being a fan of these types of romances so my opinion may be a little biased. Nevertheless, the story is interesting and well put together. The performances are enjoyable, especially Johnny Depp as Sam. Mary Stuart Masterson is brilliant and enigmatic as Joon, playing her with understanding and obvious intelligence. Aidan Quinn turns in a sympathetic performance, playing the straight man to the other leads with a great amount of depth. 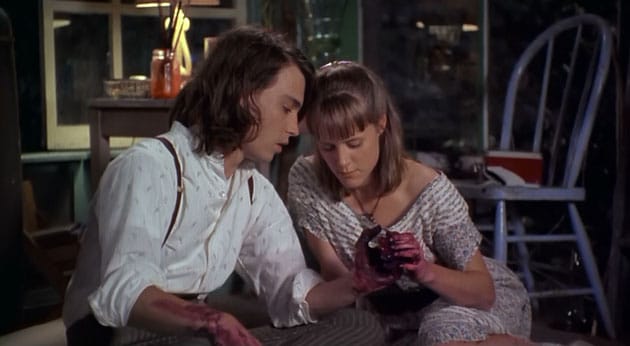 The film manages to be sweet without being overly saccharine. The love story is very believable and the chemistry between Depp and Masterson really shines. The physical comedy is genuinely laugh out loud and really captures the spirit of Keaton and Chaplin. Of course there are going to be many who do not see the appeal of such a film. However, If you enjoy stories about charming misfits who find one another and fall in love then I suggest giving Benny and Joon a chance.

Our romance-themed entertainment site is on a mission to help you find the best period dramas, romance movies, TV shows, and books. Other topics include Jane Austen, Classic Hollywood, TV Couples, Fairy Tales, Romantic Living, Romanticism, and more. We’re damsels not in distress fighting for the all-new optimistic Romantic Revolution. Join us and subscribe. For more information, see our About, Old-Fashioned Romance 101, Modern Romanticism 101, and Romantic Living 101.
Pin this article to read later! And make sure to follow us on Pinterest.
By Elinor Cackett on April 13th, 2015