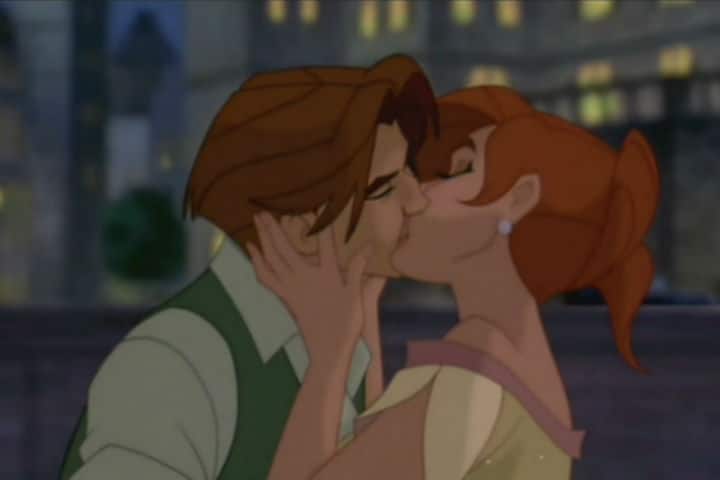 I’ve always been a bit of a snob when it comes to historical accuracy in my movies. As a result, there are some movies that I should hate, but that just are too likable and fun. For me, Anastasia, released in 1997, is one such movie. Maybe it’s because I grew up loving it, but I just can’t hate it. Anastasia was directed by Don Bluth, who also directed Thumbelina and The Secret of NIMH. 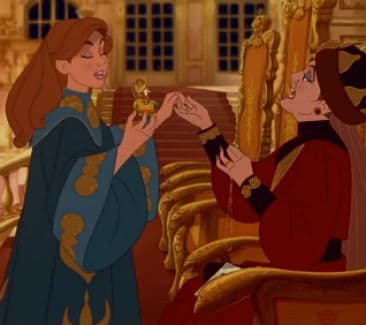 Our film opens in 1916 at a royal ball to celebrate the 300th anniversary of the Romanov families’ rule in Russia. Narrated by Czar Nicholas’ mother, Grandmama, she remembers this as a happy time in Russia. She particularly remembers the time spent with her favorite granddaughter Anastasia, who always missed her when she went to Paris. Because of this, Grandmama gives Anastasia a music box that plays their song and a key necklace that says “Together in Paris.”

Sadly, things take a turn when Rasputin, a former advisor, returns to the palace and curses the Romanovs, using a spell he sold his soul to get. He unleashes his new minions, who let the slightly angry Russian mob into the palace and stir up revolution. Anastasia and Grandmama escape the palace with the help of a young servant boy, but they are separated at the train station when Anastasia falls and hits her head. 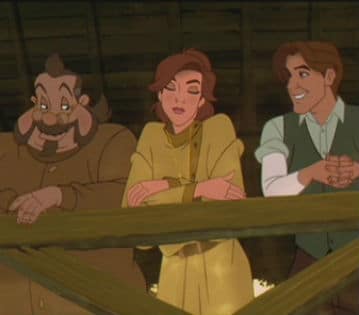 Ten years later, this same servant boy is a professional con man named Dimitri and Grandmama has offered a reward for the return of Anastasia, who is rumored to be alive. Dimitri and his partner Vlad decide to find an Anastasia look-alike to get the reward. While they’re looking, they find Anya, an orphan who looks suspiciously like the missing princess.

Anya is an orphan who has no memory of her past, but she does have a strange necklace that says “Together in Paris” on it. Determined to travel to Paris to find her family, she agrees to go with Dimitri and Vlad to meet the Grand Duchess and see if she is the lost Romanov, not realizing that they’re using her to get the reward.

As they travel, Anya and Dimitri begin to grow closer. Meanwhile, he realizes that she might be the real Anastasia after all. Rasputin is still around, however, and determined to kill the last Romanov.  When they arrive in Paris, Dimitri learns that Grandmama is not seeing any more girls who say they’re Anastasia, but he is determined.

Will Grandmama believe that her long-lost granddaughter has been returned? Can Anya find her family and remember her past? Will she get a happy ending? Do a princess and a servant boy have a future together? Will Dimitri’s lies catch up with him? Watch Anastasia to find out!

Anya/Anastasia is a wonderful character. She is a strong-minded and sassy character who knows what she wants in life and isn’t afraid to go after it. At the same time, she has amnesia and is at times a very vulnerable character because of it. This makes her more likable and more fun to root for; you want her to remember her past and her family. Plus, a character who has had so much tragedy in her life is a character that you want to see get a happy ending. 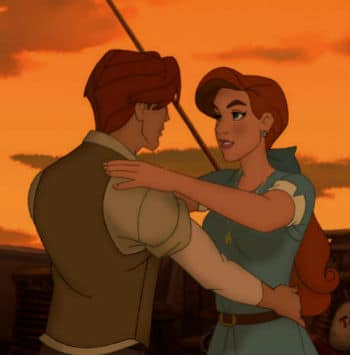 Dimitri is also a fun character. He goes from a young idealistic servant to a world-weary con man, but as he spends time with Anya, his character begins to soften. He starts to think that there may be more to life than money as he falls in love with someone in a very different social class.

The romance between our two leads is gradual. At first, they do not get along and they’re butting heads and fighting all the time. As they spend more time together, they grow to trust and respect each other, eventually falling in love. Not only is it a slow-burning romance, they also save each other’s lives and make sacrifices for each other on multiple occasions. It’s an equal partnership despite the class differences and one that I can’t help but root for. Part of their appeal to me is that they have to overcome so many issues, especially the princess/servant thing.

The supporting characters are great as well, especially Grandmama and Rasputin. Grandmama is exactly how I imagine a character in her situation would be. She has lost her entire immediate family, except maybe one granddaughter she is desperate to find. However, people keep pretending to be Anastasia and trying to take advantage of her grief. This must have been extremely painful, and the animation and voice acting certainly shows that. 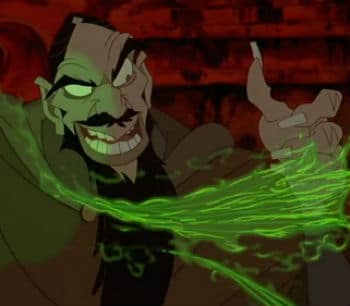 Our villain, Rasputin, is fantastically insane. Consumed by revenge and hatred, he tries to murder our heroine several times. His bat sidekick, Bartok, is a good balance to him. Bartok’s humorous lines contrast Rasputin’s very dark ones. He’s an effective villain who is equally entertaining and creepy.

Historically speaking, there are some issues. First, Anastasia was older than eight in 1916. The film also glosses over a lot of the Russian Revolution and ignores many of the reasons that the Revolution happened. They call it “a spark of unhappiness,” but the reality of life in Russia at the time was grim. Of course, it’s more fun to have an immortal crazy villain than to have an inept king and a horrible massacre of the royal family, so I’ll let that one slide. Plus, the film is very clear about what it is; they have a talking bat and magic. Don Bluth is not going for realistic here, and I kind of love it.

The animation is fantastic in this movie. I love the way they weave Anya’s flashbacks 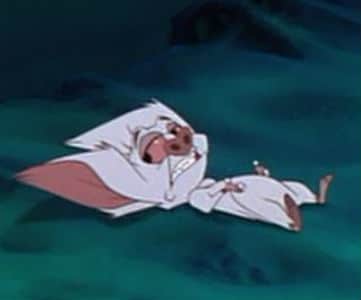 through the story, and this is helped by the music. The background music in the film is epic in all the right places, giving the story a grand feeling. The musical numbers also fit in with the story very effectively. This film also had a historical consultant, who helped with backgrounds and costume design. I assume they also told the writers the things that they couldn’t change when it came to history. A talking bat only gives you so much leeway.

I know it’s not historically accurate, but because they added in a talking bat and magic, I give the film a pass. If you’re looking for a lovely animated film with action, adventure, romance, and humor, I would recommend Anastasia. If you are looking for a semi-happy retelling of a very tragic event in Russian history, or you just like well put together princess movies with amazing music, you’ll probably enjoy Anastasia.

Our romance-themed entertainment site is on a mission to help you find the best period dramas, romance movies, TV shows, and books. Other topics include Jane Austen, Classic Hollywood, TV Couples, Fairy Tales, Romantic Living, Romanticism, and more. We’re damsels not in distress fighting for the all-new optimistic Romantic Revolution. Join us and subscribe. For more information, see our About, Old-Fashioned Romance 101, Modern Romanticism 101, and Romantic Living 101.
Pin this article to read later! And make sure to follow us on Pinterest.
By Bailey Cavender on April 26th, 2017